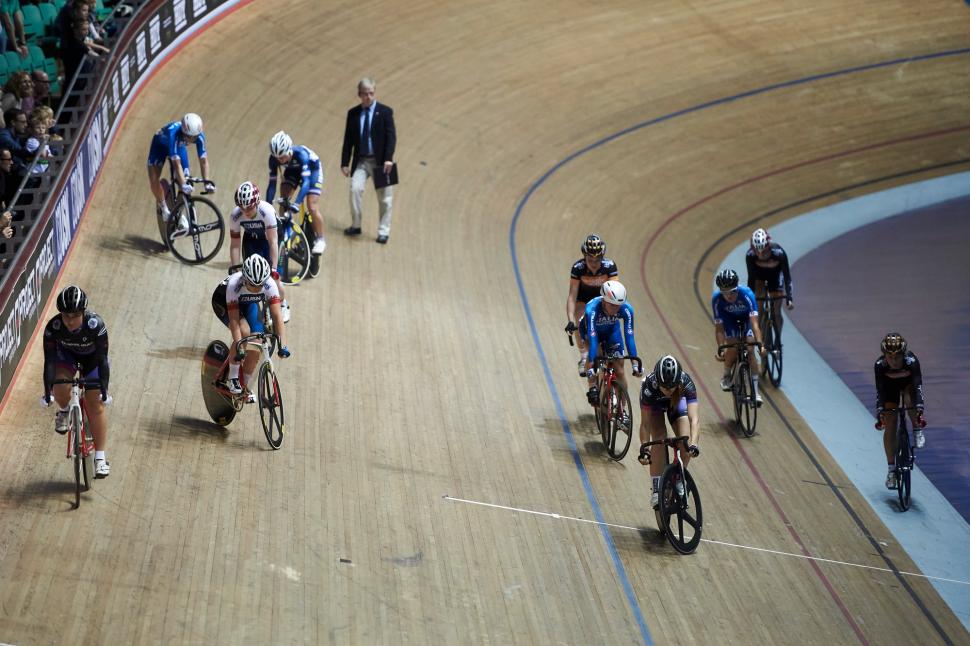 With only a week's notice of the event, dozens of women turned up for all-comers track session...
by Sarah Barth

A women-only track session at Derby Arena will be repeated in the new year after 48 riders turned up for the inaugural meet.

Kate Samways, a director of city bike shop Samways Cycles, was helped to set up the event by British Cycling.

Riders were spilt into three categories – absolute beginners, those who had been on the track before and experienced track riders looking to hone their craft.

Expert coaches led the session, which proved to be a huge success.

"It was an absolutely brilliant day – the session has been getting rave reviews from all the women who attended," Kate told the Derby Telegraph

"I was only asked to organise it a week in advance but we could have filled it over again.

"The response we had was phenomenal and it's great to have something like this to empower women and give them an opportunity they might ordinarily not have.

"There was something for everyone, whether people had been on the track or not.

"Many went on the track for the first time – and now they are crying out for more.

"It has given those who are not in a cycling club and are not used to being out on the track the confidence to believe they can do it.

"It pushed them out of their comfort zone and gave them a real sense of achievement."

More details of future events will be found here.

The UCI is ran a trial involving young international riders in response to a request from the International Olympic Committee (IOC) which is pushing for more gender equality from international federations. If deemed successful, mixed events could form part of the Tokyo 2020 Games.

The riders involved will take part in a mixed team sprint and a mixed madison event with the UCI also investigating the possibility of a mixed time-trial relay on the road.

IOC president, Thomas Bach, has been a major driving force behind the decision. The inclusion of mixed gender events is one suggestion from his Agenda 2020 programme which seeks to modernise the Olympics. Currently, mixed teams feature in just two Olympic sports, equestrian and sailing – with mixed crews in the latter permitted in just one event.

UCI president Brian Cookson said that the sport would give the idea a go. “When the president of the IOC says something, we take it seriously. So we’ll have a look at it.”
- See more at: http://road.cc/content/news/146058-mixed-men-and-women-track-event-trial...