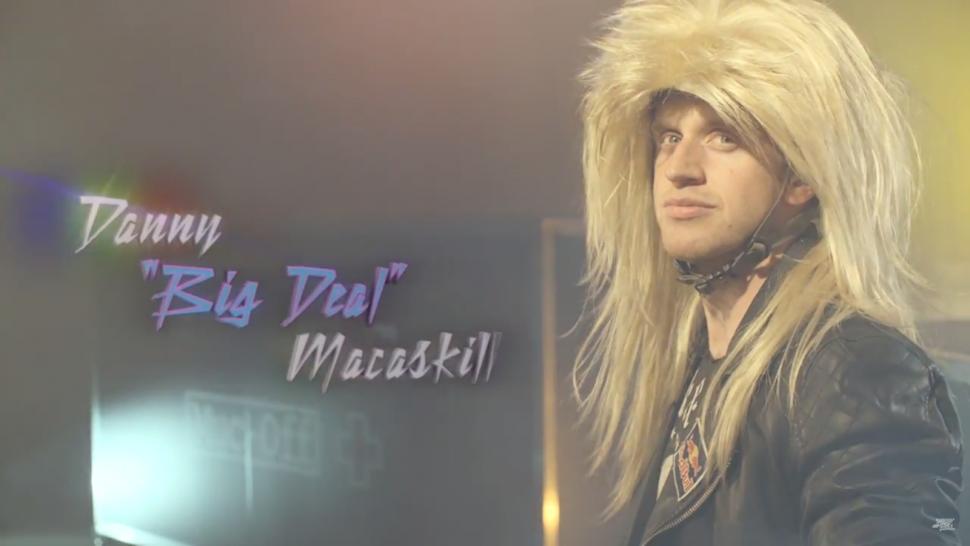 Danny MacAskill’s latest video sings to rather a different tune.

Titled Drop and Roll, McAskill’s latest installation, a tongue-in-cheek 80s rock homage, is rather a departure from previous videos, melding the epic with the downright silly.

You may need a second watch to get past the “what the…” factor, but there’s some seriously impressive bike acrobatics in there.

Our personal favourite, though, has to be the bike to power slide across a stage, while the bike continues underneath, before a smooth remount. Seriously impressive silliness. MacAskill and co., we salute you.

You can find out more about the Drop and Roll tour here.

1
Cyclist's severed foot found on hit-and-run suspect's car as driver arrested
2
"They said give us the bike or we stab you": Another cyclist targeted by motorbike-riding muggers on popular route out of London
3
Prominent transport author claims appointment of Chris Boardman as Active Travel Commissioner is part of "Great Reset agenda"
4
Near Miss of the Day 793: No action for driver overtaking into oncoming traffic (+ interesting Operation SNAP feedback)
5
road.cc Recommends updated with 11 brilliant new products
6
Near Miss of the Day 792: National Express bus driver in ultra-close pass on cyclist (includes swearing)
7
Would you like to see the crazy Cadex tri bike in the Tour de France? Plus new stuff from Elite, CeramicSpeed, Santini, Bollé, MAAP & more
8
How does this work!? Crazy half-wheeled bike concept goes viral