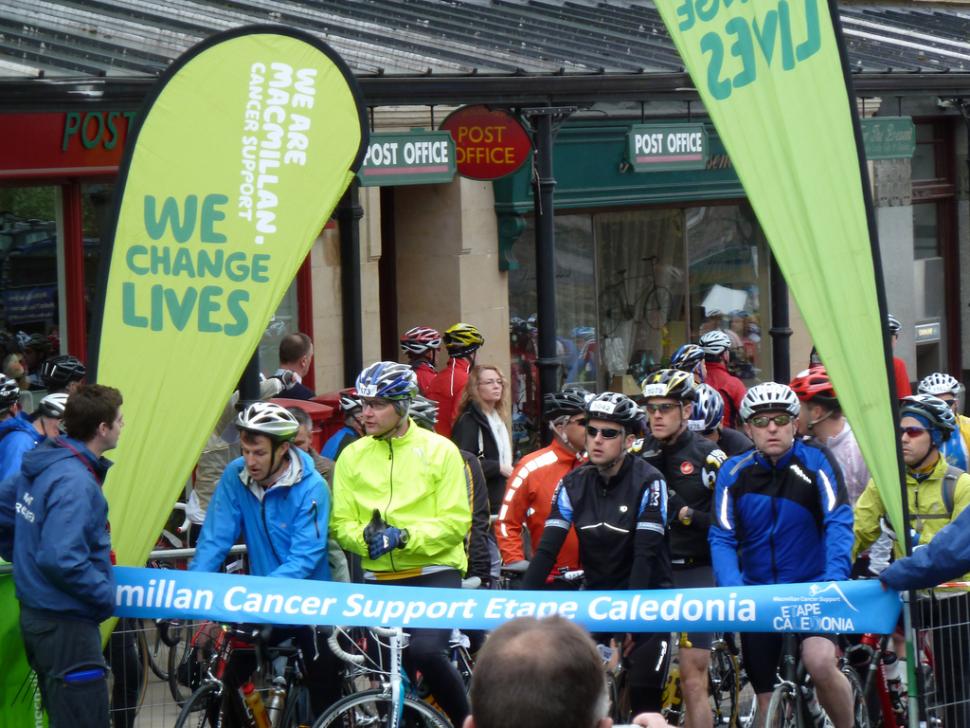 Organisers of the Etape Caledonia are celebrating the success of this year’s ride, which attracted more than 4,500 cyclists to Pitlochry in Highland Perthshire at the weekend and happily passed off with no repeat of the sabotage that marred last year’s event.

The Press and Journal reports that as promised prior to the event, the local Anti-Closed Road Events (Acre) pressure group did not stage a demonstration against the 81-mile race, which was won by Robert Bateman, from Falkirk, who came home in 3 hours 29 minutes 51 seconds, a new record for the event, now in its fourth year. He beat Olympic skier David Ryding from Lancashire by just a third of a second in a sprint to the line.

Amid a carnival atmosphere, John Swinney MSP waved the flag to start the event, and afterwards said: “It's been a fantastic day and the whole town has turned out to make the atmosphere really special. It's not like a real race because the cyclists can work together on the closed roads and provide each other with the support they need."

Participants included former World Champion and Hour record holder Graeme Obree, who also expressed his enthusiasm for the event and said that the views of the protesters weren’t reflected by everyone in the local community.

“I live in Ayrshire and you'd think from the little that we hear down there that everyone in this area is anti-cycling, but all the people I have spoken to think this is a great thing,” he explained.

“A lot of the people taking part here are new cyclists, and the fact it is closed roads is a definite attraction. There is no danger from passing traffic and a lot of people are only doing it because the roads are closed," he added.

Organisers IMG were seeking to raise £430,000 for Macmillan Cancer Support, and while their contract to run the race is due to expire next year, they are reported to be hopeful of securing the rights to run it for a further five years commencing in 2012.

Last year’s event was plunged into chaos when protesters sprinkled carpet tacks on the route, resulting in some 500 riders suffering punctures. A local man, former solicitor Alexander Grosset, a vocal opponent of the race, was charged in relation to that incident, but charges were later dropped.

Other celebrities who took to their bikes yesterday included former Olympic rower James Cracknell and Ben Fogle, with whom he has rowed the Atlantic and trekked to the South Pole. Fogle, however, was forced to abandon the Etape after coming off his bike.

An IMG spokesman said: “We are delighted the 2010 Macmillan Cancer Support Etape Caledonia has proceeded as planned. We've enjoyed a real party atmosphere and a particularly warm Highland Perthshire welcome from the community and businesses."