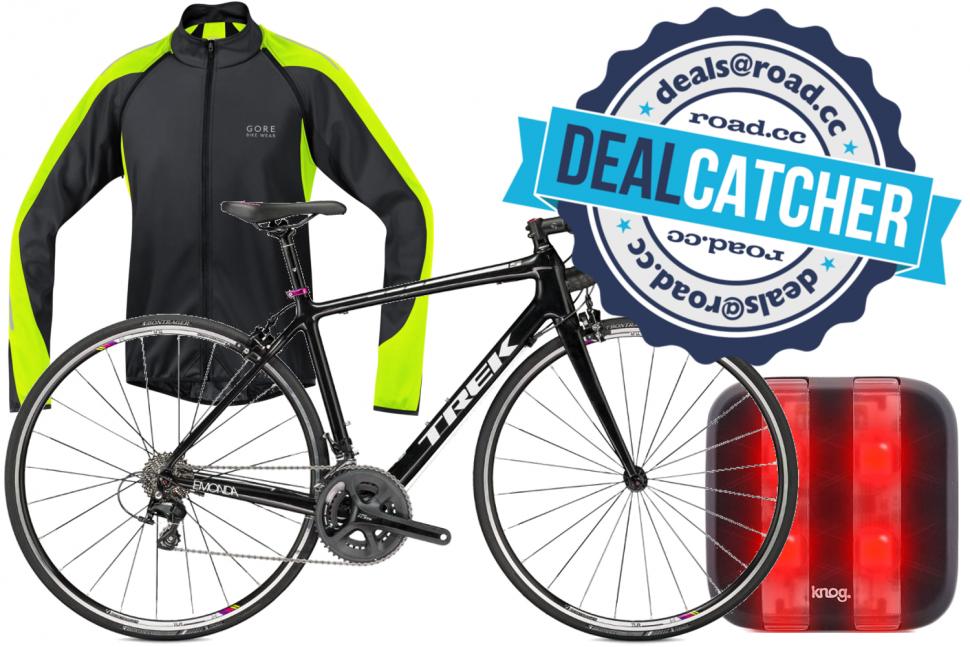 Check out the DealCatcher's for 33% off a Trek Emonda, 40% off a Gore jacket & a Knog Blinder rear light...
by Elliot Johnston

The DealCatcher's just got back from another online trawl of the best deals going in the world of internet retail. You'll be pleased to know he's returned with bargains that'll have you scrambling for your wallets.

First up is the hugely adaptable Gore Bike Wear Phantom 2.0 Softshell Jacket. Windproof and with removable sleeves, it'll see you right in all sorts of conditions.

Second there's a third off Trek's Emonda S5 women's road bike over at Leisure Lakes Bikes. A carbon frame and Shimano's 105 groupset make it a bargain at under £1000.

Finally Vanilla Bikes have a cracking 27% off Knog's brilliant Blinder GT Stripe LED rear light. We've had Knog's range of Blinder lights in for test a number of times over the last few years, and we've thought very positively of them every single time. If you're like us here at road.cc, the next few months will leave you in something of a dilemma every single day.

The weather, being as unpredictable as it is in the UK, is even more unpredictable at this time of year. Overcast mornings can end up as toasty afternoons of unseasonable sun, or really wet, cold, and wintry.

To see you through these days having a wardrobe of adaptable clothing can be key. Items like this Gore Phantom 2.0 are absolutely invaluable.

We reviewed Gore's 30th anniversary celebration Softshell Phantom 2.0 jacket last year, and our man Dave Atkinson gave it an 8/10. Adding that it had quickly become one of his wardrobe favourites. 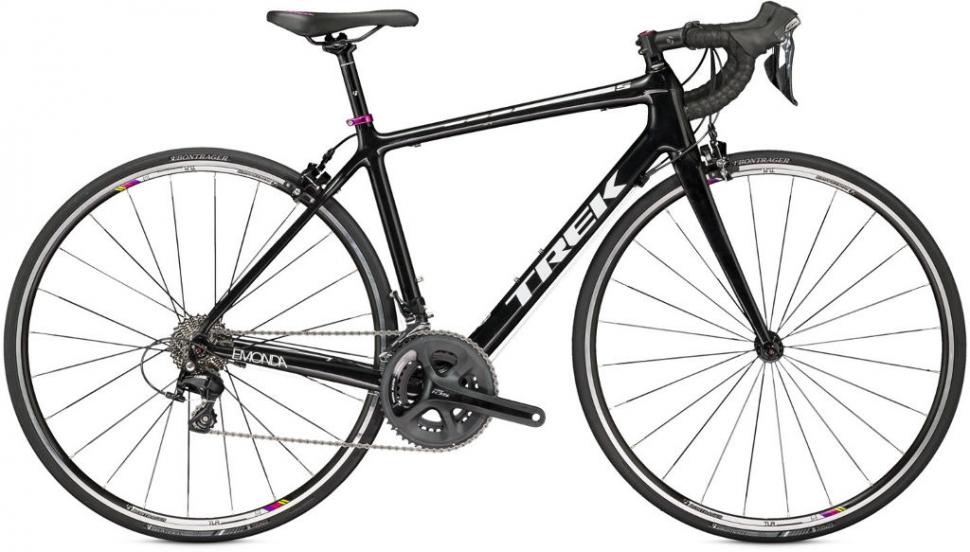 As far as sub-£1000 bikes go, it's not often that you can list off a stats sheet like this one.

The Emonda range, Trek claims, features the lightest production road bike in the world. The entire range is geared towards speed and performance, and the S 5 is no different.

We covered the launch of the Emonda range in detail. There's a link below if you're interested in reading more.

Knog are back on the DealCatcher with one of their fantastic button Blinder lights.

Over at Vanilla Bikes you can get your hands on the brilliantly visible Blinder GT Stripe rear light for a touch over £20.