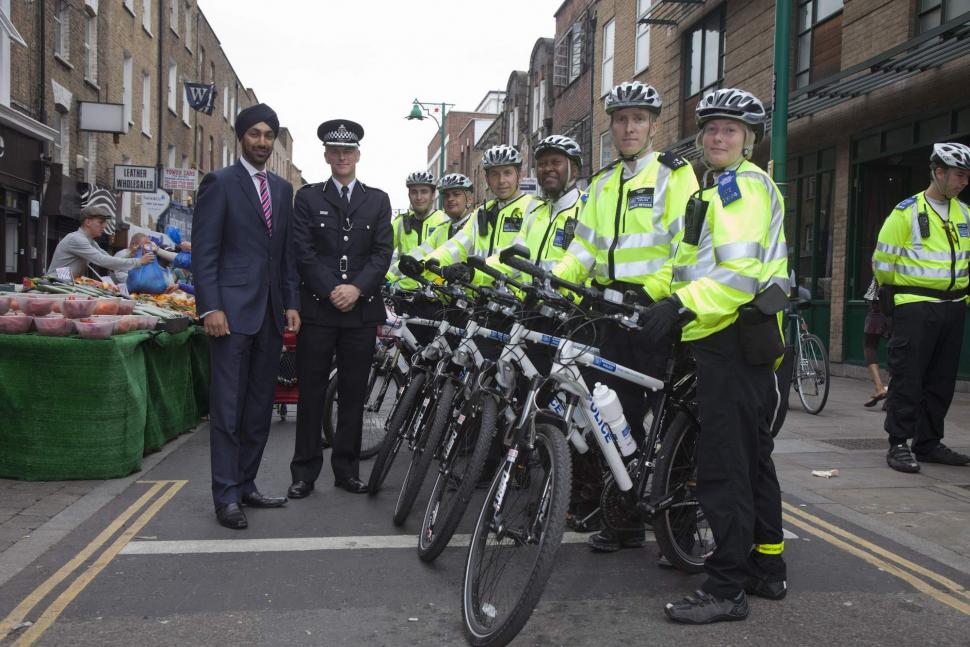 Transport for London (TfL) has this morning announced the launch of a 30-strong police unit dedicated to addressing the issue of stolen and vandalised bikes in the capital, and Together with Mayor of London Boris Johnson, it has also published a draft Cycle Security Plan in an effort to tackle the theft of bicycles in the city.

Officers will undertake patrols by bike, dealing with reports of theft and criminal damage and, working in partnership Safer Transport Teams, will also hold bike-marking sessions and provide advice on registration and ways to lock up bikes to deter would-be thieves.

The team will also help implement the Mayor’s draft Cycle Security Plan, which outlines how officers will deal with bike theft and vandalism, as well as combating organised cycle theft, looking to disrupt sales of stolen bicycles by working alongside websites such as eBay and running undercover operations targeting street traders, and working with cyclists’ organisations and local councils to help promote cycle security.

The latter is very much top-of-mind for the London Cycling Campaign at the moment, which is running a Beat The Thief campaign this year including trying to prevent the sale of stolen bikes through websites such as Gumtree and eBay.

TfL also plans to provide an additional 66,000 cycle parking spaces in London by 2012, supported by CCTV and improved lighting in an effort to deter thieves and vandals.

The transport body added that it is working alongside manufacturers, retailers and other organsiations to help establish a code of practice to be followed by vendors of second-hand bicycles.

It is also setting up a central database of marked bicycles in London to enable police and retailers alike to verify the owner of bikes believed to have been stolen or which are offered for sale second-hand.

Kulveer Ranger, the Mayor of London’s Transport Advisor, said: “The Mayor’s vision is for a cycling revolution in the Capital and key to that is the need for greater cycle security. With ever greater numbers of Londoners taking to two wheels we need to make sure when they park up their beloved bicycle they can do so in confidence it will be there when they return.”

He continued: “We want this new cycle squad and the actions set out in our plan to reassure everyone who cycles in the Capital of our focus on making London as safe and secure as possible, and the best big cycling city in the world.”

Steve Burton, TfL’s Director of Community Safety, Enforcement and Policing, said: “London’s a great place to get around on a bike, but the experience of having your bicycle stolen or damaged, or the fear that it will happen, stops many people from cycling - which makes us even more determined to crack down on cycle theft in the Capital.”

He added: “The new Cycle Task Force policing team will be dedicated to cracking down on bike thieves but will also work with Londoners to show them the steps they can take, such as ensuring they lock their bicycles securely, to help prevent themselves from becoming victims of theft or vandalism.”