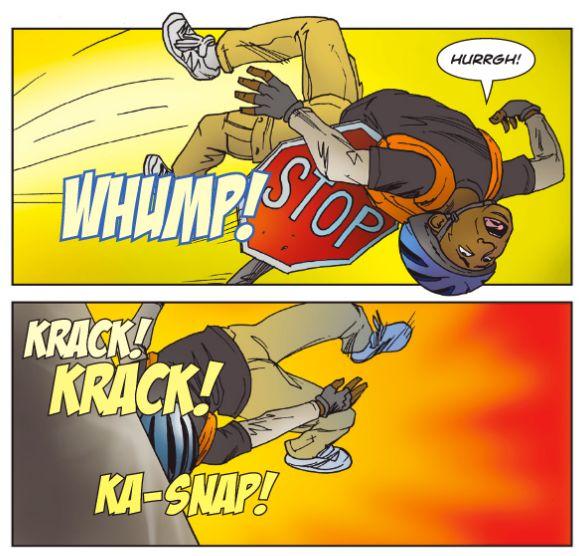 But are the comic strips from Phoenix, Arizona, too graphic? One parent thinks so
by Simon_MacMichael

A city in the United States is promoting cycle safety to children through a series of short graphic novels – and ‘graphic’ is the right word, given the content.

Commissioned by Phoenix, Arizona’s Street Transportation Department, the artwork leaves little to the imagination, with the six titles each focusing on one potential hazard for children on bikes.

Those topics include advice to wear a helmet, not ride in the blind spots of large vehicles or jump red lights, and to avoid the ‘door zone.’

Each graphic novel - you can find them all here - also includes tips on how to do safety checks on a bike and for safe riding. 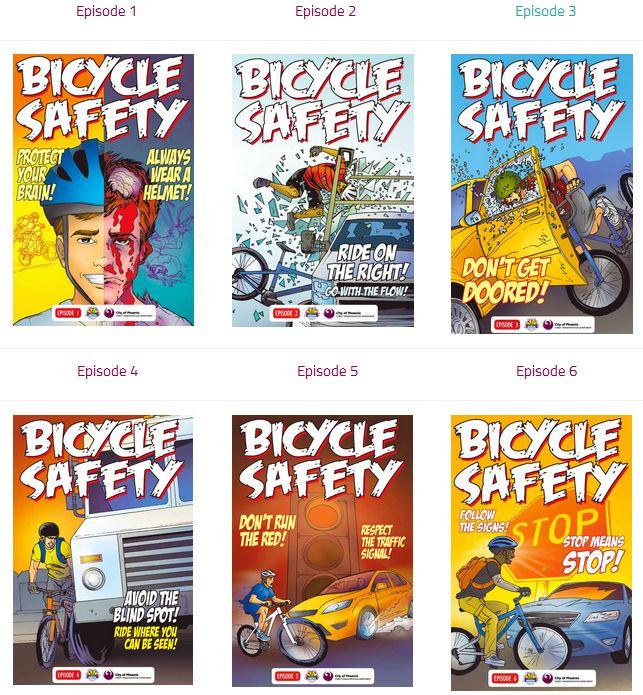 Given out at cycle safety events at schools and elsewhere, they’re the work of illustrator Rob Osborne, who told AZ Central that his aim was to shock to reinforce the points being made – including, in one strip, a youngster who ignore a ‘Stop’ sign getting killed.

He says he has little in the way of negative feedback.

But Nichole Schaffer, mother of a nine-year-old girl who was given one of the novels at a cycle safety event at her school, said: "I thought, 'This can't be real’." She said the content had "freaked out" her daughter,” and added that "It looks like something out of a horror movie."

Monica Hernandez, spokeswoman for the Street Transportation Department, said: "There's nothing comical about this. This is serious."

The city is now working on a new campaign aimed at children from kindergarten age, and again Osborne will provide the illustration, although he said, "I suspect we won't be as over the top."

According to local news reports, two cyclists have lost their lives in Phoenix within the past month, both victims of hit-and-run drivers.