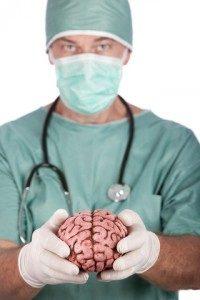 Ever wondered how pro cyclists are able to put the required miles in for training and racing without getting, well, bored?

New research from Kent's School of Sport and Exercise Sciences shows for the first time that elite endurance athletes have superior ability to resist mental fatigue.

Professor Samuele Marcora, Director of Research at the organisation, co-authored a report in the journal PLOS ONE entitled Superior Inhibitory Control and Resistance to Mental Fatigue in Professional Road Cyclists, which found that pro cyclists, as opposed to recreational ones, slowed down less when asked to perform a task designed to tire out their brains.

After each cognitive task, participants completed a 20-min time trial on a cycle ergometer. During the time trial, heart rate, blood lactate concentration, and rating of perceived exertion (RPE) were recorded.

The professional cyclists completed more correct responses during the Stroop task than the recreational cyclists.

During the time trial, the recreational cyclists produced a lower mean power output in the mental exertion condition compared to the control condition.

The authors wrote: “In addition, the professional cyclists performed better than the recreational cyclists in the computerised cognitive task which measure 'inhibitory control' or willpower. This is not surprising as the ability to suffer is a major factor in the sport of cycling .”

The authors concluded that these psychobiological characteristics may be genetic, and also may be developed through the training and lifestyle of professional road cyclists.

For the study, Professor Marcora and colleagues compared the performance of 11 professional cyclists and nine recreational cyclists in various tests.

Professor Marcora added that the two effects go hand in hand, because becoming resistant to mental fatigue should bolster willpower during the latter stages of a long competition such as the Tour de France.

Although largely hereditary, he speculated that superior willpower and resistance to mental fatigue may be trained through hard physical training and the demanding lifestyle of elite endurance athletes.

Professor Marcora is also developing, in collaboration with the Ministry of Defence, a new training method (Brain Endurance Training) to boost resistance to mental fatigue and endurance performance even further.