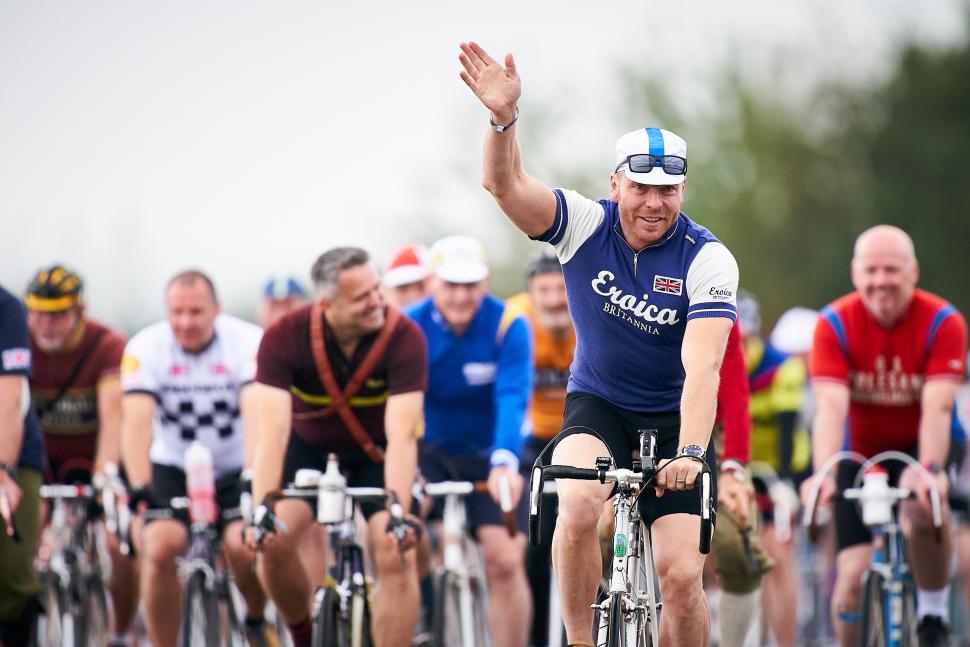 The retro cycling festival, which has not been held since 2019, was scheduled to take place in early August at its new home of Goodwood
by Ryan Mallon

The 2022 edition of the Eroica Britannia, the UK version of the Tuscan retro cycling festival, has been postponed due to what the event’s organisers have described as “a number of logistical and supply chain challenges”.

First held in the Peak District in 2014, the weekend-long vintage bike festival was set to return in August, following a three-year coronavirus interlude, at its new home of Goodwood, West Sussex, the iconic motor racing venue which also played host to the 1982 UCI road world championships, won by Britain’s Mandy Jones and the Italian “gunshot of Goodwood” Giuseppe Saronni.

As well as its showpiece Sunday rides, ranging from 20 to 100-mile routes – and all on pre-1987 equipment – the weekend was also expected to feature music, local food and drink, family track rides, and a visit from Jones and Sarroni to reminisce about their rainbow-jersey winning heroics.

However, despite everything seeming in order when we attended the test event earlier this year (complete with sparkling wine lunches and flat whites made by Sir Chris Hoy himself), this morning it was confirmed by the Eroica Britannia organisers that the festival will not be taking place in August 2022.

“It is with great sadness that Eroica Britannia has been postponed until 2023,” the organisers said in a statement.

“The event was due to take place on 6-7 August 2022, but a number of logistical and supply chain challenges have made it very difficult to deliver the world-class event we’ve all been looking forward to.

“Like you, the whole team at Goodwood are disappointed that the event won’t be happening this summer.

“We’d like to thank you for supporting the event’s move from the Peak District and we look forward to welcoming you, the cycling community and our partners to West Sussex and the South Downs National Park next year, to celebrate all things cycling at Goodwood. Stay tuned for future announcements about the 2023 event.”

The organisers also confirmed that anyone who had purchased tickets for August’s event will receive an email later today with further information.

The Eroica’s sudden cancellation has come as something of a shock to its prospective, vintage bike-loving participants.

Less than two weeks ago, the organisers held a competition to win two non-riding tickets to the festival, while representatives from Goodwood and several Eroica riders – on board an array of 1950s bikes – took part in the Platinum Jubilee Pageant in London on Sunday 5 June.

With the organisers adamant that the event will return to the South Downs in 2023, hopefully our man Dan will have learned how to use downtube shifters by then…