Subscribe
Back to news
news
Art and design
Charity 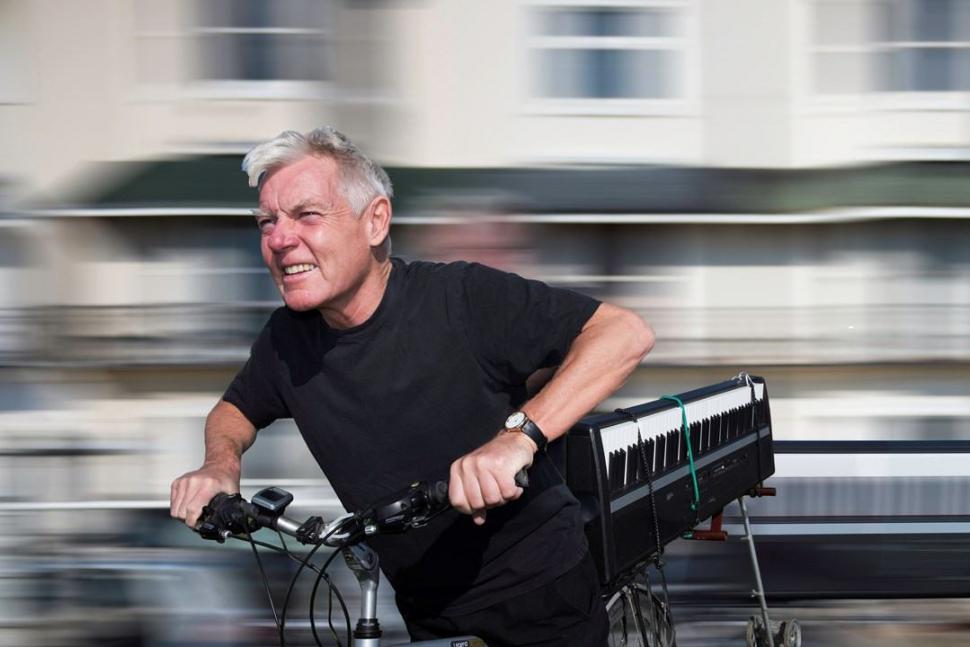 Musician travels to seven gigs in a day...by bike

A musician has cycled to seven gigs in a day – with a keyboard in tow – in aid of Children in Need.

Jazz musician and artist Mike Hatchard played an hour long gig at each destination, before getting back on his bike to the next one.

The musical trip, from Shoreham-by-Sea, via Brighton, Rottingdean, Eastbourne and Bexhill, to St Leonards, started with a breakfast gig at Ropetackle Arts Centre at 10am on Friday, and finished after midnight on Saturday.

Mr Hatchard told The Argus: "It was crazy. It was going to be five concerts initially, but then the Underground Theatre in Eastbourne called me, so it was six. And then I added on the Azur show, so seven.

"I would cycle, get off my bike, do an hour-long concert, get back on, cycle again, get off again, play again... and it just went on like that."

"It was only just about physically manageable - there were five hours of cycling. I didn't really eat – I just had energy bars and ten minutes' sleep in Eastbourne."

Mr Hatchard has raised more than £7,800 via his Just Giving page – but hopes to raise £10,000 in total for the children’s charity.

The idea came after Hatchard finished a 1400 mile ride from Lands End to John O’Groats, in which he says he played more than 50 gigs along the way.

We're wondering if Miles Davis was also part of his inspiration.