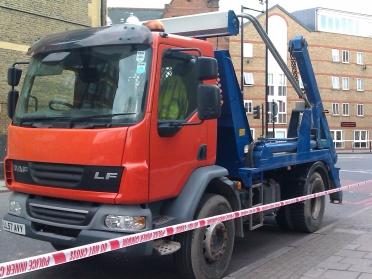 HGV skip lorry cordoned off at the scene of a cyclist s death.jpg

A university chancellor in London says that foreign students are put off studying in the UK, because road safety is so poor.

"This last year we have had [almost] 20 people in London, on bicycle or foot, killed by lorries.

“We are the gold standard for higher education in the world. [But] we are under such considerable pressures, due to concerns about immigration and visa controls.

A lot of people in other countries are starting to see Great Britain as a less attractive place to come and study. Anything that diminishes that motivation is very bad news.”

Professor Cooper has now written to Sadiq Khan, the Mayor of London, to address his concerns following the death of one of his students, Italian prince Filippo Corsini in Knightsbridge in October.

“Filippo was a very highly qualified cyclist. Almost the last words he had for his sister were, ‘I love cycling’.”

A spokesman for Mr Khan said: “The Mayor is introducing a world-first ‘Direct Vision’ standard for lorries in the capital, banning the most dangerous HGVs from London’s roads completely by 2020.”

Back in 2011 we reported the death of Deep Lee, another student in London.

Her boyfriend and the driver of the lorry involved in the collision that claimed her life at King’s Cross both said that the layout of the junction where she died was a factor in her death and criticised Transport for London (TfL) for not doing enough to protect cyclists.

And in 2013 a verdict of accidental death was recorded in relation to a French student who was killed by a lorry while riding a Barclays Cycle Hire Scheme bike at Aldgate.

The 20-year-old, in London for a year on a work placement as part of her French university course, was the first person to be killed while riding one of the capital’s hire bikes.

The fatal incident took place on Barclays Cycle Superhighway 2 (CS2), which runs from Aldgate to Bow.