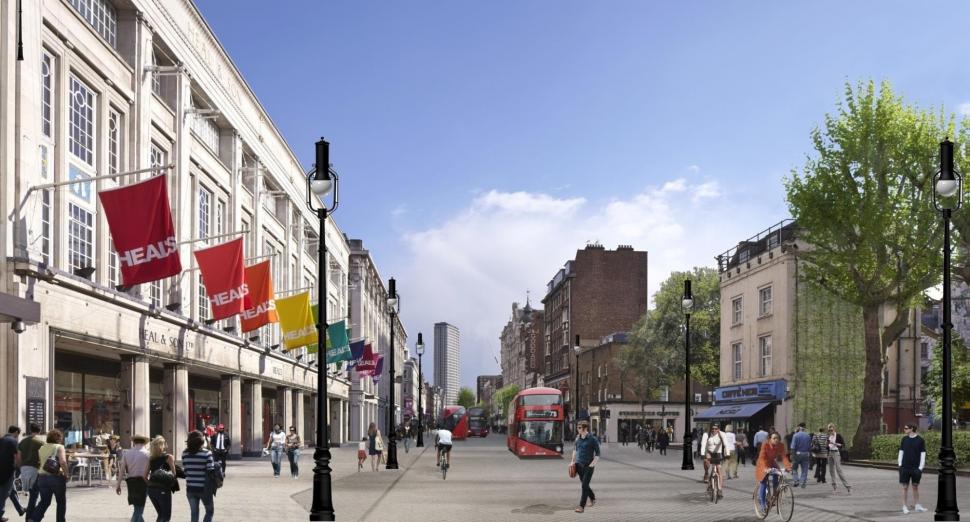 The local authority first announced its West End Project in January 2015, followed by a public consultation which found 54 per cent of respondents in favour of the plans compared to 38 per cent who were opposed to them.

The £35 million scheme will see major changes to the way traffic circulates from north to south and vice-versa on Tottenham Court Road and Gower Street/Bloomsbury Street.

The area where works will be carried out extends from Euston Road in the north to Cambridge Circus in the south and includes parts of Shaftesbury Avenue and New Oxford Street.

It will include protected cycle lanes being created along some streets, and more space being given over to cyclists. 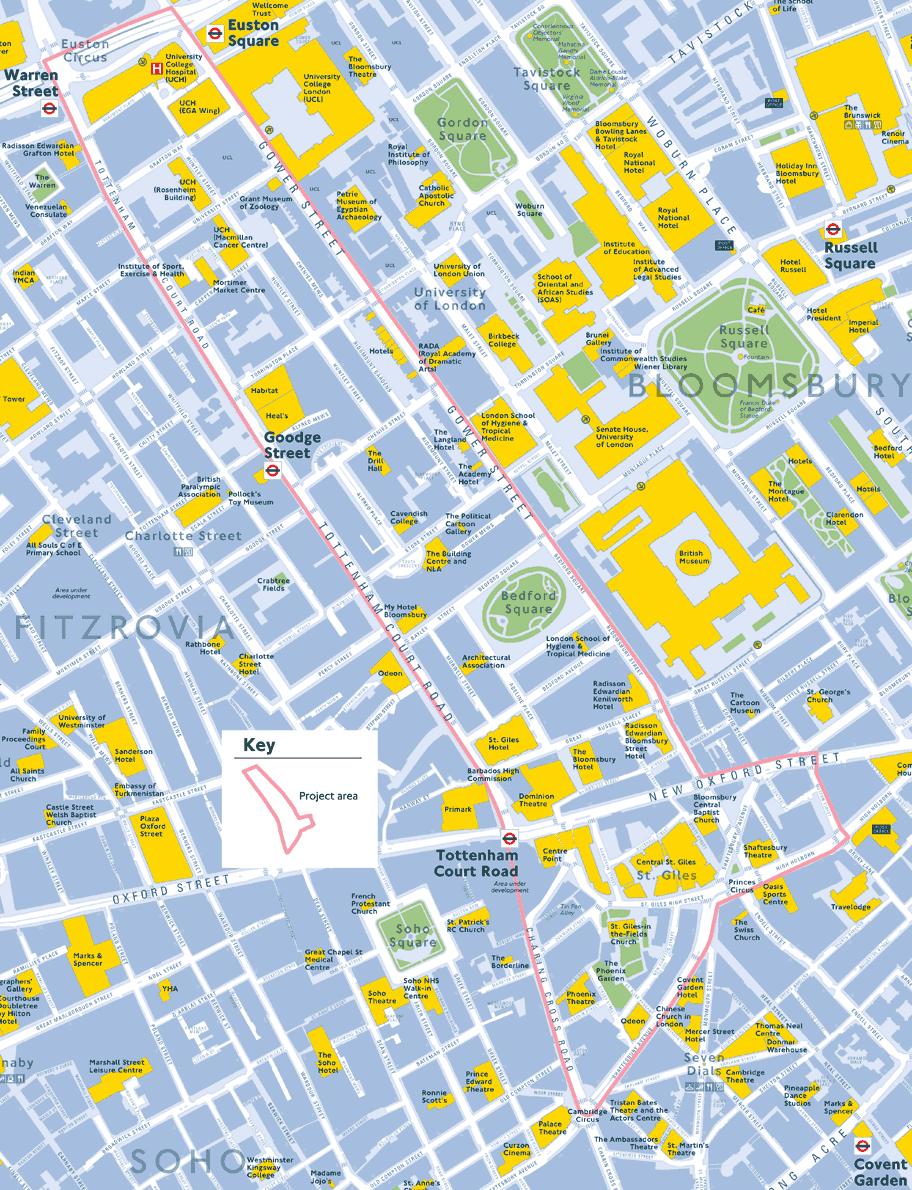 Tottenham Court Road, currently one-way northbound, will be made two-way for cyclists and buses with limited access to cars, taxis and loading vehicles.

A diagonal pedestrian crossing – similar to the one at Oxford Circus – will be installed at the junction with Oxford Street and New Oxford Street, with the area predicted to see a huge rise in foot traffic once the Elizabeth Line opens.

Southbound traffic in the area currently runs along the Gower Street/Bloomsbury Street axis, which under the plans will handle all private traffic in both directions, with parking removed and protected cycle lanes on each side. Buses will use Tottenham Court Road instead.

Protected cycle lanes will also be introduced on Shaftesbury Avenue and New Oxford Street as part of an overhaul of the Princes Circus one-way system between the Bloomsbury and Covent Garden areas.

Under Camden’s current timetable, all bus traffic will have moved to Tottenham Court Road by early next year, with construction of the entire project completed in early 2020.

The council’s cabinet member for improving Camden’s environment, Councillor Adam Harrison, said: “2018 will be one of the most important years in the history of Tottenham Court Road and Gower Street. I am very excited that the fruits of many years’ preparation will soon be seen.

“This part of the West End deserves the ambition that Camden and Transport for London are showing for it. With the opening of the new Elizabeth Line station, the West End Project will create new public spaces for residents, local workers and visitors, making the area safer, greener and good for business.

“This includes the first new park in many years, at Alfred Place – which is currently a road.

“We will finally be able to sweep away nasty street clutter like old railings and the many redundant phone boxes which cause such a blight. And the restoration of the Bloomsbury Rangers war memorial and the Fitzrovia Mural – which together attest to the history and diversity of the area – will also be brought forward.”

He added: “We will be working hard to keep disruption to a minimum during the life of the project. We are also monitoring the air quality through a series of stations that we have installed.”

Ben Plowden, Director of Project and Programme Sponsorship, Ben Plowden, commented: “The transformation of the Tottenham Court Road area will support the launch of the Elizabeth line later this year and will help to redefine London.

“Safer roads for pedestrians and cyclists, new public spaces and improved public transport will hugely benefit those living, working and visiting the area.

“We will work closely with Camden Council to reduce the disruption of the work, but road users are advised to leave more time for their journeys,” he added.

Last year, Camden Council held a public inquiry into its trial of protected cycle lanes running along each side of the Torrington Place/Tavistock Place corridor, which meets Tottenham Court Road at its western end and runs eastwards to a few hundred metres south of King’s Cross and St Pancras railway stations.

The trial, which is continuing, saw westbound motor traffic removed with one lane remaining for drivers heading east.

The council has said that it was due to receive the report of the inspector chairing the enquiry by the end of last month and that it would publish his report as soon as it had been able to review and fact-check it.