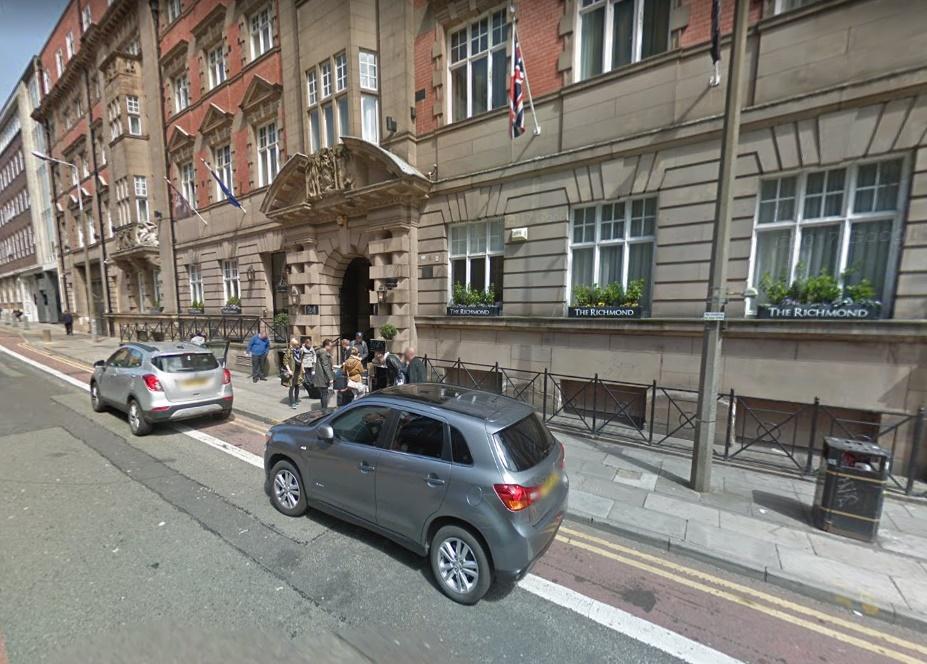 Cars outside the Richmond Hotel (via StreetView).jpg

A man from Devon has accused a cyclist of taking a ‘chunk’ out of his BMW during a trip to Liverpool. Keith Crewe had parked across a cycle lane on a quiet city road, but refused to move for the cyclist who reportedly scratched the car with a pedal in response.

Dash cam footage of the incident has been published on the Liverpool Echo website.

Keith Crewe, who had travelled to Liverpool from Devon for a family funeral, says he had permission to park his car across the bike lane so that he could load his bags after staying at the Richmond Hotel.

The cyclist who pulls up behind is clearly unhappy with this and won’t ride round the car. He instead picks up his bike and walks onto the pavement, at which point he is said to have deliberately damaged the car.

Crewe said: “There’s a chunk out of the driver side bumper, and there’s a load of scratches. The car is only three years old and I think it’s going to be quite expensive because it’s going to need to be resprayed.

“We’d had a lovely time in Liverpool, it’s a fantastic city and we’d caught up with some family, but this did put a downer on it. As a cyclist myself I appreciate the difficulties of cycling in a busy city and the use of cycle lanes. I also think as fellow road users, we should show some common sense in sharing a road.

“The chap in this video clip could easily have rode around us as there were no cars in a very quiet street on a Sunday morning. Instead, he chose to be pedantic about the use of the cycle lane before purposely getting off his bike and causing damage to our car when he knocked his pedal and scraped along the bumper.”