The pros are running new Campagnolo EPS 12-speed so we can assume it's being launched this year...
by David Arthur @davearthur

In a move that surprised nobody, Campagnolo has developed a 12-speed version of its electronic EPS groupset, following the introduction of mechanical 12-speed Record and Super Record last year. Here are some nice photos of Lotto–Soudal’s Ridley Noah Fast equipped with the Super Record EPS 12-speed.

This bike belongs to Belgian pro Jelle Wallays. He has been riding for Lotto-Soudal since 2016 and according to his Wikipedia page, forms part of the sprint train that will this year be aiming to deliver Caleb Ewan to multiple victories. 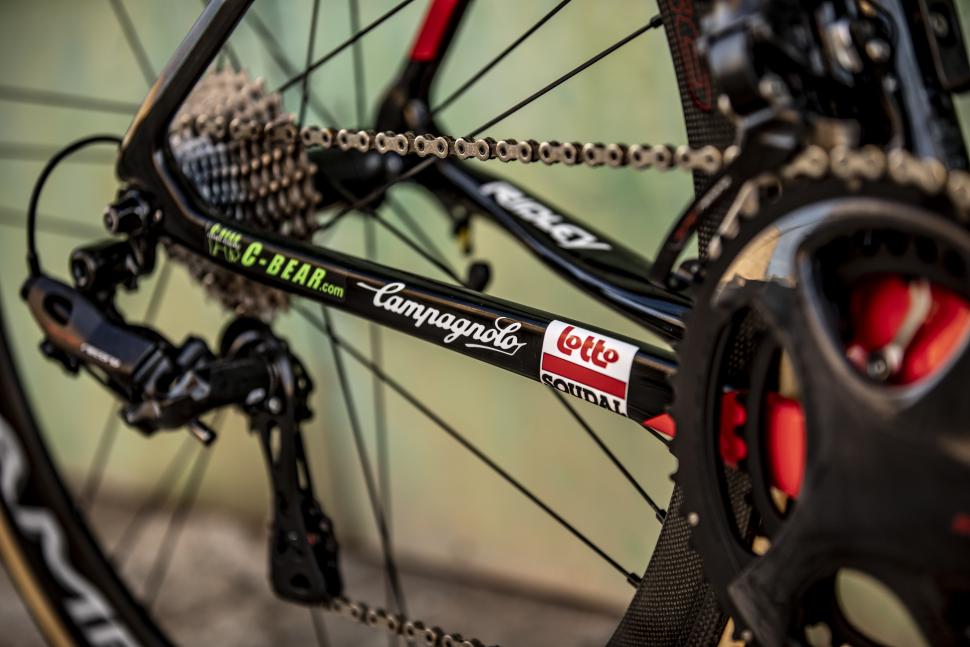 Because the new Super Record 12-speed EPS groupset it yet to be officially launched, we don’t have any details on it yet. We can hazard a guess at it having the exact same ratio configuration as the mechanical Record we tested last year which centres around using the extra sprocket to provide a smoother shifting progression, with the first seven sprockets providing one-tooth gaps, compared to six with the previous 11-speed. We’ll assume there’ll be a Record level EPS 12-speed groupset as well as the Super Record pictured here so it'll be slightly more affordable. 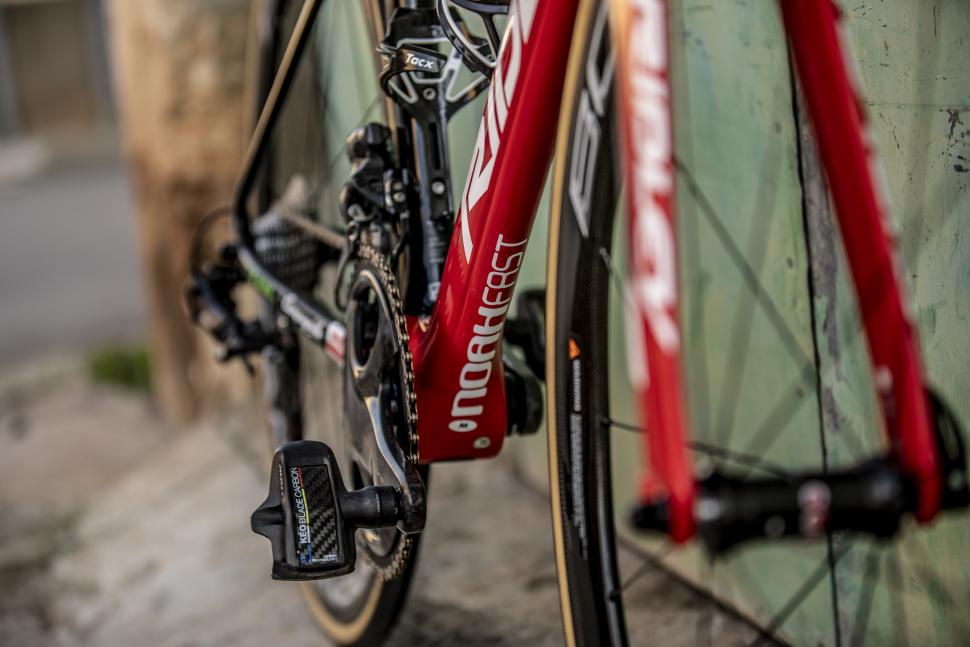 - Video: Do you need Campagnolo 12-speed?

Lotto-Soudal also takes sponsorship from Campagnolo for wheels, with 50mm Bora Ultra carbon fibre tubular wheels shod with Vittoria Corsa tyres. Continuing the aero theme, the bike is finished with Deda’s Alanera one-piece aerodynamic handlebar with internal cable routing for clean lines and minimising drag. The junction box is bolted to the bottom of the stem rather than being tucked inside the handlebar or frame. 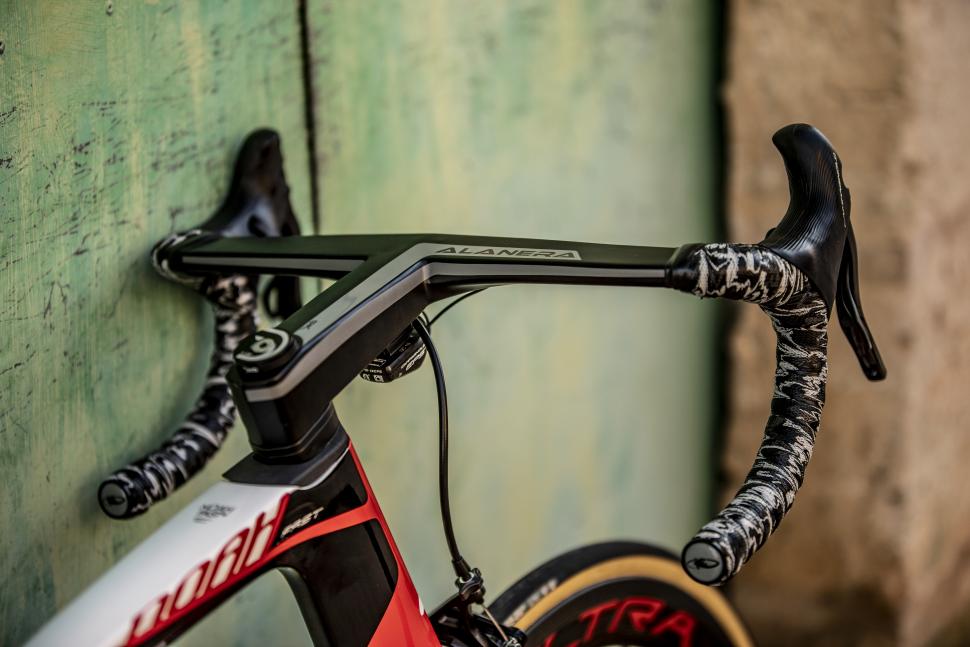 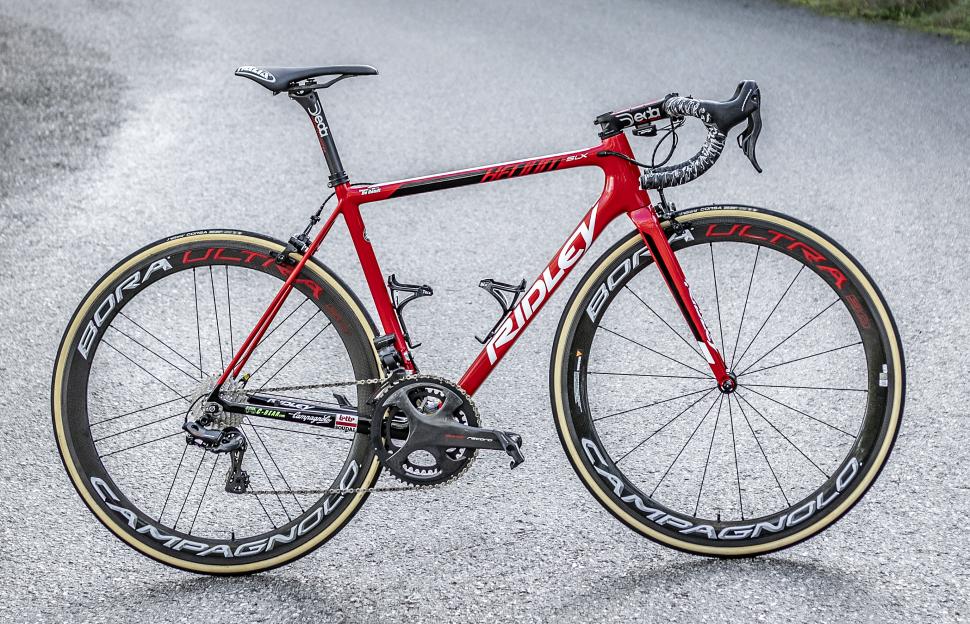 With Campagnolo first to market with a 12-speed groupset with mechanical and electronic versions, it remains to be seen whether Shimano and SRAM will respond this year.