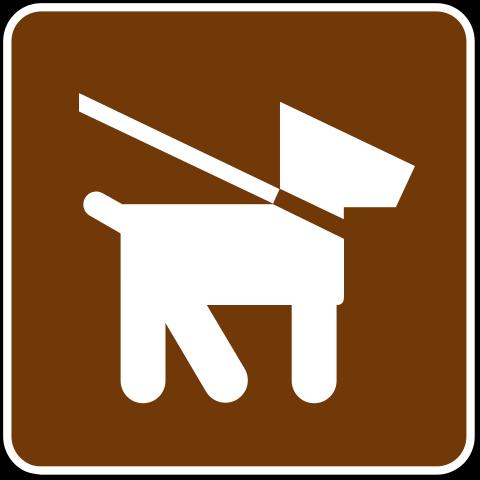 An Oxford man who deployed his dog “as a weapon of intimidation” against city centre cyclists has been jailed for 18-months. The dog will undergo rehabilitation.

The Oxford Mail reports that Alexander Andrews waged a 'campaign' of violence against cyclists on Parks Road, near to Keble Road, in October and November 2017.

Construction work meant the cycle lane was blocked at that time and cyclists were expected to dismount. Enraged by those who didn’t, Andrews set his dog on them.

"The dog [...] isn't of itself necessarily a menace but in your hands deployed as a weapon of intimidation it was."

Footage shot from victim Paul Mitchell's helmet cam showed Andrews becoming embroiled in an argument with the cyclist while his dog, Piglet, barked loudly in the background.

Andrews said the path was not for cyclists and was a pavement, at which point Piglet leapt up and bit Mitchell, causing injury, before he rode off.

Victoria Lackey was also confronted by Andrews. When he shouted for her to get off her bike, she continued riding, 'concerned' at the aggressive demeanour of him and his dog.

The prosecutor said that as she rode by, she felt a pain and saw Piglet with its teeth sunk into her lower leg.

The animal hung on for several metres before passers-by helped to pry it off. The court heard she will be left scarred by the attack.

On the second day of his trial, Andrews admitted two counts of being in charge of a dog dangerously out of control and causing injury, having initially denied the charges.

Andrews was jailed for 18 months for each count to run concurrently. He was also ordered to pay the £9,820 costs of kennelling of Piglet and court costs of £4,000.

He will pay compensation to his first victim of £750 and £2,000 to his second, and is banned from keeping dogs for life.

Piglet was made subject to a contingent destruction order, which means it will not be killed if it is kept muzzled and on a lead in public. It has also undergone 'rehabilitation' to counteract Andrews’ influence.