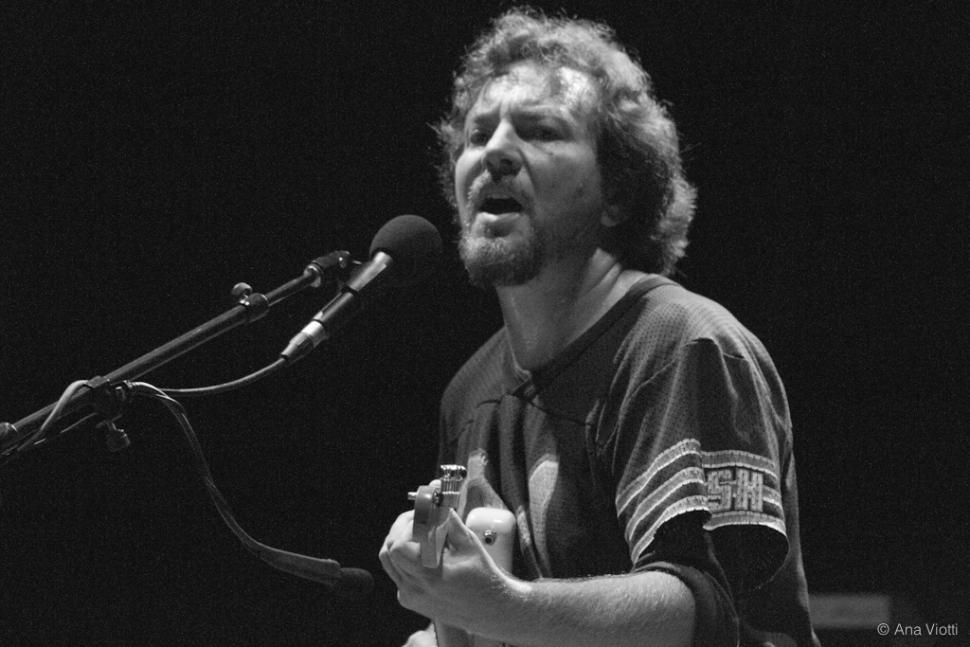 Pearl Jam singer and guitarist Eddie Vedder launched an appeal last week to find a Dutch woman who had given him a backie to his hotel on her bike after a gig 27 years ago – and, when she came forward, rewarded her for the act of kindness by treating her with VIP tickets to a concert in Brussels.

Vedder made the appeal on the opening night of a solo European tour in Amsterdam the weekend before last, reports NL Times, asking the audience, "Is the woman who gave me a lift to my hotel in 1992 maybe here tonight?"

She wasn’t, but he recounted the story to the crowd of what happened after Pearl Jam’s concert at Amsterdam’s venue Melkweg in 1992 when, with his band and crew already headed back to the hotel they were staying in, he found himself alone with no idea how to get there and asked a woman for help.

She borrowed her brother’s bike and gave him a backie to the hotel, he said. "It was ice cold, and I got a red flannel shirt that might have also belonged to her brother.

"I remember her hair kept flinging against my face."

After dropping him at his destination, they went their separate ways, but Vedder said the episode had played on his mind over the years, adding, “I am almost certain that I would still recognize her face."

The story made the Dutch media last week and the woman, Valeska Custers, came forward. She and her husband subsequently received an invitation to Vedder’s concert in Brussels on Wednesday.

Backstage afterwards, Vedder said: "Thanks for the lift!" adding that he would still recognise her and that "You still have the same smile."

He said he planned to send her brother’s shirt back. "I don't know if I still have it, but I kept it for years." She replied. "My brother said you can keep it!"