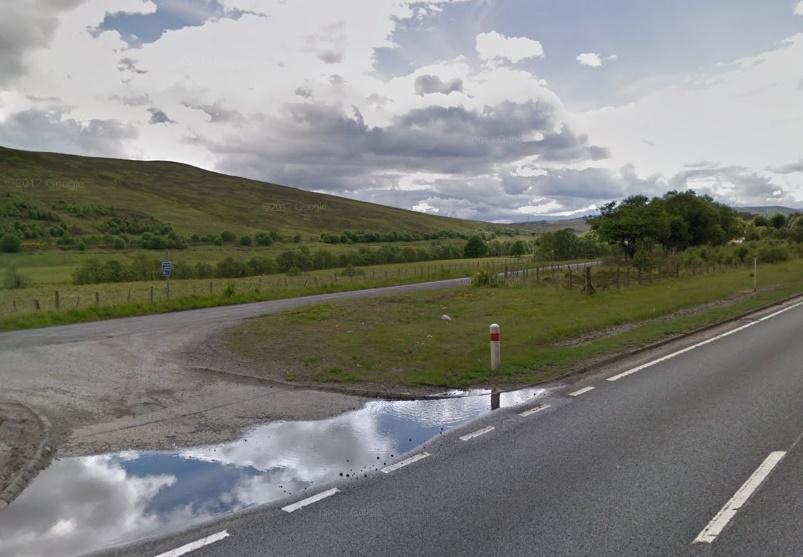 A9 cycle path (via StreetView)

When a motorist encounters cyclists and then asks what’s wrong with the bike path, it isn’t always rhetoric. Scottish broadcaster Lesley Riddoch actually wanted to know. And when she found out, she tried to do something about it.

Just passed a dozen cyclist guys heading north on A9 above Calvine. So dangerous as artics suddenly see them & judder to a halt. What’s wrong with cycle path visible from the road?

She then followed up by saying:

As keen cyclist I did consider b4 tweeting. But honestly they nearly caused serious accident. That’s why I asked what’s wrong with cycle path I don’t think folk are crazy - there must be a reason.

The 273-mile A9 runs from Falkirk in central Scotland to Thurso in the far north. Riddoch described it as, “a dodgy road without anything extra to avoid.”

There is a cycle path alongside it for much of its length, but the quality of that path is predictably variable. Many cyclists replied to Riddoch to say as much.

John G Burns linked to something he’d written about the route in September 2012.

“Bear in mind that this is meant to be a road bike path, not a mountain bike trail,” he said. “The aim is to keep long distance cyclists doing runs such as Land's End to John O'Groats off the A9. These cyclists will be aiming to average at least 20mph and are often on heavily laden bikes that don't stop quickly in the wet.”

Other cyclists agreed that parts of the route were not well maintained, so Riddoch found out who was responsible for upkeep.

The stretch in question is managed by BEAR Scotland. Riddoch has asked them whether it is fit for purpose and is awaiting a response.

Spoken to @SustransScot & @transcotland re state of the A9 cycle path. Seems the section above Calvine is responsibility of @Bear_Scotland. Cant call them - on train hame fae Glesca with all windows open cos of heat so cannae hear a thing. But have emailed and will chase them up.

Honestly, I'm pretty satisfied that doesn't apply here. @SustransScot tell me there is an "issue" with that section of cycle path. Its Bear Scotland's job to maintain. So Im onto them.

Indeed. It's ridiculous. I've asked @BEAR_Scotland who are responsible if they think cycle path north of Calvine is fit for purpose.