Bernal to become youngest Tour winner since WWII - how do others sports and bike races compare?

From the Vuelta to Wimbledon - who are sports youngest winners?
by Will Bolton

This evening, Colombian rider Egan Bernal prepares to become the youngest post WWII winner of the Tour de France, not to mention the first ever Colombian winner.

So we thought we would have a look at some of the other sportsmen and women, from the cycling world and elsewhere, who reached the pinnacle of their sport at ridiculously young ages.

The youngest female to ever win Wimbledon was Maria Sharapova in 2004 at just 17 years and 75 days. It was, however, the first and last time she would win. The youngest man to win at Wimbledon was Boris Becker in 1985, who was 17 years and 228 days old when he beat Kevin Curren in the final.

Betty Robinson was an American athlete and winner of the first Olympic 100m for women. She won the inaugural race at just 16 years, 11 months, 8 days. The Merckx of the cycling world, or perhaps the Bernal? At age 17 in 1958, Pelé simultaneously became the youngest player to participate in, score, and win a World Cup Final. The final score: Brazil 5-2 Sweden.

Born on 25th November 1939, Angelino Soler of the Faema cycling team won the 1961 edition aged 21yrs and 168 days. Not only did he win the race overall, but he also won three stages along the way, including an individual time trial. Giuseppe Saronni, one of Francesco Moser’s main rivals won the Giro d’Italia in 1978 at 21 years and 257 days. He also picked up the mountains jersey before winning the race again four years later 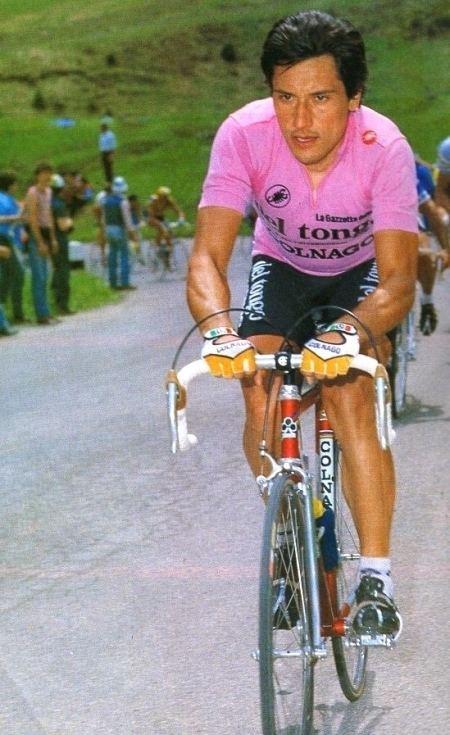 Germain Derycke, born 2nd November 1929. Derycke was a classics specialist. In his second year as a professional he came second in Liège–Bastogne–Liège. In 1953 he won Paris–Roubaix aged 23 years and 161 days. He twice stood on the podium at the world road race championship, second to Fausto Coppi in 1953 and third in 1955 behind Stan Ockers and Jean-Pierre Schmitz.

Of course, it would have been bizarre if this man hadn’t made the list. A fresh-faced Eddy Merckx won his first edition of the Italian Classic aged 20 years and 276 days. Raymond Poulidor, looking for a second win, broke clear on the Poggio, but was caught before entering San Remo. A large group rushed to the finish on the Via Roma, with Italian champion Michele Dancelli leading out the sprint. Merckx beat Italian Adriano Durante by centimetres, winning his very first international classic. Rik Van Steenbergen one of cycling’s original icons, he won De Ronde aged 21 years and 217 days. He started cycling as a professional during World War II in 1942, after being an amateur since he was 14. The next year, he won his first important races, and became Belgian road cycling champion. In 1944, he won the Tour of Flanders Classic, which he won again two years later in 1946. And as this list is about post WWII winners, that’s the one that matters.

Generally considered one of the most arduous one-day cycling events in the world because of its length and demanding course. In 1968 it was won by the relatively unknown Valère Van Sweevelt from Belgium, he was only 21years and 14 days old.

Jean-Pierre "Jempi" Monseré  was a Belgian road racing cyclist who died in 1971 while champion of the world, having . Two years earlier, he won the Autumn classic in 1969 aged 20 years and 115 days. It was the first time he had ridden the race. Who knows what else he would have achieved  if not for his untimely death? On 15 March 1971, Monseré was riding the Grote Jaarmarktprijs in Retie. On the road from Lille to Gierle he collided with a car driven on the course and died on the spot. Monseré had won the men's road race at the World Championships at the quite frankly incredible age of 21 years and 342 days. A few years later another young talent won the race aged 21 years and 346 days, his name was Lance Armstrong, and his legacy was slightly different.