Vuelta Stage 17: The numbers behind a stupidly fast stage

The headline from yesterday's Vuelta a Espana stage was the whopping 50.63kph average speed. But what caused such a rapid stage? We delve into the data and race situation that led to the high pace.

Starting from North of Madrid, the route took the riders across a particularly hot, dry and windy part of Spain. Crosswinds were always going to be a factor on today's stage and due to the Vuelta's rather late start times, the wind only gets stronger as the heat of the day intensifies. 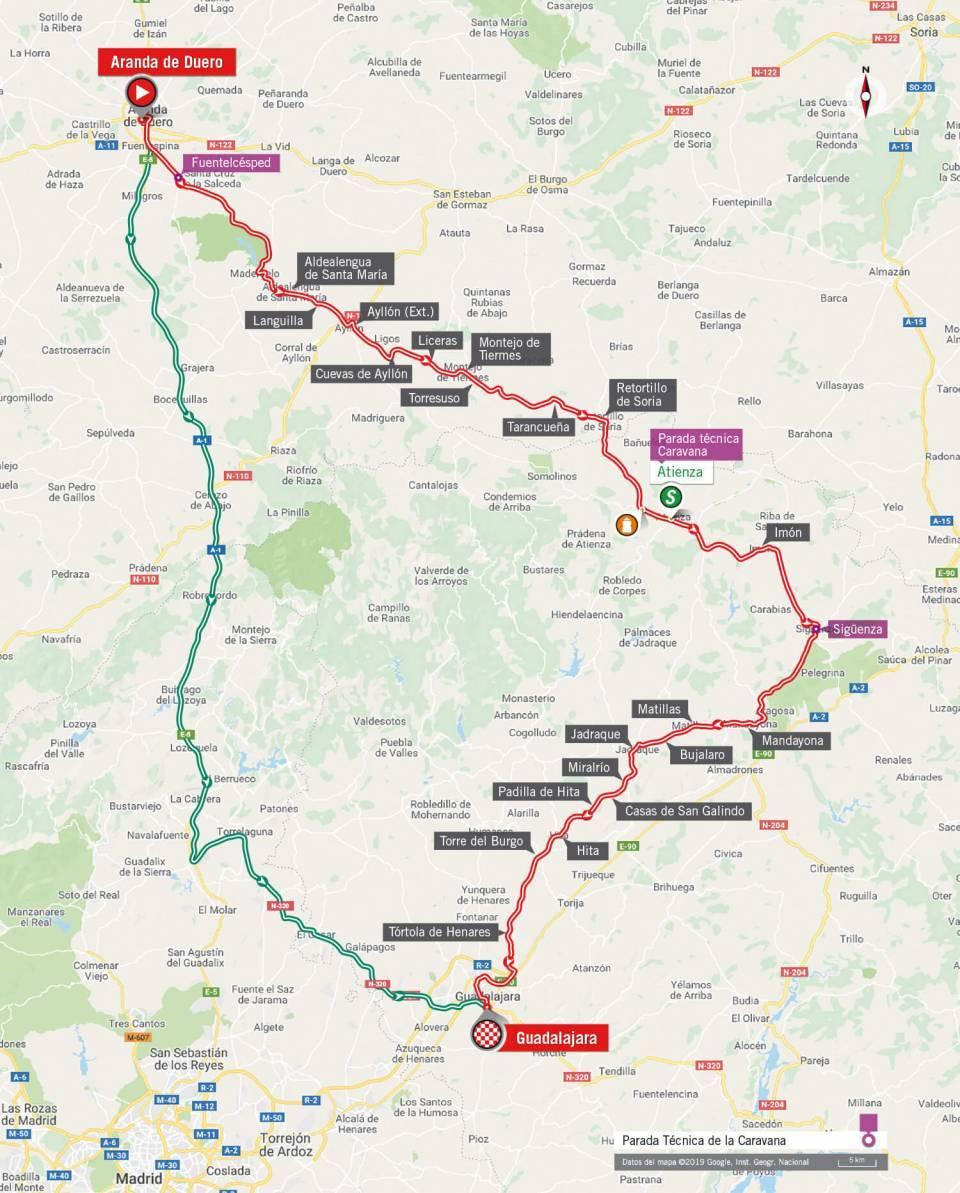 That leads us nicely onto the wind direction, which was coming straight from the North-East. With the riders heading South-East and South all day, that gives them a cross-tail and tailwinds all day. 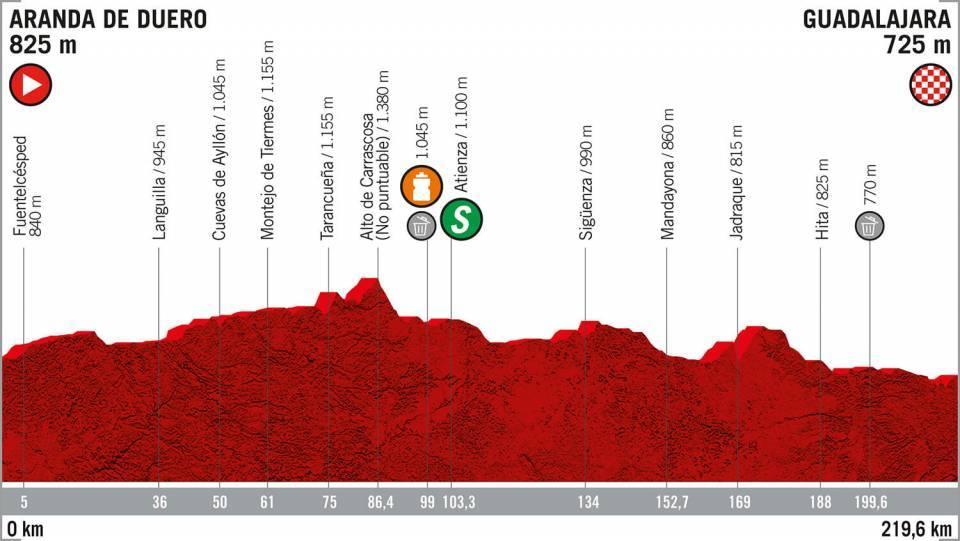 Rolling and open Spanish roads invite attacking racing and everyone knows this. That means that GC leaders and sprinters all want to be at the front of the group to be on the right side of any splits. This just ramps up the pace even more. 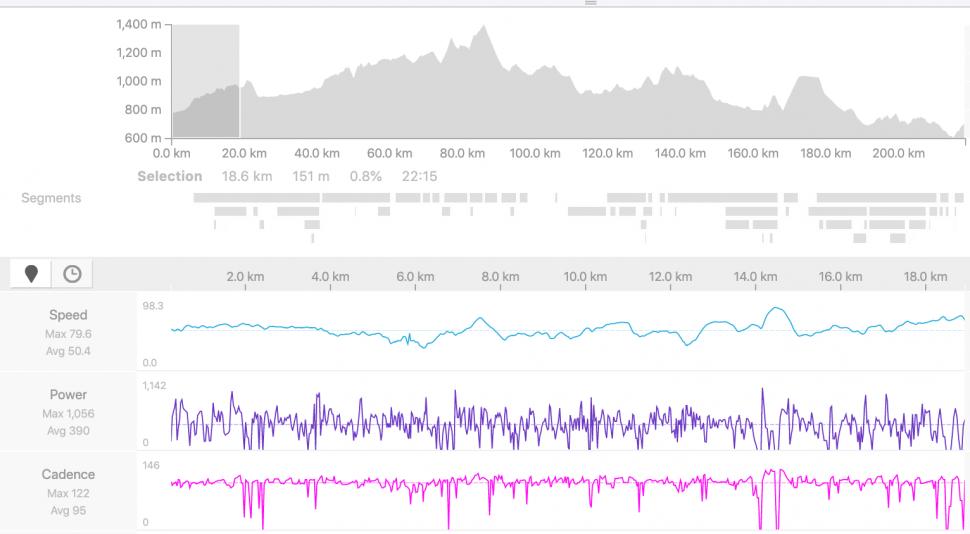 3km into the stage and we have our first split. Those that are sitting too far back in the group, like race leader Roglic, are in big trouble.

Quick-Step's Tim DeClercq did a lot of damage during the fast start, clocking nearly 80kph despite the positive gradient. The 390w average power and high cadence suggest that this was a very frantic start to the stage.

With the gap formed it was time to take stock of who had made the front group.

The sizable group contained the Belgian giants Quick-Step who really do love a good crosswind. They were joined by multiple representatives from Movistar, Sunweb, Bahrain-Merida, CCC, Bora and Mitchelton-Scott.

There were multiple teams in this group that had both stage and GC ambitions with Quintana, Knox and Teuns all jumping up the overall classification. This meant that the group was fully committed to making the gap stick.

The big losers of the day, Roglic and Pogacar, were hardly short of teammates. This being the Vuelta, though, meant that many of those teammates are lightweight climbers, taken to support their leaders on the brutally steep climbs. A big group containing the likes of Belgian rouleur Tim DeClercq and British strongman Ian Stannard will always out-muscle teams with only a few climbers to support one stronger rider.

@jumbovisma_road para a sus corredores en fuga para trabajar en su neutralización! / Jumbo-Visma wants to control the race, so their riders in the break are back to the bunch! #LaVuelta19. : @photogomezsport

Poor old Tony Martin had the likes of Sepp Kuss and George Bennett to help manage the gap. Bennett's day of chasing was long, spending three and a half hours rolling through and off with his Jumbo Visma teammates. He spent his day at 284w average, though due to the surge and stop nature of this effort, his normalised power or weighted average will have been significantly higher.

With his leader Roglic following a smaller group of GC favourites into the finish, the tired Jumbo Visma team rode into the finish together, eventually losing a whopping 25 minutes to stage winner Phillippe Gilbert.