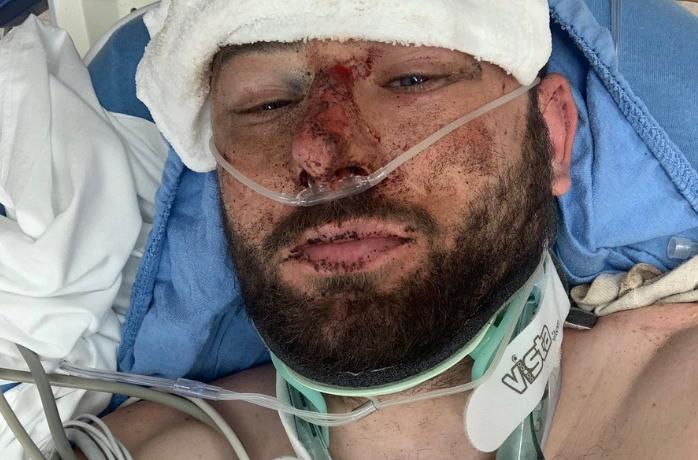 Josh Quigley in hospital (via Twitter).PNG

No charges for driver who hit Josh Quigley at 70mph

Police in Texas conclude crash that left round-the-world cyclist with multiple injuries was an "accident"...
by Simon_MacMichael

No charges will be brought against the motorist who drove into round-the-world cyclist Josh Quigly at 70mph, leaving the Scot with injuries including fractures to 10 ribs, his skull, pelvis and ankle, as well as a punctured lung.

The 27-year-old from Livingston, West Lothian, had been riding through Texas on his way to Florida during his seventh attempt to circumnavigate the globe by bike when the crash happened on 21 December 2019.

He was airlifted to hospital in Temple, Texas, where he underwent an operation before Christmas. The Edinburgh Evening News reports that Quigley was released from hospital yesterday, but will be unable to fly for six weeks.

Police have now completed their investigation into the collision and are treating it as an “accident” with no further action being taken.

Sergeant Bryan Washko of the Texas Department of Public Safety said: “A 2006 Cadillac Sedan operated by a 60-year-old woman was travelling southbound on Highway 36.

“Josh Quigley, 27, of Livingston, Scotland, was also southbound on Highway 36. Mr Quigley was legally operating a bicycle on Highway 36 with an operational blinking red rear lamp fixed to his bicycle.”

He added: “The crash investigation is complete and concludes it was an accident. It was not an intentional act so no charges have been filed.”

Laura Smith, of the Texas Department of Public Safety, added: “He must have had an angel on his shoulder as this was a very serious accident.”

Quigley, who campaigns to raise awareness of mental health issues, took up cycling after attempting suicide five years ago.

In an update on his condition, he said: “It hurts to talk, it hurts to breathe, it hurts to lie in this bed, my ribs and my back are in agony and my ankle is sore but mentally, psychologically and emotionally I’ve never been better because I feel like the luckiest guy in the world.

“These things are here to help me in mental toughness, resilience, strength and this is another obstacle, probably biggest one I’ve faced so far, but I will find a way to finish what I started.”