It's our weekly Tech Roundup in which a sub-£3,000 Di2 bike rubs shoulders with a wooden handlebar and a corduroy jacket.
by nick_rearden

Kicking off this week's Tech Roundup US-based bike brand Jamis has announced a sub-£3,000 carbon bike with Shimano Di2 electronic gears that throws down the gauntlet to the volume makers for the 2012 model year.

With Cannondale keen to dominate the premium end with its 2012 Super Six coming in with the new Di2 electronic groupset at £3,599.99 it's reassuring to know that other manufacturers will be striving to keep the entry price for these most-talked-about  components at a more accessible level.

Jamis just announced that its 2012 Xenith Pro Di2 will sell for £2,799.99 when it gets to these shores in November but it made us wonder how they'd done it. Ah yes; it's not really an Ultegra 'groupset' as such. The chainset and brake calipers will be Shimano 105 but the new frame on paper looks as good as anyone's especially since the previous Xenith frame won awards left and right in Jamis' native USA. It's early days for the brand here but UK retailer Evans seems to have more or less sold its initial wave of 2011 bikes which must be some sort of sign.

The saddle on that Jamis above is coincidentally a new San Marco model that turned up this week for us to try. The Concor Protek only weighs 195 grams on the office scale, partly due to the rails being made of the same XSilite stainless steel San Marco has been using on its latest pricier but non-carbon-railed saddles. The video claims it's 10% lighter than titanium but tougher and for £89.99 we'd hope so but we're liking the sides treated with silicon to protect again scuffing.

We had a visit yesterday from West Country professional racer Yanto Barker who, when he's not ripping up the Premier Calendar top-class national road races, has been developing a parallel career with his own Italian-made Le Col clothing brand. We couldn't get him to say what's next for his racing after the forthcoming demise of Pendragon-Le Col-Colnago team at the end of the season - "Stand by on that but it's going to be good," he says, with a twinkle but meanwhile the impending cold weather necessitates focus on the clothing and what's in his new product range.

The Le Col signature triple contrast stitching around the garment panels carries on with a distinct plain black-with-a-bit-of-white or white-with-a-bit-of-black look but Barker was keen to show us neatly inserted reflective piping in the £169.99 Winter Jacket made of Roubaix material with Windstopper facings and how the garment is so nicely finished inside that it looks as good inside-out. We all particularly liked a £134.99 Sportwool - in this case 27% wool - long sleeved jersey with a ribbed and yet smooth finish that Mr Le Col claims is designed not to snag or bobble. Imagine, if you will, giant-sized fluffy dental floss for poking into the awkward crevices of your bicycle and you've pretty much got the idea of Bike Floss, one of a range of British-made bicycle cleaning products by new brand Purple Harry. Getting bikes dirty is never a problem for us, so this will be reviewed faster than a lot of new products. 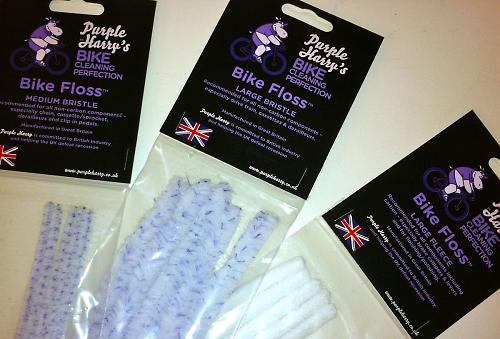 We spotted these handlebars on the website of Officine Milani Firenze, what appears to be a company specialising in making and and selling beautiful straight or gently curved bars made from laminated wood. Particularly impressive is the central core of aluminium and the neat rivets. Not sure how brake levers will work but we're naturally thinking of a stylish city bike with a coaster-brake. 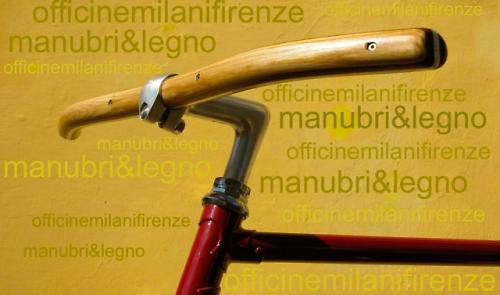 With what Brompton the folding bike maker is describing as "quintessentially British style" their new Oratory number looks like a brown corduroy jacket - because it is a brown corduroy jacket - but it cunningly conceals features that should endear it to cyclists, especially if they want to turn up at work looking quintessentially British. The collar and cuffs fold out to reveal reflective panels, there is a drop-down hi-viz rear tail and what would be called an 'action-back' on a shooting jacket where concealed pleats allow the arms to move freely. There are decidedly modern features like an Oyster card pocket in the cuff and a headphone port and in case you're thinking corduroy is a 'traditional' fabric this particular version is water resistant ‘amphibious cotton’ and really is called Epic. There's also a rather nice lining made of breathable spun bamboo. Price £250 and the Oratory jacket goes on sale September 1st. 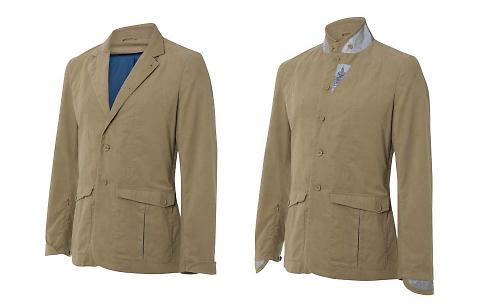 Massachusetts, USA-based carbon bike specialists Parlee and engineering company Deeplocal were asked by Toyota, manufacturers of the Prius hybrid car to produce a bicycle that epitomises forward thinking technology. What they came up was an aero bike with a Shimano Di2 drive-train that's controlled by a handlebar-mounted iPhone and brain activity sensors in the rider's helmet. Let's not even start on the helmet issue and needless to say, the usefulness of a mind-controlled, skinny tyred aero race bike is of limited use to the cyclists-as-transport lobby, we'd have thought, but it's good that Toyota are even thinking about cycling and the story has been picked up by all sorts of mainstream outlets*. Good on 'em.

It's the Whyte site

We've had some good things to say about Whyte bikes over the brand's relatively short history; only in March our Leonie was enthusing about the Caledonian do-it-all number, finding it a "versatile bike genuinely capable of handling all but the most extreme terrains, and guaranteed to make you smile." And just a couple of weeks ago we saw their new 2012 bikes, picking on the new Whyte cyclo-cross models as a departure we like the look of. Anyway, they have a new clean, uncluttered website up and running which reminds us of the bikes. Worth a look.

Bling for your jockey wheels from Hawk

Hawk is a tiny American brand specialising in machining parts that then require really good bearings: thus their bottom bracket units we mentioned recently and which we have on test, hubs which are are about to receive on test and then there's these upgrade jockey wheels. The slightly larger diameter than standard means a more precise shift, according to Hawk, but the big story is that they're machined from aluminium and have tiny cartridge bearings which should increase durability no end. The price at £35.99 a pair is a shocker but not for tech weenies who like a splash of anodized colour on their upgrade parts. There's purple, green or blue as well.

Laek House design some pretty cool cycling-themed tees over which we've enthused before and now they've got caps, too. It's The Super Tour Hat Series and we especially like this yellow one inspired by the legendary Renault-Elf-Gitane team of the late 1970s and early '80s. We're older now and we've read 'Slaying the Badger' by Richard Moore but it won't stop us revelling in period kit. 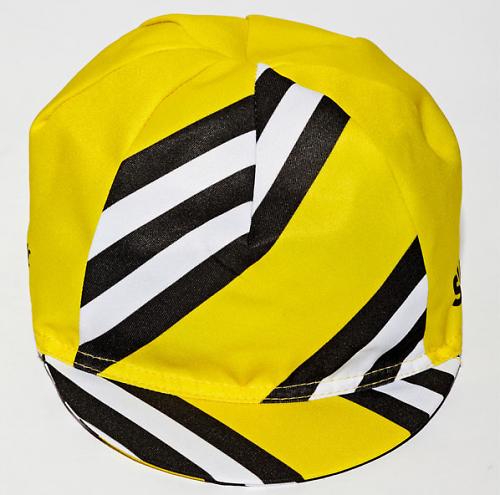