The Evans chain has previously focussed on less expensive sub-£1,000 models based on aluminium for its Pinnacle bikes but there will shortly be a new carbon frame to push the brand into uncharted territory.

Like a good restaurant that goes to considerable trouble to source a decent house wine, bike chain Evans has its Pinnacle brand to offer better value than the big names it's known for stocking. The new Evaporite carbon road frame with tapered-steerer, full carbon fork and BB30 will be stocking from November in three builds: with Ultegra and Cole C24 Lite wheels for £1,999.99, with Shimano 105 and RS20 wheels for £1,499.99 or Tiagra 10-speed for £1,199.99. Head tubes longer and a little slacker with a bit more fork rake for a stable and comfortable ride suggesting either long country miles or, more likely knowing Evans' urban background, a killer-fast commute. 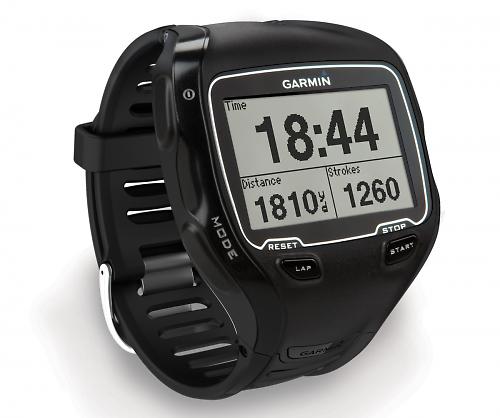 The day before the Triathlon World Championships at home in Kona, Hawaii seems a good day to announce what Garmin is describing as the Ultimate Multisport Training Experience; the Forerunner 910XT GPS watch.

"Forerunner 910XT marks a revolution in triathlon and multipart," says Garmin's Andy Silver. "It is unique in that it provides precise swim data in the pool and in open water, as well as accurate speed, distance and altitude readings in real time when cycling and running helping the athlete to pace him or herself perfectly and overcome the challenges of the triathlon and multi sport events. Forerunner 910XT will record, motivate and guide every stroke, every pedal rev and every step of the way, making this the world’s most complete training watch ever." Price £359 without Heart Rate Monitor strap or £389 complete with strap. These aren't the first illuminated bar-end lights we've seen but they're the best made and they're a great idea for the darker evenings and mornings when drivers have such trouble gauging the closing distance of a bicycle up ahead in the same way they can with a car. It's all about the width, innit? £17.99 for such nice CNC machining seems reasonable. 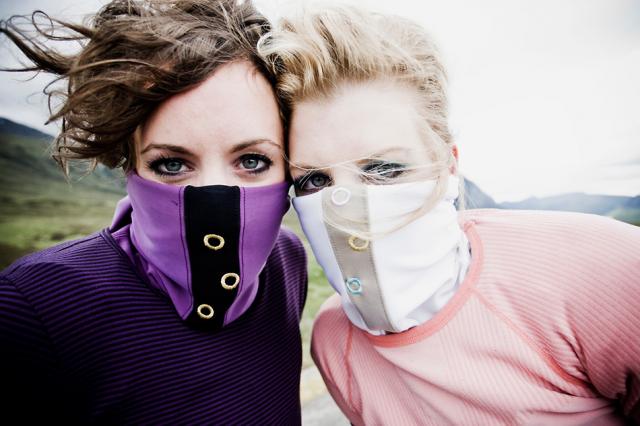 London cyclist Anna Glowinski is the brains behind Ana Nichoola, starting with tees and mitts and now progressing in year three to a first foul weather range featuring this brilliant £18.50 'Smuggler' neck warmer.

"My designs are a two-way dialogue, both capturing the thrill of bike riding, and allowing riders to push their boundaries in comfort and style. Each design is tested by women of all ages, sizes and styles of riding, no minor feature is left unexplored," says Glowinski. There's also gloves, arm warmers, ear warmers and a cycling jacket. 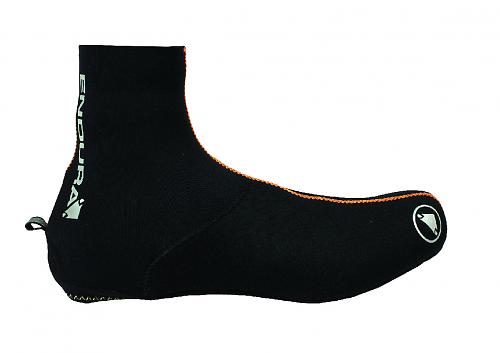 We like an overshoe, us, especially in October when we've already had cold wet feet. When they're made by our favourite Scottish clothing company Endura we feel reassured that overshoes designed to survive in their climate will be well up to job around these parts. The new Deluge Zipless overshoes are more like giant socks, made from a special super-stretchy form of Neoprene, Kevlar-stitched and with nylon-reinforced soles and cleat apertures for extra durability. £27.99. 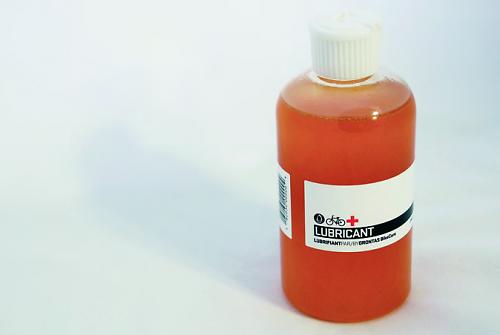 Next Tuesday 11th October trade distributors Hotlines will be holding a public show at the Paintworks Bristol. Their brands Lapierre, Ghost, Nuke Proof, Ragley, Pro-Lite and Lynskey among others will be on display, all culminating in a film night finishing with a showing of 'On Any Sunday.'

For now they're  keen for us to know about their new lubricants and bike care brand Orontas which will be appearing in dealerships shortly. "We hold ourselves to an ethical standard that includes using sustainable and bio-degradable materials that don't come with a skull and crossbones," say the Canadians from Orontas in their blurb. There's a waterproof grease, a cleaner and this medium-weight wet lubricant in an economical dropper-bottle for £9.99. 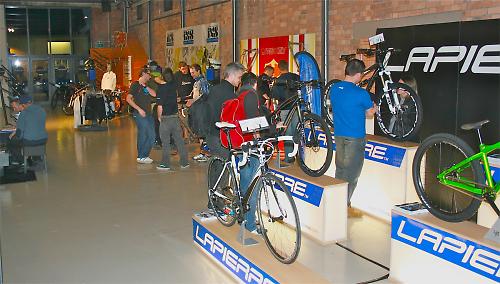 Double win: this week's bling is also a chain-catcher 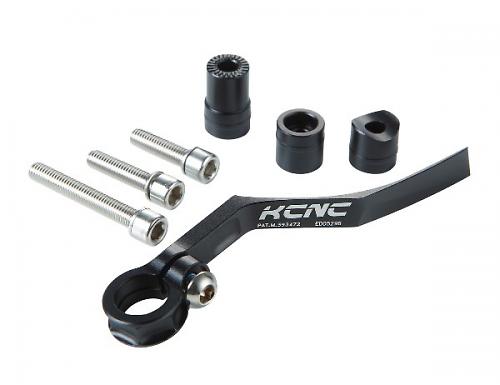 When we wrote from Eurobike what we thought was the definitive guide to the all-important chaincatcher component category, we were hardly prepared for the anguished squeals from offended Public Relations Officers and the like complaining we'd missed theirs. Clee Cycles with their KCNC model were the nicest about it and then backed it up with invincible brownie points in the form of CNC-machined and colour anodised chainrings in this amazing cobweb design that saves 25 grams per chainring. Early days yet price-wise on the chainrings but the chaincatcher is available in the usual colours and for £23.99. 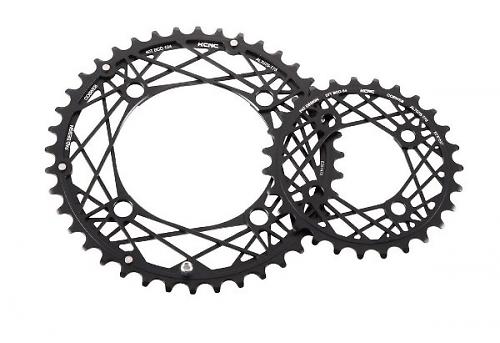 London bike shop Condor has collaborated with The Ride Journal to produce a 148-page book called "Past Present Future". According to Condor's Claire Beaumont, "the book is not a linear story; it’s not a history book with a timeline of events. We wanted to devote a book to one of the world’s purest, most classic sporting endeavours, celebrating cycling, bikes and their design and shape. Our customers always have great stories to tell and we wanted to use the book to share and inspire others to ride." £14.99

Book from Condor Cycles on Vimeo.

Spotted at the Cycle Show; a new floor pump from a brand we're not particularly familiar with but the build quality looks promising and there's a clear digital display which you can set to the desired level before pumping away. The Airace Hercules DG will cost £89.99 when it arrives in time for Christmas. 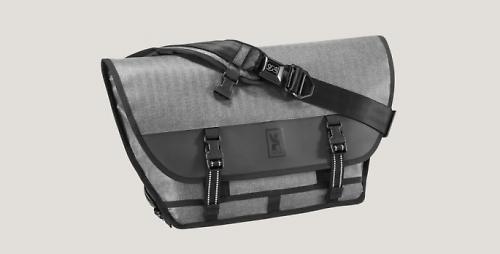 San Fransisco luggage brand Chrome has kicked off its forthcoming homage to the important cycling cities with a London Transport sub-range featuring the Citizen Buckle Bag as well as a matching roll-top Yalta backpack. Apart from the herringbone tweed fabric, the lining is inspired by Victorian wallpaper. $160. 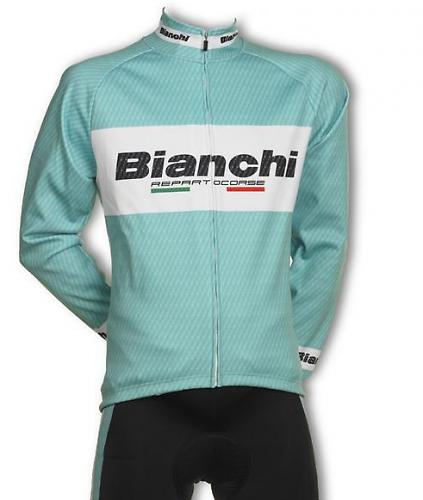 Italian bike brand Bianchi has launched an online shop selling a selection of goods based on the distinctive Celeste house colour. There are saddles, caps, mitts and a timely winter range including this water-repellant and reflective-piped warm jacket made for Bianchi by Nalini. Price to the 'Bianchisti' is €153 with free shipping although a Bianchi insider tells us that it might be a little less at UK dealerships. BREAKING NEWS: Bianchi bikes to be ridden by WorldTour team Vacansoleil-DCM for at least two years. 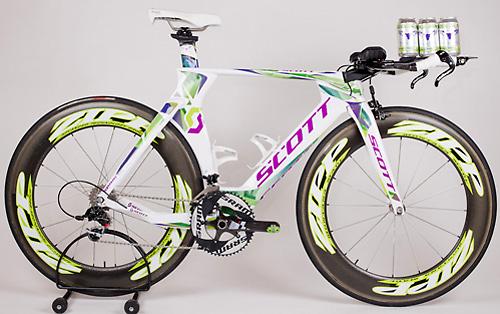 Top American triathlete Linsey Corbin is sponsored by the Big Sky Brewing Co and Scott bikes so it seems logical to have painted her Plasma 3 in beer-can livery for tomorrow's Ironman World Championships on Hawaii's Big Island. Ten bonus points for beer on the tri-bars. Deduct five for that bike stand and another five for chain on small chainring.