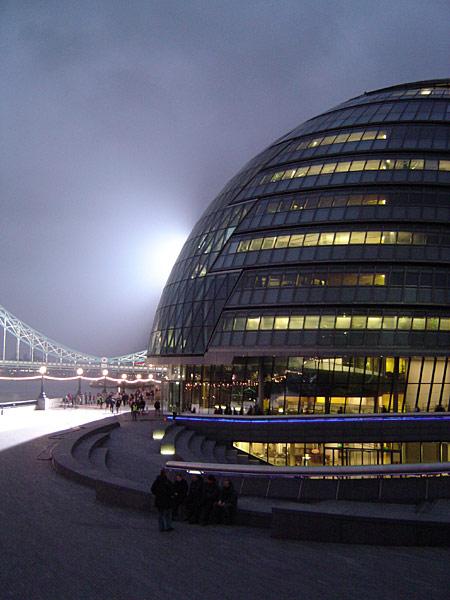 Yesterday, as the Green Party’s Jenny Jones posed the question of whether cycling in the capital really is becoming safer as Transport for London (TfL) and Mayor Boris Johnson claim, members of the Greater London Assembly called on the Mayor to publish a full list of London's most dangerous junctions and specifically to list any where a cyclist has died. The call was part  the cycle safety motion that was finally debated after being postponed when Conservative Assembly Members walked out last week. As it turned out, the amended motion (below) was unanimously passed by the 20 Assembly Members present.

“This Assembly deeply regrets the deaths of cyclists on London's road network and wishes to express its condolences for the loss felt by their relatives and friends. We are concerned that some cyclist deaths and injuries could have been avoided if the road network designs for the locations where these deaths and injuries occurred had been safer. We therefore call on the Mayor and Transport for London to:

The cycling safety motion was debated after a Mayor’s Question Time session in which there was no time to address a number of questions relating to the safety of cyclists that had been tabled; instead, those issues will be addressed in written answers from the mayor, due to be given by next Monday 19 December.

The original motion, proposed by Ms Jones and seconded by Labour’s Val Shawcross, had called for, among other things, “a list of the ten most dangerous locations for cyclists on the Transport for London Road Network (TLRN) and all locations in London where a cyclist has died in the last three years.”

The amended motion voted on yesterday (full text at the end of this article) now asks the mayor to produce “a comprehensive list of dangerous road junctions across London for cyclists,” and that reasons should be given as to why any suggestions for road redesign made by cycling or road safety groups were rejected.

It also calls for Trixi mirrors to be rolled out at all major junctions in the city, that the mayor should consider expanding cycle training across all of the capital’s boroughs, and that proposals to improve the safety of cyclists at three junctions where four bike riders have died following collisions with lorries recently should be brought forward.

Ms Jones said: ““There can be no higher political priority than saving lives. I am convinced that a thorough review of safety at junctions that listens and, more importantly, acts on the concerns of cyclists and pedestrians will result in fewer deaths and casualties on our roads.”

With the reaction to the recent deaths of cyclists in London casting a long shadow over Mr Johnson’s promised ‘cycling revolution,’ Ms Johnson said that efforts to get more people on their bikes must be accompanied by initiatives to make conditions safer for them.

“If we are to achieve a truly sustainable cycling revolution in London we must provide safe passage for cyclists across our city,” she said. “Every extra person who decides to get on their bike adds more weight to the responsibility of London's politicians and transport bosses to make cycle safety an urgent priority.”

The amended motion had been proposed by the Liberal Democrats, whose leader in the Assembly, Caroline Pidgeon, said: “Every death on our roads is a tragedy for the families concerned, but one which could be avoided by designing a better junction is a stain on our transport system. We owe it to all Londoners to ensure every sinew is strained to make cycling in London as safe and pleasant a way to travel as it can and should be.”

Initially, the Conservative Assembly Members had given the impression that they intended to oppose the motion, which Andrew Boff described as “reactionary” and he warned that it would send the signal out that cycling on the city‘s streets was not safe.

He also said that he supported Mr Johnson and TfL’s aims of trying to smooth traffic flow, saying that it actually made conditions better for cyclists by reducing causing fewer stops and starts at junctions.

Yesterday evening, a few hundred metres from City Hall, a candlelit vigil was held in memory of 22-year-old Ellie Carey, who was killed a fortnight ago at the junction of Tower Bridge Road and Abbey Street in Bermondsey, reports the London SE1 website.

Ms Pidgeon and Ms Jones joined family and friends of the young woman, with the assembled crowd listening to an address from local MP, Simon Hughes, who said that politicians from across the spectrum needed to work alongside groups such as the London Cycling Campaign to make sure that the issue received prominence during campaigning for next year’s mayoral elections.

"We have had far too many unnecessary cyclists' deaths in London," Mr Hughes said.

"Many of us cycle often and we know London needs to be safer.

"We cannot have more years in this capital city where so many young people have their lives ended – not by what they do but by what other people do which impacts on them."