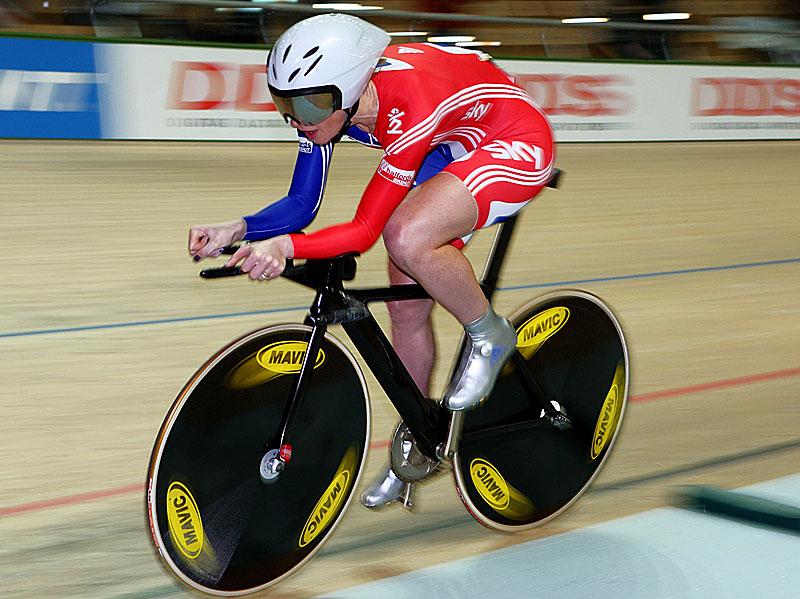 Said British Cylcing promised her a place, and Rowsell was ill before the ride
by Sarah Barth

Wendy Houvenaghel has slammed British Cycling for denying her the chance to win a gold medal for Northern Ireland at the Olympics.

The 37-year-old has said that the decision to leave her out of the team pursuit line-up was vindictive, and that if she was on board, the world record could have been faster than it was - as she was capable of winning the race 'with her eyes closed'.

In the end, a team made up of Joanna Rowsell, Dani King and Laura Trott won gold at the weekend.

Houvenaghel claims that Rowsell was struggling with illness hours before the race started, but British Cycling head coach Shane Sutton told Houvenaghel that she would still not be in the race.

Houvenaghel told Press Association Sport: "I feel particularly aggrieved that the head coach made the decision to put in a rider who wasn't 100% well on the start line twice. Thankfully the girls did go on to win their race but perhaps had I been allowed to do my job that world record could have been faster.

"We had done faster times in training in Newport the week before with me in the line-up. I do feel I have been deliberately omitted from that opportunity that was mine and the opportunity to bring home a gold medal to Northern Ireland. The last gold we had was 40 years ago with Dame Mary Peters. It's a very shocking and upsetting decision."

She added: "I've been treated really shabbily by an organisation which I have been dedicated to for six years, have won many medals for and have been a key member of the team pursuit team.

"To not allow me to ride in a three-minute race, which I can do with my eyes closed, practically, and let me pick up my Olympic gold medal was just vindictive and something which is going to take a lot of getting over."