As you’re probably aware a decrepit track surface threatened to close London's Herne Hill velodrome a few years ago but thankfully the efforts of local residents and cyclists from around the country via the Save The Velodrome campaign led to British Cycling investing in a new all-weather surface. Wonderful it is but the future of the actual site itself is still not secure which is why they've launched a range of Save the Herne Hill Velodrome cycling kit. 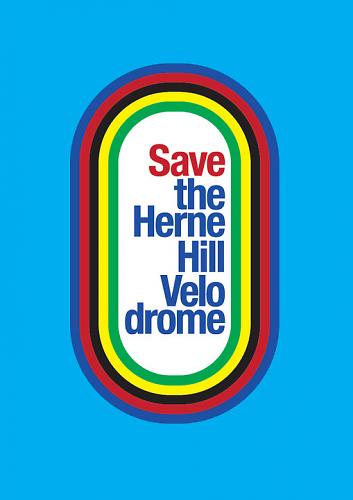 Famously the sole surviving venue from the 1948 Olympics the track has been around for much longer, being a cycling hub for over 120 years, and amongst others a young man called Bradley Wiggins honed his skills there. Thanks to that man’s successes over the last year combined with Team GB’s amazing Olympic and Paralympic performances there’s been a massive increase in cycling activity and Herne Hill now has more riders, more coaches, and more training sessions than ever before. But the infrastructure of the oval desperately needs renewing, not only to cope with the surge in interest but also to ensure that the site is financially sustainable for future years. The old pavilion has long been derelict, the toilets are in Portakabins, the cafe is a tent, and there are no changing rooms whatsoever, as anyone who has raced there and changed in the street will attest. To survive, let alone fulfil its enormous potential, it is vital that Herne Hill gets a new pavilion and plans are underway to build one, The Save the Velodrome campaign has created the Herne Hill Velodrome Trust registered charity, with the sole purpose of securing the site’s long term future. Thanks to Sport England and the London Marathon Trust 50 per centt of the finance is in the bag for the new pavilion, but the Trust still needs to find the other half. Which is where you can help. 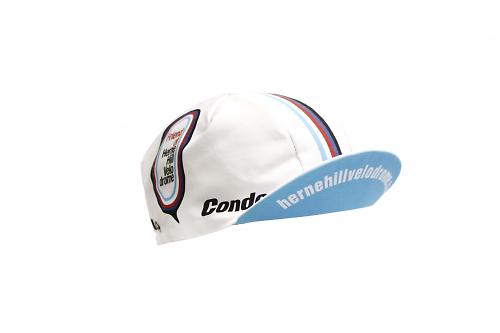 As well as helping fund this project by becoming a Friend of Herne Hill Velodrome for just £10 a year you can now show your allegiance to the cause by looking smart in some new Herne Hill Velodrome cycling kit, and drinking from one of their bidons. The jerseys have been designed by contemporary apparel maestros Milltag and are available either through their website www.milltag.cc and from Condor, Brixton and DeVer Cycles in that there London, with all the profits going to the Herne Hill charity. The cycle caps are available only at Condor Cycles (well, they say 'Condor' on them), but the Friends of Herne Hill will have everything on their stand at the London Bike Show from January 17th -20th, including t-shirts, bottles and should your wrist be feeling naked without it’s recently discarded Livestrong one, wristbands.