Introduced at the Tour Down Under, Giant’s first ever aero road bike + video
by David Arthur @davearthur

Giant has unveiled its first ever aero road bike, the Propel Advanced SL, which is getting a thorough shakedown in the Tour Down Under currently, with Mark Renshaw being spotted on one. It’s claimed to be up to 36 seconds faster than other road bikes over a 40km time trial at 40kph. They reckon it’s faster than every other aero road bike on the market.

The Propel marks the first time Giant has offered an aerodynamic road bike. It’s been some years in development, with Renshaw and Theo Bos involved in the development programme. Giant says the bike has been designed to be as light and stiff as their current flagship road bike, the TCR Advanced SL, but offering the aero advantage that many professional racers demand these days. 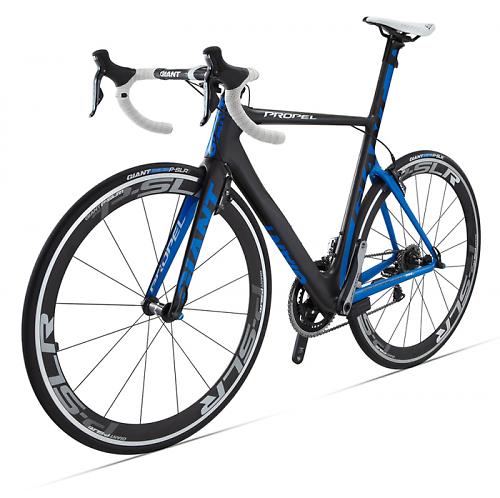 Key to the frame is the AeroSystem Shaping technology that is the result of Computational Fluid Dynamics (CFD) research and wind-tunnel tests. Every tube has been carefully shaped, with a teardrop shape in evidence wherever you look. Interestingly, it’s clear the downtube has been shaped with a water bottle in mind. It’s flattened to a degree roughly where the water bottle normally protrudes from the sides of a conventional down tube.

Testing has clearly been key in the development of the bike. As well as Bos, Renshaw and the Team Blanco riders, Giant even developed their own ‘dynamic mannequin’ to test the bike in the ACE wind tunnel at Magny-Cours, France. 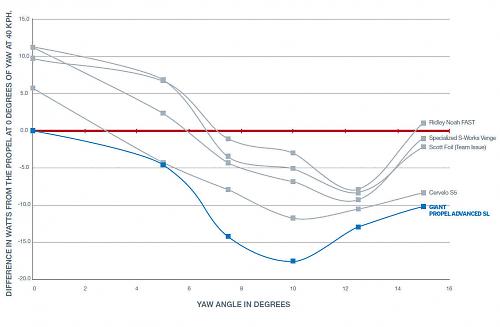 The chart above shows how the Propel Advanced SL fared against competitor’s aerodynamic road bikes, up to a yaw angle of 15 degrees. They've tested each bike with the same Giant P-SLR1 wheels, Shimano Dura-Ace 7900 groupsets and standard bars, stems and Fizik Arione saddle.

The results, say the company, is that in head-to-head testing with other brands' aero bikes is that it ‘proved more aerodynamic at every yaw angle tested’. We like a good aero claim here at road.cc, and Giant don’t disappoint. They reckon you'll be 12 to 36 seconds quicker than other aero bikes over 40km, according to Giant's stats. 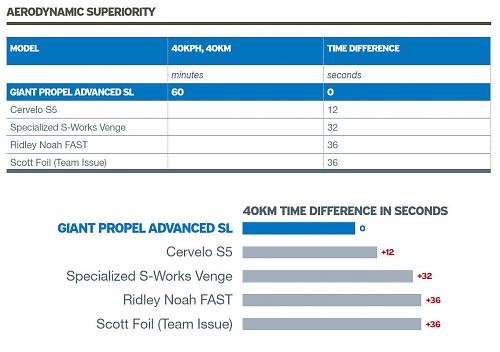 From the photos we have, it’s a good looking bike. Notable is the very level top tube (Giant pioneered the sloping top tube with its compact geometry). Integration is key with aero road bikes - keeping the airflow smooth over the frame and fork forces a rethink with components like the brake calipers. Giant’s SpeedControl SLR carbon composite mini-V brakes are located behind the fork and in the usual location on the seat stays. The company likes to weigh ‘modules’ (medium frame, uncut steerer tube, seatpost (including head), brake system and headset plug) and the new Propel weighs 1,675g. Remove all those components and we reckon the frame is safely below the 1kg mark. A 7kg or lighter build should be realistic.

There are features carried over from the TCR: the OverDrive 1 1/4-to-1 1/2in tapered head tube with larger top bearing diameter, the PowerCore 88mm wide PressFit bottom bracket and a Duotap-esque RideSense wireless speed sensor incorporated into the non-driveside chainstay. Geometry is also carried over from the TCR, making it easy to swap between bikes. 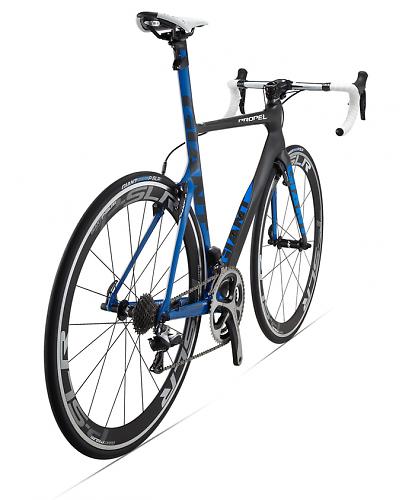 Theo Bos (above) seems impressed with the Propel: “It’s been almost a year since I started testing pre-production versions of the Propel Advanced SL. The first time I rode it I knew this was a bike that would give me an advantage in sprint situations where every fraction of a second counts.”

At launch Giant will only offer the Propel Advanced SL 3, which will cost £4,499. That gets you a frame built with a Shimano Ultegra groupset with a 53/39 chainset and 11-25 cassette. Wheels are Giant's own P-SLR1 Aero WheelSystem with P-SLR1 23mm front and rear specific tyres. Giant supply their own SLR Aero handlebar and stem, and the saddle is a Fizik Arione Kium R3.

Since we published this story, we've had news of the Envie Advanced 2, a version of the Propel specically designed for women. It was developed with World Champion Marianne Vos and designed for serious road. 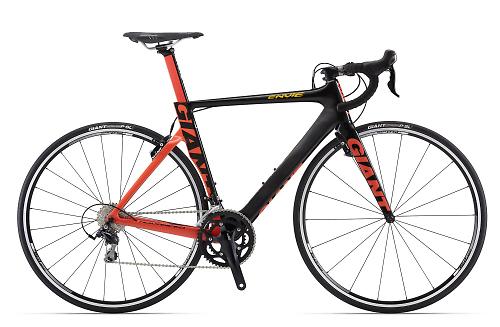 Differences include dedicated geometry. A shorter top tube and taller head tube are the key differences to the frame, along with a carbon fibre layup that has been customised.