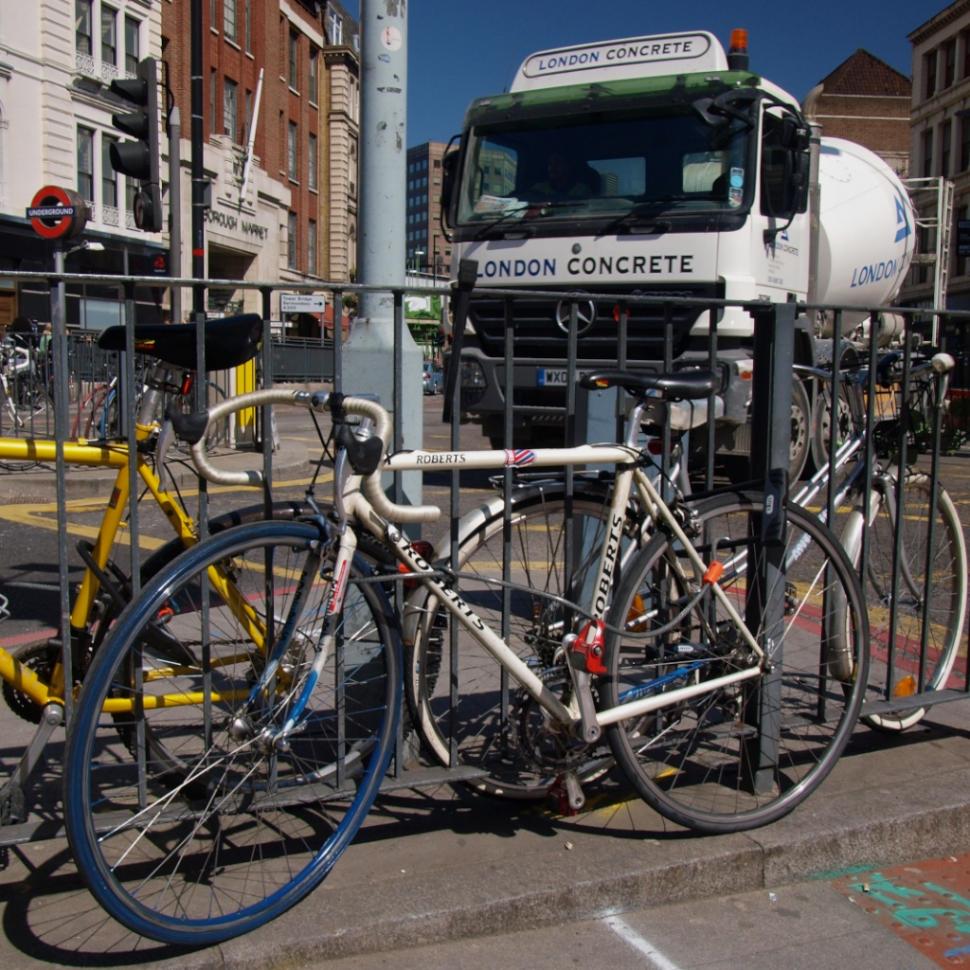 A new system, Cycle Alert, designed to improve the safety of cyclists around lorries by using sensors on bicycles or helmets to warn drivers of the presence of bike riders is to be launched next month at the Commercial Vehicle Show, which takes place at the NEC in Birmingham from 9-11 April.

Cycle Alert comprises a sensor that is fixed to a bike or its rider’s helmet, a sensor affixed to the lorry and a driver-alert device located in the cab, with the three all communicating between one another, reports the website HGV UK.

The system is aimed at giving drivers the maximum time possible to react to cyclists on the road, according to its inventor Peter Le Masurier, co-founder of Cycle Alert.

“Many systems have been designed for HGV’s, so that drivers can be more aware of cyclists close to their vehicle,” he explained. “But everybody needs to take responsibility for their own safety on the road.

“Cycle Alert empowers cyclists to make themselves more obvious to HGV drivers – no mean feat when you consider the relative size difference – and allows HGV drivers to protect themselves from the devastating impact of an accident.

“In fact I was inspired to develop this technology when I heard an interview with a truck driver who had been involved in an accident with a cyclist – I recognised then that not one but two families are left devastated by such incidents”, he added.

While the system itself sounds interesting in principle, it’s difficult to see how it could significantly improve safety without widespread uptake from lorry operators and, more importantly, bike riders themselves.

Making the sensors compulsory clearly isn’t an option, and it’s questionable how many cyclists would be prepared to fork out themselves, especially if there’s no guarantee the vehicles they are sharing the road with were equipped with suitable technology.

That leaves some form of sponsorship from within the haulage industry that would see the devices supplied free to cyclists as the only realistic option and that indeed seems to be the way Cycle Alert is leaning.

HGV UK says that the company is looking for vehicle operators that can help it test the technology, and that it would also look to get cyclists on board, including by given haulage companies supplies of sensors with each cab unit ordered that they could then distribute to local cyclists.

A vehicle belonging to construction services firm Keltbray – a company that has come under fire in the past as a result of incidents involving cyclists suffering death or serious injury after being struck by its lorries – will be at the NEC equipped with the Cycle Alert technology.

There’s another issue that occurs to us – say the system were to be widely adopted, and a cyclist not using a sensor were killed or injured by a lorry equipped with the technology, would the vehicle operator’s insurers argue there was a degree of contributory negligence on the rider’s part in the event of a civil lawsuit being brought, or even seek to deny responsibility altogether?