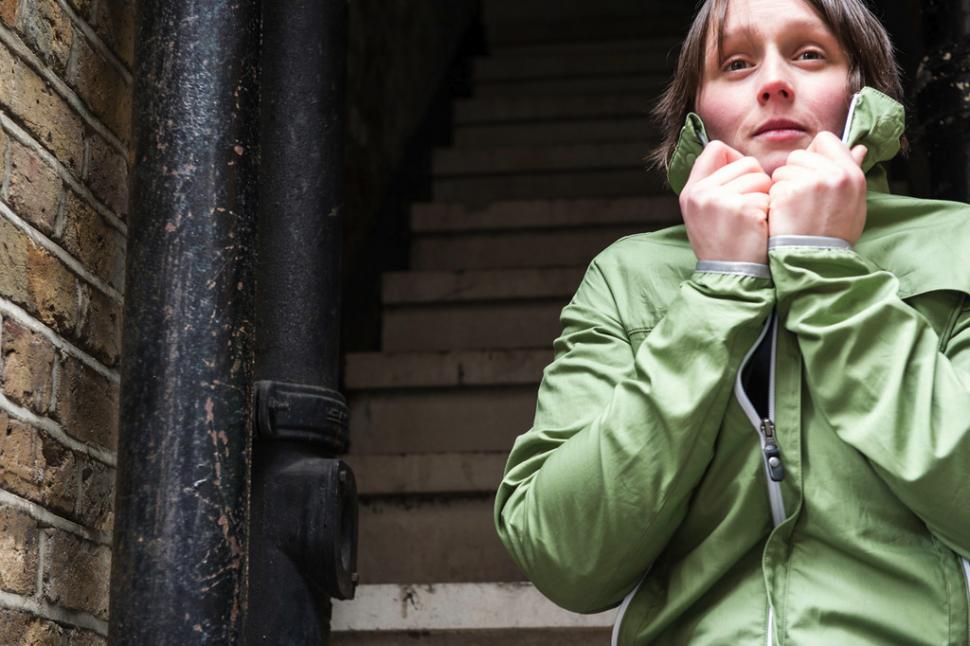 Returning after 5 years away from racing, the former junior track champion talks to Lois May-Miller about life with her new team
by admin

Last Friday saw the launch of the Matrix Fitness Racing Academy for 2013. The team, previously known as Horizon Fitness but still sponsored by the same parent company, Johnson Health Tech, has been a hotbed of women's cycling talent over the past few years. Jo Rowsell, Dani King, Emma Pooley and Sarah Storey have all spent time in the team colours, and Directeur Sportif Stef Wyman has a much-changed roster for the coming year, with a number of promising young riders joining the ranks.

Jo Tindley joins Matrix Fitness Racing Academy for her second season back after 5 years away from racing. A national track champion in her youth, Jo is an experienced racer and Wyman - the husband of CX star, Helen - will be looking to her to be a strong influence on the squad.

After finishing fifth in her first race of 2012, Jo won her next two at Thruxton before then taking 10th place in her first National Series Road Race, the Cheshire Classic. Last Spring Jo rode the Johnson Health Tech Grand Prix Series, the Women’s division of the Halford Tour Series, and ended the series seventh overall, finishing second in the sprinter’s competition – just one point off the lead.

Jo is looking to have a big season as part of the Matrix Fitness Racing Academy. She talked to Lois at the launch about the world of women’s racing and what it’s like to balance her cycling career with four - yes, four - jobs.

What is your day-­to-­day lifestyle like? Do you have much time for anything but cycling?

We (the team) spend a lot of time together. I’ve got four jobs – all shift work. I’m constantly working! I don’t really have time to go off and do other things unless it’s a race.

How do you cope with balancing your jobs and cycling? Is it difficult?

I was working all through the Winter, it was horrible. I was on the bike at 5 or half 4 in the morning through the middle of the Winter with all these lights on and stuff – it’s changing now, and I’m down to three jobs…I’m slowly petering them off so I’ve got enough to earn money through the season but still have commitment to the team.

At the minute I’m coping fine. Beforehand when I was a junior and an under 23 I struggled, even just with school stuff. But now I manage everything really well. I want to be a bike rider, I want to race so I’ve made sacrifices. I’ve got rid of my car and I ride to all my jobs. So instead of going to work all day, coming home and thinking “oh god, I’ve got to train now”, I’m like – well, I’ve done two hours training because I’ve ridden there and back. I fit everything in – everything is about cycling.

If you were a male cyclist in the same position, do you think you’d still have to work those jobs or could you make it work full time as a cyclist?

Is that just because there’s more competition in the male sport?

Yeah, that’s it. It’s a different league, you can’t really compare it to the same.

I think there are more opportunities for men. But, because of the Olympics, women’s cycling is going in the right direction. I’m on the road commission for British Cycling, and I’ve seen the great developments that are coming through.

From where I’ve come from as a Junior, there was nothing. There were no races - you’d have 30 women turn up, now you’ve got 80. It’s not going to be long before women are thought of as the same. It might not be until the next Olympics, but it’s on it’s way. We’re getting more credit, things are changing, and Stef [Wyman, team manager] is doing a fantastic job. This team…it’s going to be good this year.

Obviously you love cycling, but are you a fan of the sport? Do you follow any specific riders or teams? Does it interest you to watch races?

No, not really, I’m very single minded and I want to ride my bike. I’m not really that bothered by what everyone else is doing, it’s none of my business and I can’t be bothered unless I’m in the race with them.

If I get time I will watch races, like the Tour de France and the Tour of Britain. I wouldn’t say I’m a massive cycling geek…I don’t buy Cycling Weekly, I don’t look at the BC site. The only person I really follow is Mark Cavendish: ‘cause I just think he’s cool. 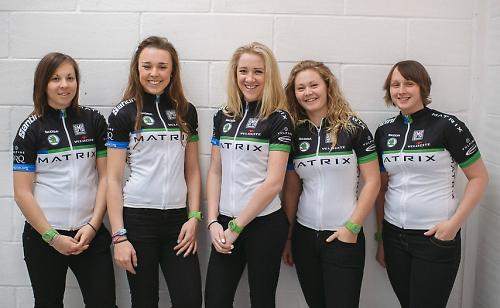 You started racing at the age of 12. When you were a junior were you very aware of the fact you were a girl, did it hinder you at all or did you just get on with it?

Back then being a female you were a second-class citizen – this was 2002, 2003 sort of time. There wasn’t much opportunity for women to race and there was never a tour series or anything like that. You get stuck with that stigma of being a girl: you’re not strong enough, you can’t ride a bike very well.

As a junior, I always rode with the men so in my eyes I rode like a man and I got treated like a bloke. You’ve just got to get on with it, it is a male-orientated sport, and that’s probably never really going to change. Yes, there’s a divide, obviously, but it’s getting there. I think that everything that’s happened in the last 5 years is so positive, it’s just brilliant.

It does seem to be the case that women’s cycling is on the up. I’ve just got my 4th Cat license and have a diary full of women’s races, but I know that just a few years ago that wouldn’t have been possible. It seems the sport is getting more popular and receiving more credit that it ever has before. Why do you think that is? Is it just down to the Olympics, or are people’s attitudes just changing over time?

I think the whole build up of having the home Olympics is the main thing…the women’s road race was just spot on – you couldn’t have written that any better. That’s how it started…but it’s the whole build up, and everyone putting all this funding into sport, I think that’s what’s done it. I think probably the Olympics was the main catalyst…how well Lizzie did and how well the girls did on the track… people have realised that actually you can still be girly.

So do you think it makes a big difference having feminine role models in the sport?

It makes a massive difference. Back when I started no one ever had their nails done, whereas now they’re all getting that stuff. That’s not me, but it’s all part of it. I think that’s what really appeals to the girls, that they’re good bike riders but can still be glamorous. The whole stigma has changed, and it’s just going to get better.

Do you know much about the #fanbackedwomenscycling initiative that Stef and the team are involved with? What are your thoughts on it?

I think it’s an absolutely fantastic idea. All the reports I’ve had from these race training sessions…have been brilliant. It’s another way of finding new talent to come through. I’ll be a bit blunt…I understand [beginners] have got to start somewhere, but I don’t want them starting in my race. Giving the 4th Cats their own races is a brilliant idea and has made such a difference to our racing.

Matrix RA are supporting the Bedford 3 Day in May. Do you think there are enough women’s races in the UK?

I do. I mean, I race a lot with the men so it doesn’t really bother me, I’ll just go out with the men. But I think there are plenty. Bedford’s going to be great this year.

What races are in the diary, and which are you most excited about?

This season I’m very excited about the Johnsons Health Tech tour again, I would like to wear the sprinter's jersey again and also have a stage win.

Another race I'm looking forward to is the National Crit Championships and the Road Champs. I also hope that we get a chance to ride as a team in Europe in some stage races.

What are your goals for the season? What are you most looking forward to and what do you want to achieve?

What I’m most looking forward to is working as a team. I had a great comeback year racing with VC St Raphael, they were an amazing help, but I am looking forward to riding for a more structured team. [Matrix RA] have got some of the top girls in the UK. Whatever my role will be, it will be done properly.

My goals: just to keep progressing forward in my sport and getting better and better all the time. Ultimately I would like to turn pro one day so this to me is a stepping stone. The opportunities are there, I’ve just got to grab them.