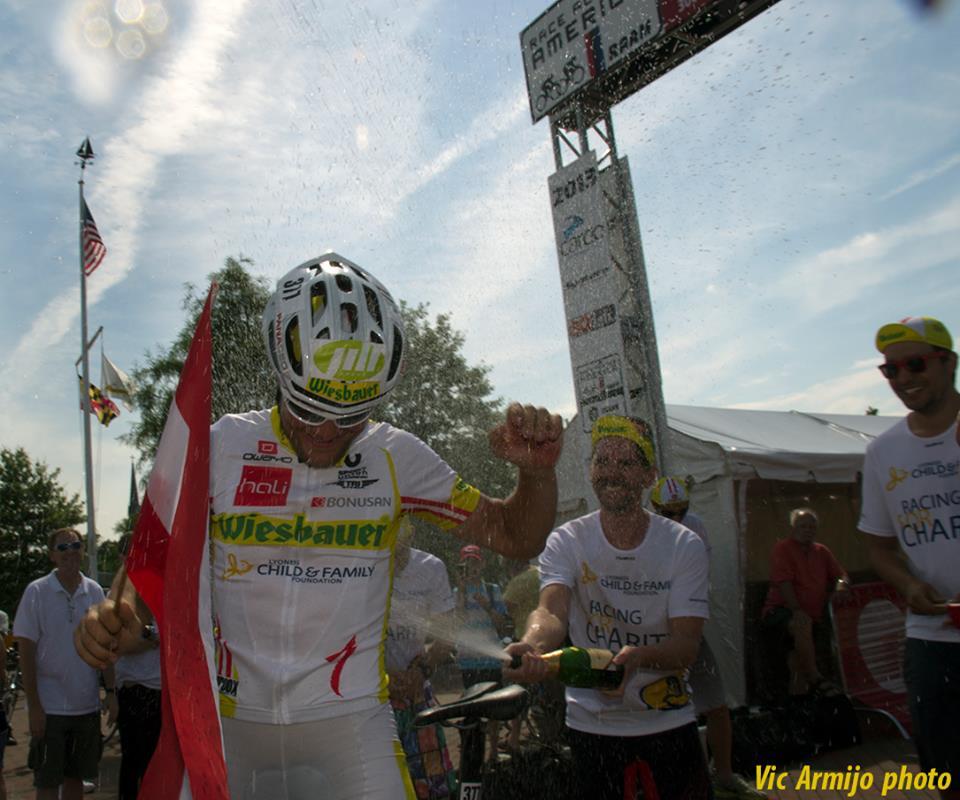 Austrian Christoph Strasser yesterday won the 2013 Race Across America in fine style, becoming the first man to finish the race in under eight days and breaking both the race record and Michael Secrest’s coast to coast solo record in the process.

After crossing the finish line Strasser said, “It's so great I can't even realize it, because the record—it was from back in 1986 when I was just 3 years old.

“It is unbelievable for me because I was not planning doing this record before the race, I was just trying to be as fast as possible.

When I was thinking that it can be possible if everything works out, but it was not my concrete plan to do it. So I am really surprised that it has worked so nice.”

“Christoph you are awesome!” said Penseyres. “That was the most incredible cross country ride ever,” Penseyres said in congratulating the man who had just broken his record.”

Asked how it felt to have his record broken, Penseyres replied, “I'm glad he did. He's a worthy champion. I'm just so happy it worked out for him this year.”

Last year’s winner Reto Schoch is now third after taking a long beak and being passed by Dani Wyss. Top Brit in the race, Mark Pattinson has moved up to fourth and less than 40 miles behind Schoch.

Maria Parker remains in the lead in the women’s category, some 50 miles ahead of Cassie Schumacher.

In the team competitions, the eight-man Allied Forces - Team 4Mil/Strategic Lions squad, which includes four British riders, had just over 300 miles to go at the last checkpoint. Their average speed of 24.51mph puts them on track to break yet more records. Ot only are they ahead of the pace of last year’s team winner ViaSat, but the 1989 all time RAAM speed record of 24.02 mph also looks in serious danger.

In the four-man contest, British team RAAM Fireflies is now in second place behind the German  4athletes powered by gateprotect squad. With over 500 miles still to go in tha contest, it’s certainly not all over yet.