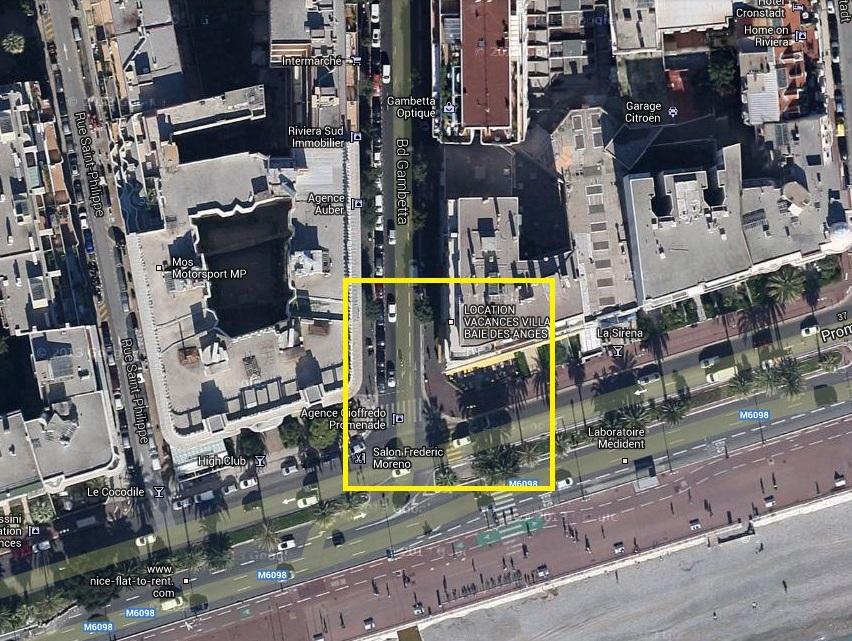 In Nice for TDF next week? Come help turn a corner of the Côte d’Azur into Yorkshire

It may not be "some small corner of a foreign field that is forever England,” but if you’re in Nice next Tuesday for the Team Time Trial on Stage 4 of the Tour de France, Welcome To Yorkshire wants your help in turning a street corner in the Côte d’Azur city into part of England’s largest historical county, if only for an afternoon.

The junction of Promenade des Anglais - named for the habit of the English to join the local chiens fous in partaking of the midday sun - and Boulevard Gambetta is the one corner location in Central Nice where fans will be able to see the 22 teams ride the course in both directions.

It’s around 1.5km from the start of the 25km course, and close to the flamme rouge on the way back to the finish.

Welcome to Yorkshire, the tourism agency that won the right to host next year’s Grand Départ of the world’s biggest annual sporting event, plan to turn the junction into “Cragg Vale Corner” from 4pm onwards, with media in attendance for some photo opportunities.

You may want to get there a little earlier to stake your claim to a spot outside the Pinocchio Gelateria – the caravan passes at 1.30pm, and the first team will be out on the course at 3.15pm, hitting that very corner less than 2 minutes later.

There are plenty of bars and shops to stock up on food and drink in the vicinity, and if it gets a bit hot, the Med’s just across the road if you fancy a quick dip.

Calling All Yorkshire and British Cycling Fans! Are you going to be in Nice on 2 July for the team time trial? Then come and join us for a Yorkshire TT party.

At 4pm, come and make cycling history and create a new landmark – Cragg Vale Corner – on the corner of the Promenade des Anglais and Boulevard Gambetta. We want everyone who is in Nice from Yorkshire and Britain to come, wearing your club or favourite team kit. Bring family and friends! The spot is not far from the flamme rouge, and if you walk along the Promenade des Anglais away from the finish, it's not far after the landmark Hotel Negresco. It's also one of the spots you can see the riders going in both directions on the route.

Official Grand Départ 2014 flags will be available as well as new temporary tattoos, so join us to show your support for the British riders in this year’s race and to celebrate the next Grand Départ starting in Yorkshire.

The actual Cragg Vale, by the way, will feature on the route of Stage 2 of the 2014 Tour de France.