The Addict is back, and it’s lighter than ever, 995g for frame and fork
by David Arthur @davearthur

We first spotted Scott’s reworked Addict at the Tour of Flanders and Paris-Roubaix race earlier this year, where it was undergoing final testing. It has been officially unveiled at the Tour de France, with most of Orica-GreenEdge aboard the new bike. The Addict has been absent from Scott's range for a few years, since they focused on the aero Foil, but they've clearly been busy: the new Addict is their lightest ever. A 54cm frame and fork package weighs a claimed 995g.

That’s lighter than many frames on their own. Cervélo’s recently released RCA weighs a claimed 667g for a 54cm frame. Scott have long been an innovative company when it comes to carbon fibre. They’ve been pushing the material as far as they can over the years. The previous Addict was one of the lightest production carbon frames when it first came out back in 2007, and used carbon for parts like cable stops and dropouts to reduce the weight. 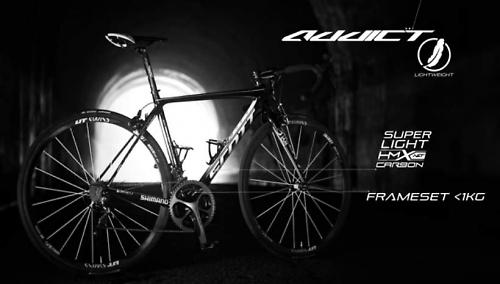 The new Addict SL takes the development a step further. They’ve worked on the carbon fibre layup and use T1000 carbon fibre with a resin that is reinforced with carbon nanotubes. Scott say that this allowed them to reduce the weight without much compromise in stiffness. That sounds similar to the new resin Cervélo are using in their RCA, 3M's Powerlux resin, which is infused with 40% nano silica particles. They only use it in key areas of the frame though, so it will be interesting when we get more details from Scott as to how they’ve used their new resin. What is interesting is the visual similarity with the Foil. In a way, it looks like a Foil that has been put on a 5:2 diet. It’s clear they’ve harnessed some of the aerodynamic knowhow from developing the aero road bike into the new Addict. Aero is of a growing importance and with the latest carbon fibre manufacturing processes they’re able to keep the weight low while increasing the aerodynamic efficiency. 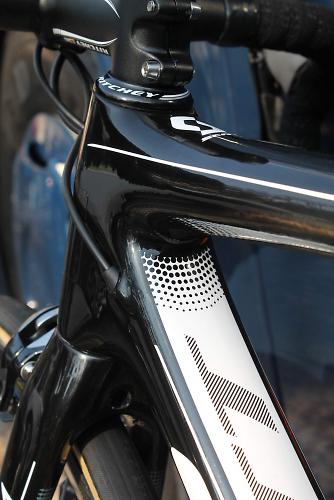 They’ve also worked on ride comfort, and this was confirmed when we chatted to Heinrich Haussler who told us it that was far more comfortable and smooth than the stiff Foil.  Unlike the previous generation Addict, there’s no integrated seatmast. Instead a regular seatpost should contribute some flex to soften the ride. There’s a real battle being fought between a handful of manufacturers for the title of lightest production frame, and with the new Addict SL, Scott have made a serious bid for the crown. More details soon...