Zipp will now be building all of their Firecrest carbon clincher and tubular rim-brake wheelsets using the latest version of their 188 rear hub, the V9, and a more effective spoke-lacing pattern. The same applies to the 202 tubular wheelset. Zipp say that the refinements result in improved stiffness and durability. 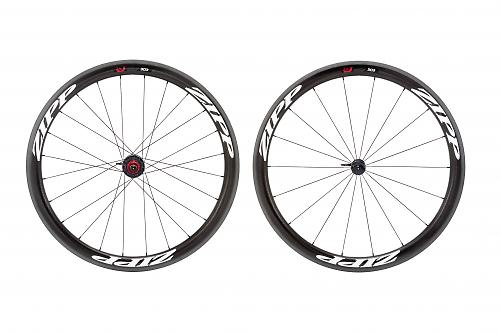 Mark Cavendish of Omega Pharma – Quick-Step, currently racing in the Tour of Britain, received early 188 hub prototypes in January and has logged 13,000km (over 8,000 miles) on various versions. He has used them on his way to stage victories at the Giro d’Italia and the Tour de France. Zipp say that Cav’s feedback helped decide the hub’s flange geometry, stiffness and weight. Team Saxo-Tinkoff raced the final production model of the 188/V9 hub at the Vuelta a España. • The 188/V9 has 25 percent more torsional stiffness than a leading competitive hub (although Zipp don’t name that hub). The new hub is also laterally (side-to-side) stiffer that its rival or predecessor.

For more info on the Zipp range go to www.zipp.com.

Earlier this year Rapha produced a limited range of 1,000 personalised Team Sky jerseys and, due to their success, they are producing another limited run. They cost £95, and you probably don’t want to hang about if you really want one. Rapha are now doing a long sleeve version of the personalised jersey for autumn. It’s made from the same breathable fabric as the short sleeve jersey, with open mesh used for the side panels to aid ventilation. There’s a full-length main zip and three rear pockets. 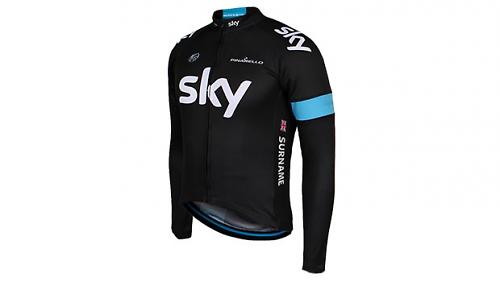 The cyclo-cross season is in full swing, and Rapha have just sent over news of their 2013 Cross Collection. They’re still supporting the Rapha-Focus Cyclocross team, which means the distinctive tricolour livery is on full show in the range. A new item in the range is the Cross Transfer Jacket made from Primaloft One insulation with Thermoroubaix side panels and soft brushed lining inside the collar. It’s designed for wearing on the way to a ‘cross race, warming up and cooling down either side of the hour of frantic racing. It’s finished in the team colours, costs £190 and is due in stock in November. More at www.rapha.cc/shop/cyclocross Also new is the Merino Mesh base layer. Rapha say it’s designed for all conditions year-round, even the heat of the summer. It uses a proprietary merino fabric that takes everything that is good about merino, but makes it into a lightweight mesh structure to improve ventilation. Some people find merino wool too warm as a base layer so this could be the answer. It’s constructed using flatlock seams, has a dropped tail, and there's a Rapha logo tab on the neck. It’s available in short sleeve for £55 or long sleeve for £60.

No T-shirts for you this week, but we do have news from howies that they've launched their Crank Crew (£79) jumper. 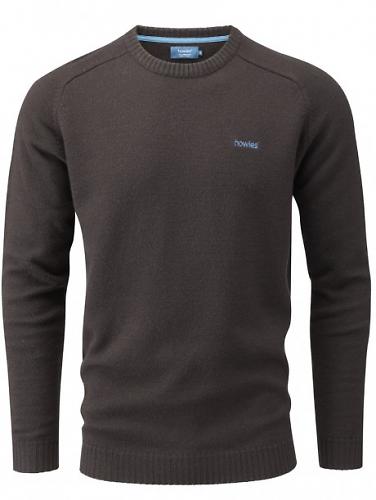 The Crank Hoody (£99) returns, updated for autumn. Like the Crank Crew, it’s made from superfine merino wool so you get all the same excellent qualities we’ve come to love about the wool, but it ffeatures a full-length zip and hood for increased versatility. There’s a pair of zipped hand pockets and a rear zip pocket, and a toggle adjustable waistband. pOcpac are releasing a new generation of three iPacs for keeping your mobile phone and other valuables safe from moisture when you’re out riding. You can operate a touch screen through the iPac, and a new smart window allows you to use the camera on your phone too. The new versions have been made with more robust materials than before and come with an easy-grip zip.

The new iPacs start from £7.99 and are available in three sizes, which should fit every phone on the market – even something like a Samsung Note 2. The middle-of-the-range iPac 3X (99mm x 171mm) will take a Samsung Galaxy S3 or S4, or an iPhone 5 with a case. The new iPacs will be launched officially at The Cycle Show at NEC Birmingham next week.

Camelbak have updated their Podium water bottle design. The changes have been focused on making the bottle easier to squeeze. 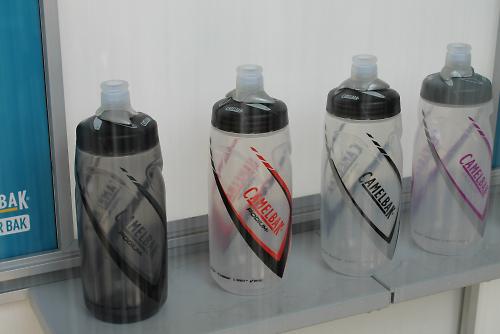 The bottle should be easier to hold now too, with a row of sculpted grooves do you can get a better grasp on the bottle. The valve, the unique feature of Camelbak’s bottles, has been redesigned to increase the flow rate, and it easier to twist lock.

The Evolution of Bicycles

This poster is possibly the coolest thing we’ve seen all week. The 24x18in illustration features the evolution of the humble bicycle, with 75 bikes spanning from early boneshakers to the latest state-of-the-art mountain bikes and road racers. Each print will be signed and numbered by the artist from an initial run of 500, and costs $27. The poster is printed on 100 lb archival recycled stock certified by The Forest Stewardship Council, pressed on an offset lithographic press with vegetable-based inks in Flatlands, Brooklyn. You can get yours here http://popchartlab.com/collections/prints/products/the-evolution-of-bicy...

Cooper collaborate with Hackett on bikes and clothing

Cooper Bikes have collaborated with Hackett to produce two custom bikes, while the clothing firm has launched a range of cycle clothing - yet more proof that cycling is now in the mainstream.

The two bikes are the Hackett Cooper and Hackett Cooper T. They’re both based on current models in the range, but feature custom details, such as the Cooper/Hackett head badge, new paint scheme and decals, and other neat touches that ensure they stand out. The Hackett Cooper is a singlespeed,  a chrome finish frame and gumwall tyres giving it a classic look. The frame is made from double-butted Reynolds 531. A Brooks saddle and matching bar tape, Mavic Open Sport rims and Tektro brakes complete the package. The Hackett Cooper T, meanwhile, is a geared touring bike with a lugged and brazed Reynolds 531 frame complete with rack and mudguard mounts. It has a Campagnolo Veloce 10-speed groupset, a Brooks saddle and bar tape, and polished Cooper Mirabeau handlebars and stem. There's also a range of luggage to complement the partnership. Luxury menswear clothing brand Hackett is entering the cycle market with several smart looking garments. They’ve worked with the team at Cooper bikes on developing the clothing, as well as investing in two designers with a cycling background to ensure they get the details just right. Over the years CycleFit have been expanding their bike fitting services outside of their London store, and the latest addition is Cotswold Cycles in Gloucester. If you want to get a bike fit session booked with Cyclefit but don't fancy travelling into London, here you go www.cotswoldcycles.co.uk. Hey, what do you make of this? Bianchi are launching a range of watches. Well, "time pieces" they're calling them... but they look a lot like watches to us. The Bianchi Time Pieces collection is Italian designed and Swiss made, and includes a three hands model in two sizes (38/43mm). All models are available in black, white and Bianchi Celeste... and that's all we know. No prices, no nuffink. Looking at them, though, they don't look like they're going to be cheap, do they?

Bianchi are exhibiting the wa... time pieces for the first time this weekend at the Expobici international bicycle show in Padua, Italy, and promise some more info next week. We'll keep you posted.