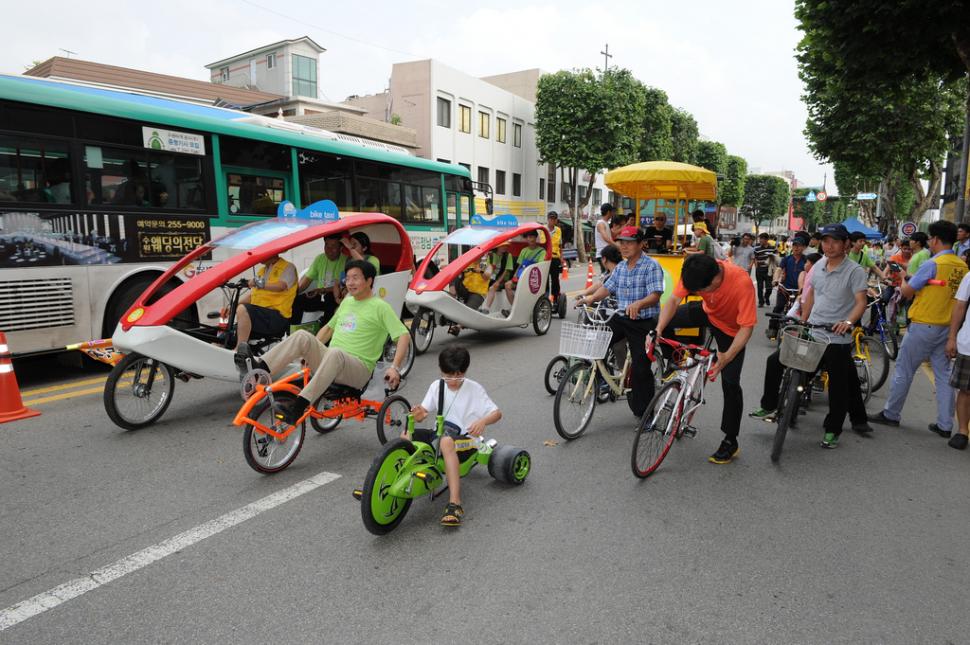 A South Korean city has just ended an experiment which saw its streets emptied of cars for the whole of September.

The scheme, which was run as part of the EcoMobility World Festival in Suwon, forced residents to park their cars outside of the festival’s perimeter and experience their car-less city on festival-provided transport.

Organisers of the event supplied a zoo of both man and electric-powered vehicles in all shapes and sizes to the participants, many of whom were apparently apprehensive enough to tell organisers that they “don’t even know how to ride a bike anymore.”

The city - just south of the capital Seoul - was the only city that was willing to partake in this cyclist’s dream which was organised by the Germany-based International Council for Local Environmental Initiatives (ICLEI).

Two years prior to the event Konrad Otto-Zimmermann, head of the ICLEI, approached a number of cities around the world, but Suwon was the only city interested. He blamed this lack of enthusiasm on urban leaders' shortsightedness, and their unwillingness to plan for the city-of-the-future’s needs.

Otto-Zimmermann, speaking to DW news said: "It was surprising because South Korea is such a car-oriented society where people still strive to have a car in order to show their social prestige.

"In Europe some cities are very advanced in sustainable transport policies, so maybe they don't think they need such an exercise in order to advance."

Whether or not the scheme has been successful in lowering carbon emissions in the city, and changing the attitudes of the residents, will become clear over the coming months. But, the foresight and progressive attitude of the organisers and people of Suwon is something that cities around the world could learn from.

In the UK the explosion of Boris-bike-mimic schemes suggests that ecomobility is in the minds of our urban planners. The expansion of the Barclays Cycle Hire scheme to Fulham which was given the go-ahead recently, suggests that the scheme has been a success. But would we see a higher uptake in urban cycling if  an event like the EcoMobility World Festival came to the UK?