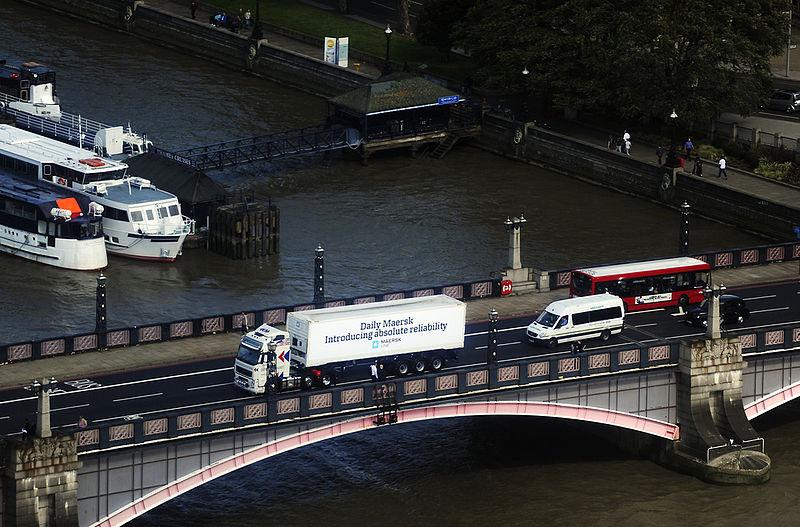 TfL to trial out-of-hours delivery by lorries in London

Transport for London (TfL) is to trial out-of-hours deliveries to remove lorries from the capital’s streets outside peak hours to improve road safety and ease congestion.

The proposals, which build on the system of out-of-hours deliveries developed for the London 2012 Olympic and Paralympic Games to minimise disruption and traffic jams, are contained in a document called Delivering a Road Freight Legacy.

They were outlined earlier this month at the London Freight Forum, with Mayor of London Boris Johnson commenting: “The out-of-hours deliveries during the London 2012 Games were another of those measures which initially raised eyebrows but in practice were a stonking success.

“Businesses benefited by saving money and congestion was reduced across the capital.

“It is exactly these sorts of innovative solutions we need to explore in order to ensure we balance the conflicting demand for space on London's roads and streets as our population continues to rise.”

Lorries account for around 5 per cent of London’s traffic, but are involved in around half of cyclist fatalities in the city, according to London Cycling Campaign.

Some European capitals enforce bans of some lorries on their streets during peak hours, and British Cycling and RoadPeace, among others, have campaigned for similar restrictions to be implemented in London as a means of improving the safety of cyclists.

In its Safer Streets for All document published in June this year, TfL said it would “study the experience of cities such as Paris and Dublin, where lorries over a certain size are restricted from certain parts of the city, or at certain times of the day.”

The Delivering a Road Freight Legacy report makes clear that the safety of cyclists is one of the prime motivations behind exploring the introduction of out-of-hours deliveries.

… while progress has already been made to enhance safety, the number of cycling fatalities in recent years shows that there is still much more to do.

The continuous need for safety improvements has been brought into sharper focus following publication of the Mayor’s Vision for Cycling in March, which outlines plans to double the number of cyclists in the Capital over the next 10 years.

Options to enforce higher standards  of vehicle safety in London, including a proposed charge for vehicles without basic safety equipment, therefore need to be considered in conjunction with the planning and design of new infrastructure to provide space for increasing numbers of pedestrians and cyclists.

The trials, which follow a recommendation from the Mayor’s Roads Task Force, will see TfL partner with London boroughs and the haulage industry in an “out of hours consortium.”

Further details of that body will be published later this year, with the trials themselves due to start in 2014.

They form part of this wider package of works, which look to change the way goods and services are delivered, and were a key recommendation of the Mayor's Roads Task Force.

They are due to last two years, and TfL says the results “will be used to determine the barriers that need to be overcome in order to roll out these measures more widely.”

Issues to be addressed include whether vehicles might need to be modified, for example to reduce noise, as well as potential changes to the law that may be required.

“It's vital we harness the London 2012 Games legacy and maintain momentum while the details of the longer-term plans are developed.

“Although some of these issues will not be resolved overnight, by working together, we can build on recent successes and ensure that freight deliveries in London can be even safer, greener and more efficient in future.”

Jack Semple, Director of Policy at the Road Haulage Association (RHA) added: “The RHA is committed to working with TfL to address the challenges that lie behind the London Freight Plan.

“It is right to recognise the continuing progress made by the haulage industry and its suppliers in making operations safer and more efficient and that many factors are out-with the control of HGV and van operators.

“The concentration of demand for deliveries at peak periods of the day is a constant challenge.

“London's Out-of-Hours delivery trials will highlight the many potential benefits to be had from receiving goods at other times and at night, although the transport industry will be wary of further regulation.”