Costing £115, the Blink/Steady is without doubt one of the most expensive rear LED lights we’ve ever come across on road.cc. It’s also the only light we know that uses a motion sensor to automatically switch on and off when you start and stop riding.

After launching on Kickstarter in the US a year ago, the light is now available to buy in the UK. The Brooklyn-designed light offers several interesting features, such as the one-piece seatpost clamp - you have to remove the seatpost to slide it into place - and the light fixes to the clamp with two small Torx bolts. This, says the company, makes it more secure and less liable to be stolen. Most common seatpost diameters are supported. 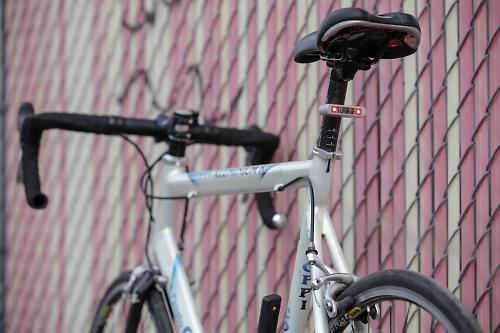 There are no buttons on the sleek aluminium body. Instead, an accelerometer can detect when the bike is moving and automatically switch the light on. Once the light has been woken up by movement, it’ll stay lit even when stationary at the lights, where the company says there is enough movement to keep it activated. When your bike has been stationary for 30 seconds the ligth will automatically switch off.

An additional photosensor means the light can distinguish between day and night to save it switching on when it’s not needed, and conserve battery life. 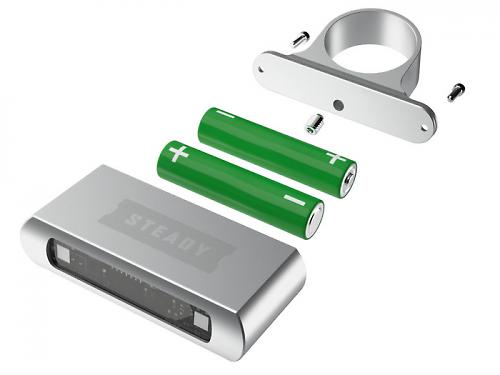 Powering the two 0.5W LEDS are a pair of regular AAA batteries, which the company claims in their tests lasted over 200 hours. The light offers either a steady or flashing mode, which you choose by flipping the light over in the clamp. Blink/Steady say they’ve developed a beam pattern to be visible from a wide 120 degree range. 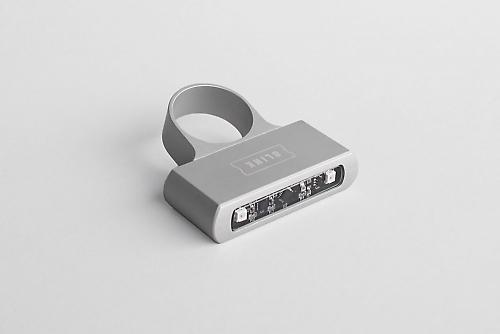 The light is fully waterproof and and weighs just 60g with a 25-27mm seatpost clamp. It's available from www.patterrn.com/shop, the price includes VAT and delivery.

While the £115 price does seem excessive, the Hope District 3 rear light effortlessly trumps it with a £165 price tag.

1
Concerns over future of Sheldon Brown’s website as bike shop where he worked closes down
2
Near Miss of the Day 595: Classic traffic island Must Get In Front driver then left-hooks cyclist
3
"Angry and fed up" female cyclist confronts male driver who made sexual remarks at her
4
Kickstarter campaign cancelled for kit available only to those who ride fast enough
5
WiggleCRC to be taken over by German online giant
6
Supersapiens comment on UCI ban of blood glucose monitoring devices from in-competition use
7
Three chances to win with Hunt! Wheels, a ride in Tour of Britain team car and tubeless kit must be won
8
Five cool things coming soon from Vitus, Rapha, Scott Sport, Wolf Tooth and Alba Optics