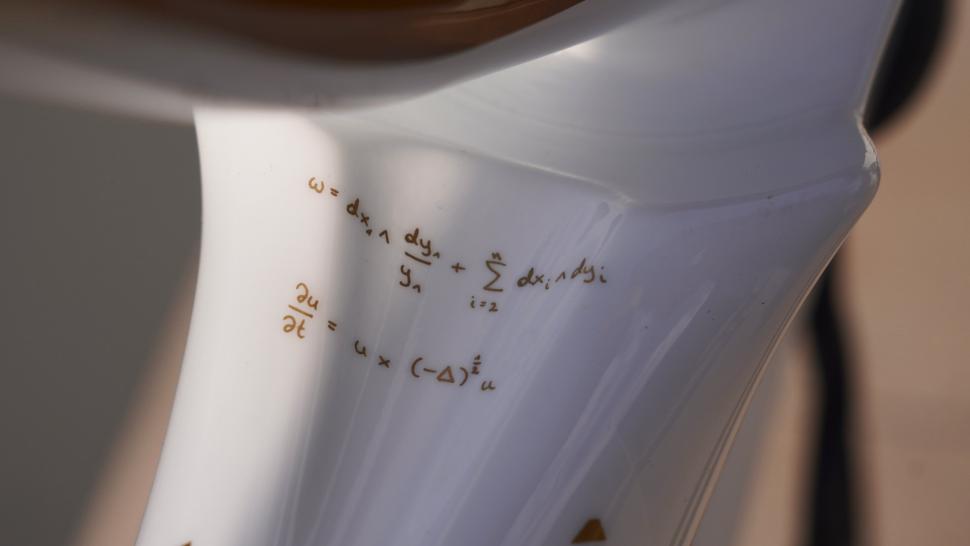 Olympic champion Anna Kiesenhofer has a new bike... with part of her PhD thesis etched on the frame

Last month, the Austrian mathematician who defeated the world's best to claim a road race Olympic gold for the ages said that she would avoid joining a WorldTour team for the foreseeable to "have my own sponsors" and set up my own team"; and it looks like one of those sponsors might be UK bike brand Factor, with Kiesenhofer this morning teasing a custom-painted Ostro VAM bike complete with the topic of her PhD thesis inscribed on the frame.

What do you think of my new bike @evamirandag ? 😊A small reminiscence of the topic of my PhD thesis (first line, the normal form of a b-symplectic structure) and my research as a post-doc (second line, the half wave maps equation). pic.twitter.com/JF1DasFM7O

Unfortunately we haven't been treated to the full bike yet, but pictures on Kiesenhofer's Instagram page clearly show the Ostro VAM logo in three places, plus a Shimano Dura-Ace disc brake caliper. We can then assume that it's a full top-of-the-range model (unlike the mix-and-match components she ran on the Scott Addict she rode to Olympic glory) and the gold detailing is of course a nod to her success in Tokyo.

If you're not up on your maths (this lowly cycling journalist certainly isn't) then you might not fully understand Kiesenhofer's explanation of why she's chosen to add the two equations to her bike; but even so, here's what she said about why they are important to her:

"The first equation is the normal form of a b-symplectic structure on a 2n-dimensional manifold. The second equation is the half-wave maps equation, which played an important role in my research as a post-doc at EPFL, Switzerland, during the last four years. When I wasn’t thinking about my training for Tokyo, this is what occupied my thoughts. 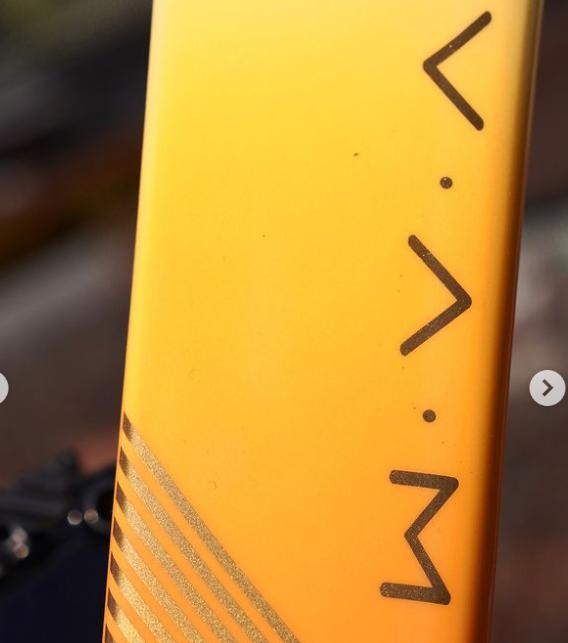 Telling her story is something the previously quite elusive Kiesenhofer has started to do over six months on from a victory described as one of the greatest in Olympic history, saying she deserved the win because it "came as a result of a lot of work" on Eurosport's Cycling Show.

On her YouTube channel (with just 44 followers and one video upload) Kiesenhofer also quietly dropped an excerpt from a speech made at the Vienna Congress 2022, at which she was the recipient of the Special Golden Arrow Award.

Titled 'About small goals and big goals', she said: "My Olympic gold medal made me famous, but I do not want it to be a remote fairly tail of a super-talented high achiever that normal people cannot relate to.

"I am not a super-talented high achiever I'm a normal person, and this Olympic gold medal stands for all the small successes I had in the past, before the win that made me famous.

"And it should stand for all the other small successes that other people have, for all the sacrifices that go unnoticed."

Wise words indeed - what next for Kiesenhofer's burgeoning independent 'team'? Without a pro team behind her she'll be limited to events that allow her to race in national colours, which means the European Championships in August and the Worlds in September. Looking further ahead, no doubt Kiesenhofer will be targeting a big race in Paris two summers from now...