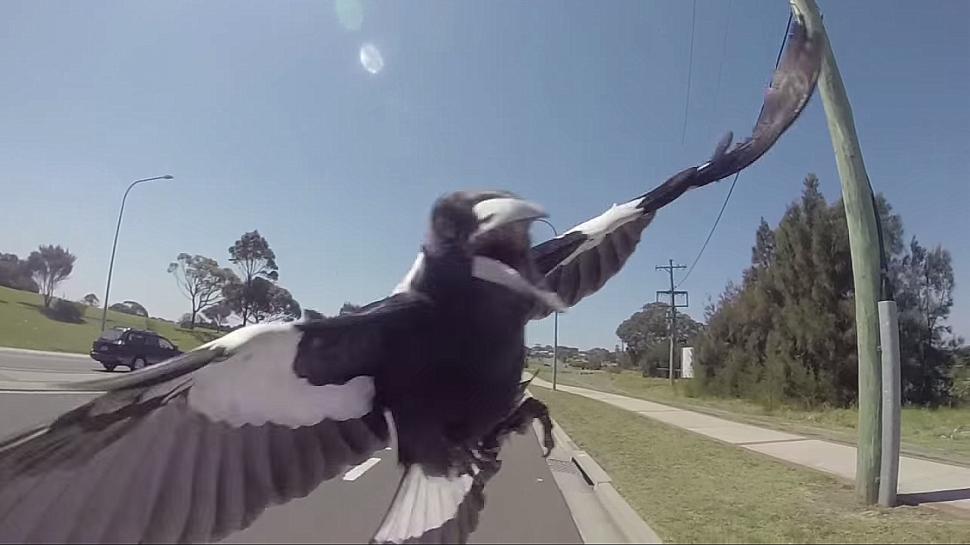 A vet in Australia has sounded a warning over potential attacks by magpies on riders and spectators at the UCI Road World Championships, which begin in Wollongong, New South Wales, on Sunday, saying that there is potential for “calamity” at the week-long event.

The Australian magpie, gymnorhina tibicen, which despite its black and white plumage is not a close relative of the European magpie pica pica, is known to attack cyclists while defending its territory during springtime, its nesting season, and we have reported on a number of such incidents here on road.cc over the years.

With the World Road Cycling Championships getting underway in Wollongong this weekend, Dr Paul Parland from the Illawarra Animal Hospital said people heading out to watch the racing need to be careful of swooping magpies.

Wave FM reports that Dr Paul Partland of the Illawara Animal Hospital has advised fans not to attend the event alone to minimise the prospect of being attacked by the swooping birds.

“I know that in the northern suburbs there have been a couple of problematic magpies over the last few years which have resulted in some really difficult situations,”  he explained.

“Magpies can be quite territorial and there's going to be a lot going on in their particular areas.

“Swooping birds tend to target people that are by themselves and also people that are moving in very fast ways,” he continued, raising the prospect of some rather interesting avian action during the individual time trials next week.

“Unfortunately I don't think we're going to slow down the cyclists in their race to take a little side breather as the birds swoop by,” the vet said.

“As we're watching it as pedestrians and spectators we should be walking rather than running,” Dr Partland added.

Research has found that around nine per cent of Australian magpies become aggressive during mating season, with cyclists said to be on the receiving end of one in two attacks on humans.

And in a study published in 2016, behavioural ecologist Darryl Jones said that the birds remember their victims.

“If they think you’re a threat, they will follow you and attack you for years,” he said.

The birds usually swoop down from above and behind riders, with many such incidents caught on camera, including one in which a cyclist was attacked 13 times – unlucky for some, indeed.

Such is the frequency of attacks by magpies that there is even a website that enables people to log incidents, and also provides advice on how to avoid being targeted.

Jon Clarke, who runs the swoop-tracking website MagpieAlert.com, said: “Anyone across Australia can come and register their swoops to pre-warn others.”

He said that many attacks see the birds target areas “around the eyes and the face and the ears,” adding that “ears seem to be a pretty common attack point.”

Some cyclists have sought to try and deter the birds from approaching them, such as putting zip ties or googly eye stickers on their helmets (which are, of course, compulsory for bike riders across Australia).

But in 2016, Bicycle Queensland chief executive Ben Wilson expressed scepticism about the efficacy of such methods, saying that research had shown them to be “essentially useless,” and that they “make you look like a dork.”