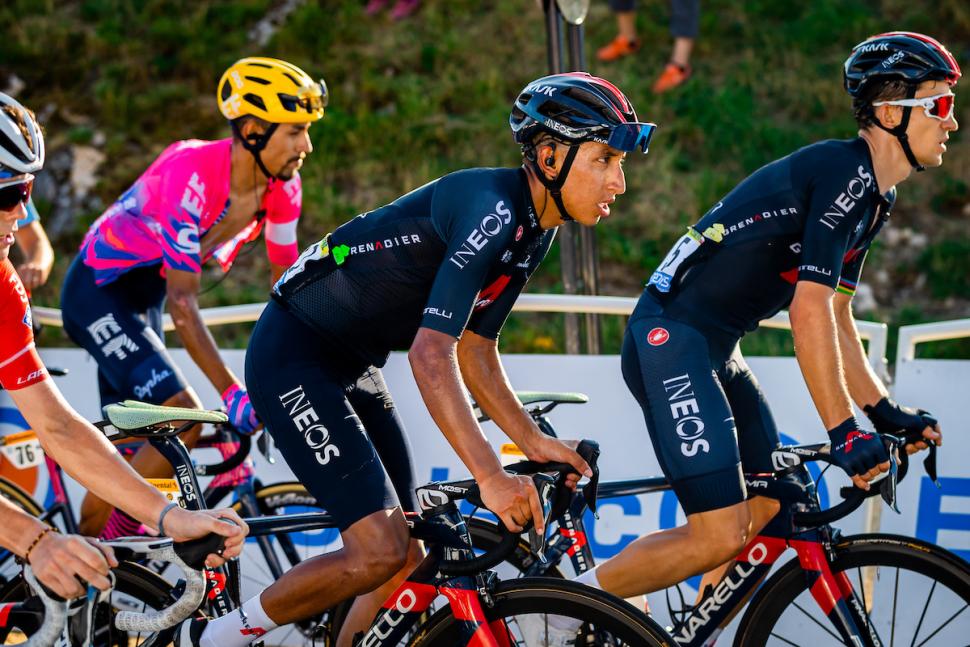 Egan Bernal facing months of rehabilitation due to spinal condition

Ineos Grenadiers rider reveals he is suffering from scoliosis
by Simon_MacMichael

Egan Bernal has revealed that he is suffering from the spinal condition scoliosis and faces months of rehabilitation to get back to full racing fitness.

The 25-year-old Ineos Grenadiers rider told ESPN Colombia that the problem could not be remedied by surgery, reports Cyclingnews.com.

He abandoned his defence of his Tour de France titlelast month after Stage 16, at which point he was 16th overall, almost 20 minutes off the race lead.

Bernal said “The problem is that one leg is longer than the other.

"I'm already thinking about next season. It's a pretty long recovery process because basically it has caused me to have scoliosis in my spine.

"A disc in the spine managed to puncture the nerve that runs to the gluteus and goes down to the leg.

"It is exactly the place where it hurts, but it is something that cannot be sorted with surgery – it's not recommended.

Instead, it's a problem that can only be fixed with long-term rehabilitation and trying to relieve the inflammation. We need to get the disc that moves slightly back into place.

"It's quite a long process and it will take not one of two months but a long time. It's going to take a reasonable amount of time for me to be free of pain again.

"I'm in Monaco doing my rehabilitation, trying my best and staying motivated for next year – setting new goals and objectives.

"You always have to think ahead, and the way is to do things in the best way right now."

Depending how long his rehabilitation lasts, and how next year’s UCI WorldTour calendar looks as the coronavirus crisis continues, Bernal’s injury may once again present team management with leadership dilemmas for the Grand Tours and especially the Tour de France.

Despite Chris Froome’s departure for Israel Start-Up Nation for next season, Ineos Grenadiers will still have four Grand Tour winners in their ranks, including Bernal and Geraint Thomas, winner of the 2018 Tour de France.

The British UCI WorldTour outfit can also now boast the past two winners of the Giro d’Italia –   Richard Carapaz, signed this season and currently leading the Vuelta, and Tao Geoghegan Hart, who yesterday overhauled Team Sunweb’s Jai Hindley on the closing time trial in Milan to win this year’s edition of the race.