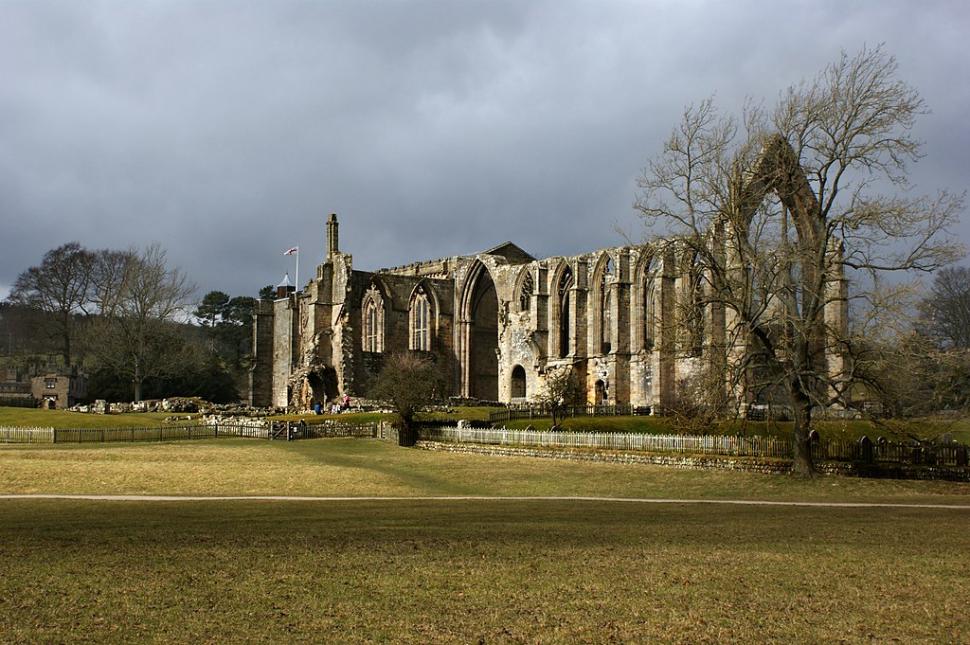 Another rider said: “This chap here would be more suitable at a nightclub on a Friday night”
by Simon_MacMichael

A road.cc reader says he that a security guard  he spoke to at Bolton Abbey last week confirmed to him that he was stopping cyclists from riding through the grounds – despite the estate that runs the North Yorkshire stately home denying this week that it was using such staff to turn away cyclists.

As we reported last Saturday, Cycling UK had expressed concerns over cyclists visiting the estate in Wharfedale apparently being prevented by security staff from crossing a wooden bridge leading to a café.

The estate responded during the week by denying that security staff were turning cyclists away – but after reading our articles, road.cc reader Steve got in touch yesterday to tell us that he had cycled past a security guard at Bolton Abbey last Sunday.

Stave said: “I asked him if he was stopping cyclists.

“He confirmed, ‘Yes, into the grounds of the house’,” Steve continued, adding that the security guard “believed cyclists could use the through road opposite,” and had told him that the BBC had been to the estate that morning.

The estate has said that the closure of the bridge to cyclists is a temporary measure while coronavirus restrictions remain in place.

It has also said that it did not use security guards, but confirmed that at busier times a member of staff might be placed on the bridge to remind visitors of the rules.

But another cyclist quoted in a BBC News report yesterday insisted that the closure of the bridge to cyclists was putting riders in danger.

Tom Whewell, from Leeds, said: “Any cyclist here is turned away and has to take a big diversion and get on the A59 and battle 38-tonne lorries," he said.

“He also expressed concerns about estate staff being posted on the bridge to turn cyclists away.

“It is like we're being criminalised. This chap here would be more suitable at a nightclub on a Friday night.”

While the estate claims that it has welcomed cyclists for many years and that current restrictions are temporary, Cycling UK had written to Her Majesty’s Customs and Excise to ask it to investigate public access to the site which is a condition of tax relief it and Chatsworth House – like Bolton Abbey, owned by the Duke of Devonshire.

1
Concerns over future of Sheldon Brown’s website as bike shop where he worked closes down
2
WiggleCRC to be taken over by German online giant
3
Supersapiens comment on UCI ban of blood glucose monitoring devices from in-competition use
4
Three chances to win with Hunt! Wheels, a ride in Tour of Britain team car and tubeless kit must be won
5
"Angry and fed up" female cyclist confronts male driver who made sexual remarks at her
6
Five cool things coming soon from Vitus, Rapha, Scott Sport, Wolf Tooth and Alba Optics
7
'Mr Loophole' lawyer Nick Freeman wades into e-scooter debate... by launching petition calling for cyclists to be licensed
8
New aero cycling kit that can only be bought if you prove your average speed is fast enough launches on Kickstarter