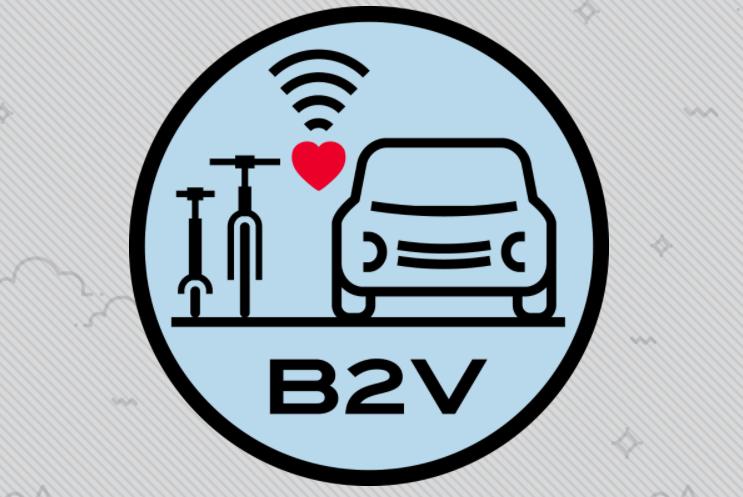 Trek, Specialized, Bosch and Ford are among companies launching a consortium to develop the technology that alerts drivers to presence of cyclists
by Simon_MacMichael

The development of a bicycle-to-vehicle (B2V) communication standard, aimed at making roads safer for vulnerable road users including cyclists, pedestrians and scooter riders by alerting drivers and their vehicles to their presence, has reached what has been described as a “critical milestone,” with a number of firms including leading companies in the automotive and cycling industries set to launch a consortium to develop the technology.

The ramping up of efforts to introduce B2V technology comes as usage of bikes rises around the world due to the coronavirus pandemic, with Ford and Tome having led a working group during the past year to look at potential applications, with several prototypes announced at CES.

Those include Trek incorporating B2V technology into its Flare R rear light, which can be used both at night and during the day, and Specialized integrating it within its ANGi smart helmet technology, which can also be paired with the Specialized Ride App.

Eric Bjorling, brand director at Trek Bicycle, said: “The pandemic has put more people on two wheels than we have ever seen before around the globe.

“As more citizens discover the mental and physical benefits of riding and look to bicycles as an alternate means of transportation, bike and auto manufacturers alike can collaborate to uncover innovative ways to make our roads safer.”

Specialized executive vice president Bob Margevicius said: “We believe that bikes have the power to pedal the planet forward – improving mental and physical health and serving as a powerful tool in combating the climate crisis.

“It's simple, the world needs more people on bikes. To make that happen, we need to make sure that riding a bike is safer than it is today for all riders.

“We’re excited to co-operate with other cycling and automotive partners to develop technology for added rider safety.”

Over the years, we’ve reported on a number of systems under development that seek to make motorists, including lorry drivers, aware of the presence of cyclists, such as Bike Alert, developed in 2012 at a hack day organised by the Guardian and Honda.

One stumbling block that such systems have faced is that in the absence of an industry standard, they cannot achieve the scale that might truly make a difference to road safety, and discussions about creating a common B2V protocol began at CES in 2018.

Jake Sigal, founder and CEO of Tome Software, said: “We have completed a critical milestone in cross-industry collaboration while we continue the research and development process through 2021 testing and on-road data collection pilots.

“We now have solidified a clear path to standards, continuing our mission for safer roads for all road users.”

Chuck Gray, vice president of vehicle components and systems engineering at Ford Motor Company, called on more leading businesses within the automotive and cycling industries to join in the initiative.

“Cyclists and e-scooter riders are a growing part of mobility solutions sharing roads, which is why Ford is investing heavily in ways to improve awareness between road users and allow more confident mobility – whether you’re on two or four wheels,” he said.

“As we advance the technology, we also need other industry leaders to join in developing standardised wireless communications technologies that can help accelerate these types of innovations for more people, sooner.”

Some argue that with technology not being failsafe, such initiatives could increase the danger for cyclists since the driver may come to rely on it more than their own senses, but with such a concerted cross-industry effort now underway, it does seem a case of if, not when, it will become commonplace.

Within the US, the national cycling advocacy group People On Bikes said that it expects that Congress to “renew their efforts in this area in 2021,” and urged that, together with President-elect Joe Biden’s administration, lawmakers “should take every approach to reduce bicycle and pedestrian deaths and fatalities on US roadways, which includes investing in B2V technology that can help keep people riding on bikes alongside cars safer.”