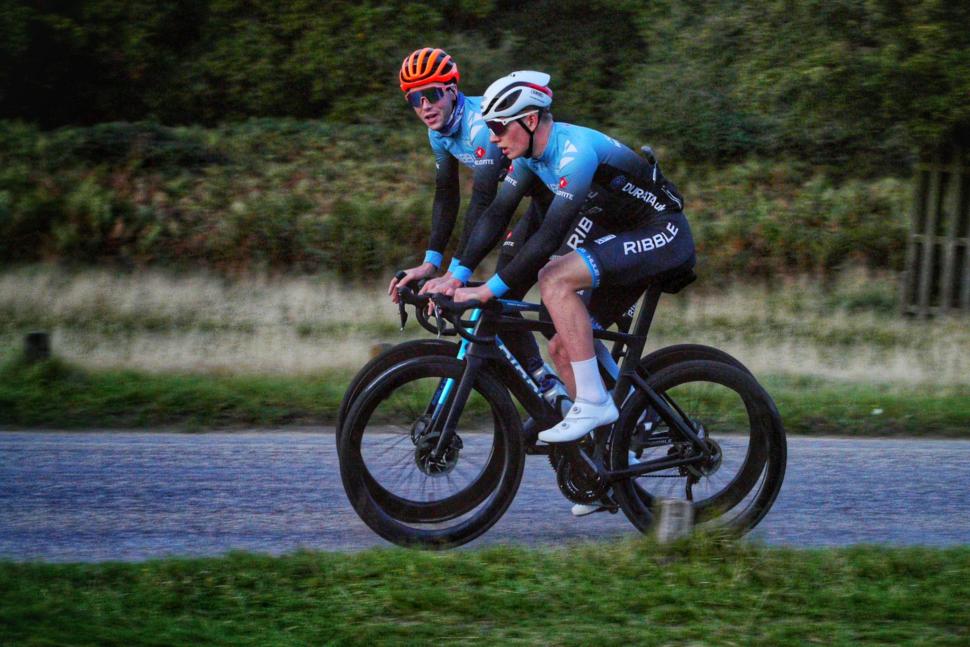 The Royal Parks acknowledges bike riders aren’t subject to same rules as motorists, but says action will be taken against those riding “recklessly”
by Simon_MacMichael

Cyclists riding in London’s Richmond Park are being told that they must ride within the same speed limits as motorists have to adhere to there – even though both The Royal Parks and Metropolitan Police have confirmed that such limits do not apply to people on bikes.

At the end of a week in which Transport Secretary Grant Shapps suggested that cyclists should be subject to the same speed limits on the public highway as apply to motorists, the Telegraph reported this afternoon that The Royal Parks has warned bike riders who do not observe speed limits in the parks under its management that they will be subjected to a crackdown and could face fines and even prosecution for recklessly endangering others.

Besides Richmond Park, The Royal Parks also manages a number of other parks in London, including Bushy Park, Green Park, Greenwich Park, Kensington Gardens and St James’s Park, as well as Hyde Park, which includes the western section of the popular Cycleway 3 protected cycle route, much used by commuters and leisure cyclists alike.

It also manages Regent’s Park, but the roads there are the responsibility of a separate body called the Crown Estates Paving Commission.

The agency acknowledged to the Telegraph that cyclists do not have to adhere to speed limits on roads in the park – typically, 5mph or 20mph – since bicycles are not required by law to be fitted with a speedometer.

But it said that bike riders were expected to observe those limits on the “park, road or path in question,” and could be fined if they were believed to “intentionally or recklessly interfere with the safety, comfort or convenience of other visitors.”

A spokesman told the newspaper: “The Royal Parks is currently reviewing and updating its regulatory signage to ensure cycling and other behavioural messages are communicated clearly to visitors.

“We are reviewing our signage, and we are currently planning how we can revise it, to deliver clearer and more visible information. Enforcement of park regulations is a matter for the Metropolitan Police Service.”

The Metropolitan Police said: “We acknowledge that while most visitors who cycle in the park are law-abiding, a small minority are not and their behaviour is an issue of concern for the wider public as well as other cyclists.

“We work closely with The Royal Parks as we enforce safe cycling across the parks, so all visitors and wildlife can enjoy the parks safely. To this end, we recommend that cyclists use the signposted limits as a guide for appropriate speeds.”

The issue of whether cyclists riding in Richmond Park are subject to the posted speed limits there is one that regularly crops up, and last October, ahead of the London Duathlon taking place there, Twitter user The Department of Parks and Recreation sought clarity on the issue from The Royal Parks.

In response, a Freedom of Information (FOI) officer at the agency said: “The roads in the Royal Parks are Crown Roads managed under the authority of the Secretary of State for DCMS.

(There is one exception – Regents Park, where the roads are managed by a separate body, the Crown Estates Paving Commission).

The FOI Officer continued: “The speed limits on the roads are specified in The Royal Parks and Other Open Spaces Regulations 1997 as amended.

“Section 4 (28) requires that: ‘No person shall drive or ride any vehicle on a Park road in excess of the speed specified in relation to that road in Part II of Schedule 2 of these Regulations.’ (Part II schedule 2 lists the parks that that have vehicular access.)

“These regulations apply to motorised vehicles, not bicycles, and therefore the use of park roads by cyclists on events such as the London Duathlon is lawful. In answer to your specific question, the speed limits were not suspended for this event because they are not deemed to apply to bicycles.”

The Metropolitan Police agreed at the time that the situation set out in that response was correct, but added: “We expect all road users to act responsibly to ensure Richmond Park is a safe place for everybody.

“Officers carry out regular patrols and will take action against those seen to be driving or riding in an irresponsible manner which intentionally or recklessly puts public safety at risk.”

Of greater concern to many who use Richmond Park is the number of drivers using the roads there, often as a rat-run, or illegally in trade vehicles which unless authorised, are banned from all Royal Parks.

In its latest newsletter, Richmond Park Cyclists, which aims to represent the views of all bike riders who use the park, said than in the most recent quarterly update from the park’s Police Panel:

There were 55 drivers fined or warned for excessive speed, 36 for driving around the barriers, eight charged for driving without due care and attention or driving to endanger any person, and six for having no insurance.  Additionally, 156 motorists were warned or fined for driving an unauthorised trade vehicle in the park.

The police warned 177 cyclists for venturing off track and three were fined.