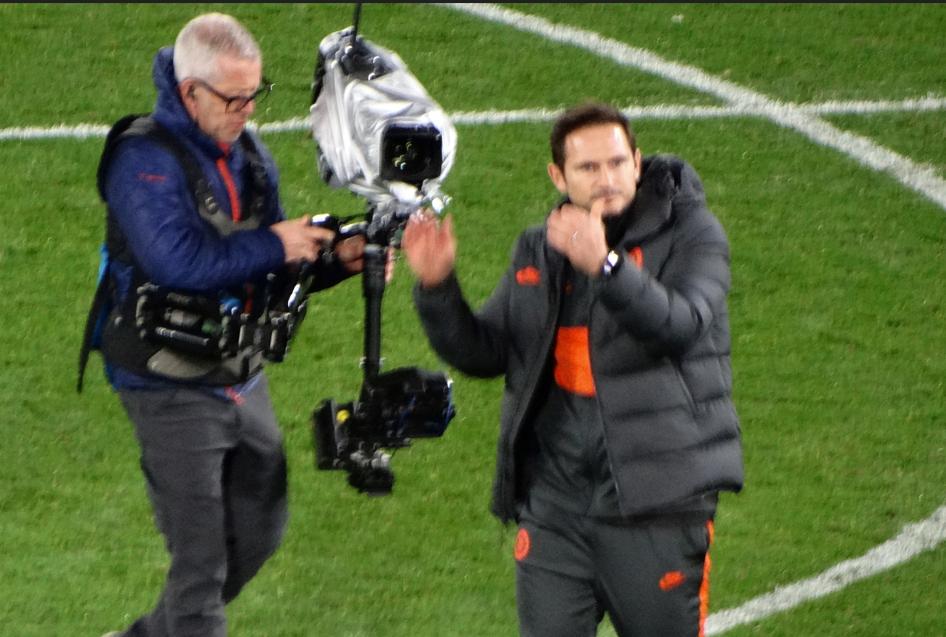 Despite footage shot by Mike van Erp, the Crown Prosecution Service says there is “insufficient evidence to provide a realistic prospect of conviction”
by Simon_MacMichael

Updated with statement from the Crown Prosecution Service.

A charge against former Chelsea and England football star Frank Lampard of using a mobile phone while driving has apparently been dropped just days before the case was due to go to trial due to lack of evidence – despite camera footage showing him driving with a cup of coffee in one hand and a mobile phone in the other.

A spokesperson for the Crown Prosecution Service (CPS) confirmed today to road.cc that the case had been shelved.

“After examining a file of evidence submitted by the Metropolitan Police Service, we concluded, in accordance with our legal test, there was insufficient evidence to provide a realistic prospect of conviction,” they said.

The ex-footballer was filmed in April last year by Mike van Erp, better known on social media as CyclingMikey, at the wheel of his Mercedes 4x4 in a slow-moving queue of traffic on Gloucester Road in west London.

The footage, which has been seen by road.cc, appears to show the ex-midfielder with a cup of coffee in one hand and a mobile phone in the other, and using one of his wrists to steer the vehicle.

Lampard was charged with “using a handheld mobile phone/device while driving a motor vehicle on a road” and had been offered a fixed penalty fine by the Metropolitan Police.

However, he chose to deny the charge and instructed the celebrity motoring solicitor Nick Freeman to defend him, with the case due to be heard at City of London Magistrates’ Court next Monday 17 January.

This morning, van Erp, who had been due to appear as a witness, told road.cc that he had been “de-warned” – ie, told that his presence at court is no longer required – and his understanding is that the prosecution has been dropped.

He told us: “I think he’s gotten off scot-free as the case was discontinued. A couple of coppers have said the justice system is broken and they are binning cases left and right to reduce the massive backlog.”

When the case was first reported by the London Evening Standard last month, van Erp – who did not recognise the ex-footballer – said that he was “pretty disgusted” with Lampard’s driving.

“I was cycling southbound on Gloucester Road and caught up to queuing traffic in both directions near the Gloucester Arms,” he said.

“I noticed this driver of a black Mercedes 4x4 holding a coffee in his right hand, and a phone in his left. I could see him talking on the phone ... whilst resting his right inside wrist on the steering wheel.”

We have contacted the Crown Prosecution Service and asked them to confirm the status of the case and the reason it has been dropped if that is indeed what has happened, or whether the court date has been cancelled because Lampard has acknowledged the offence, or for some other reason.

Freeman, who earned his ‘Mr Loophole’ nickname through securing acquittals, often on technicalities, for celebrity clients charged with motoring offences, previously represented Lampard in a 2012 case in which the 43 year old pleaded guilty to speeding on the A3 Esher bypass in Surrey, driving at 84mph when the speed limit was 50mph.

Lampard was fined £850 and his driving licence was endorsed with six penalty points, but he escaped a driving ban after Freeman argued that imposing one would prevent him from seeing his children, who lived with his former partner.

The previous year, he had been banned from driving for 90 days – reduced on appeal to 60 days – after he was caught speeding at 90mph on the same stretch of road.