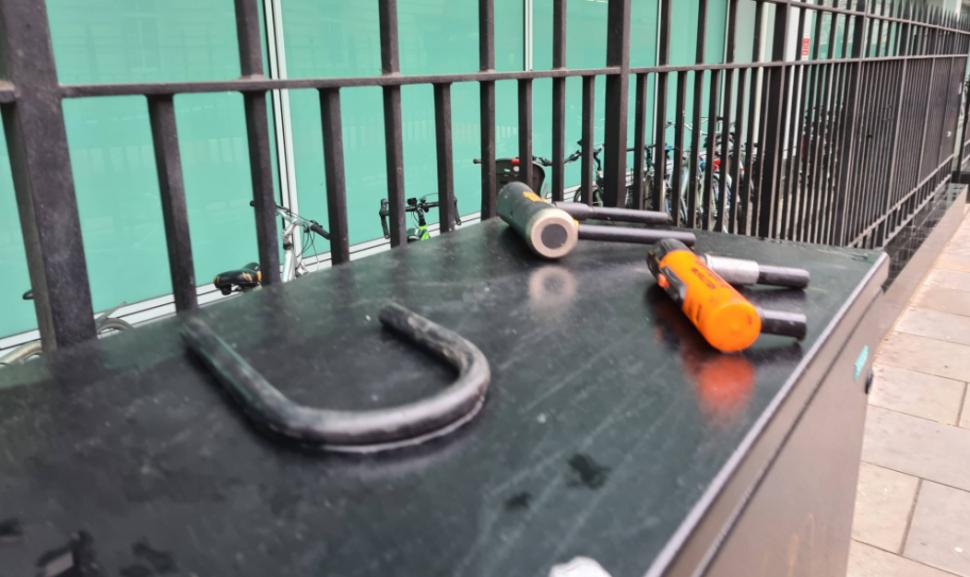 Investors in iTrakit's Indiegogo crowdfunder expressed anger at having still not received the finished anti-theft GPS tracker more than two years after backing the product.

The long battery life device, designed to sit in bike frames, was touted as a solution to thefts, and proved popular on crowdfunding platform Indiegogo, attracting £99,109 of investment from 993 backers.

However, no product has been delivered, leading some to question the legitimacy of the campaign. One backer told us, "After nearly two and a half years of vague statements on Indiegogo — only updated when people prod them into action — patience has worn really thin.

"I along with many others backed this project in June 2019 as it was associated with Condor Cycles and they apparently had a working model. Since then, yes we have had Covid, but it seems there were problems with the original iTrakit that was touted as working at the start of the campaign.

"I can afford to lose the money I have put into this — I don't know why but I had a feeling this would happen — others I suspect cannot and were hoping to use this to get their bikes back when they get nicked."

When we contacted iTrakit for comment, the team behind the crowdfunder blamed a "combination of critical technical issues" with their main chip supplier, as well as the pandemic for slowing progress, but insisted they remain "committed to getting iTrakit to market."

Due to a combination of critical technical issues with our main chip supplier from the beginning of 2020, the pandemic and a reduced team, the business roadmap was severely impacted.

The business is currently running on a skeleton team, and has over the last 12 months been developing an alternative prototype to potentially replace the original prototype, due to the ongoing issues with the chip and network integration.

This replacement device will potentially offer a stronger networked device than the original one, however we are still going through pre-manufacturing tests which will take at least another four months before we can look to take this to market. This second device will add no extra cost to the original backers.

Please understand, we are still committed to getting iTrakit to market, however we are running a severely reduced team and doing all we can to ensure we can get a working device to market.

iTrakit also confirmed there is no official partnership with Condor Cycles and have removed the Condor logo from the list of partners on its website. "Our current issues with the last 2 years should not have any negative reflection on them [Condor] in any way," iTrakit said.

In a statement provided to road.cc, Condor Cycles distanced itself from the crowdfunder, saying it is in "no way affiliated or associated" with iTrakit.

We are so disappointed to hear that iTrakit has not supplied the product to backers. We are no way affiliated or associated with iTrakit, we received no payment from them or share of funds raised.

The founder came to us with the tracker, and we know how high bicycle theft is in London and how frustrating it is. The tracker appeared to be part of a solution to mitigate the issues and we were told they were working with the police to create a better database alongside iTrakit.

We put the unit in a Condor bike and tested how easy it was to fit, this is as much involvement we had in the product. The article was written to tell our customers about this new potential product as we felt it was newsworthy and could bring some relief to riders.

We have just unpublished the news article because we think it is misleading to anyone who reads it, from what you have told us. Secondly, we have seen on the iTrakit website our logo is displayed under partners, this is unauthorised use of our logo and we have contacted them to have it removed.

We are saddened to read your comments about those who backed the crowd funding project. As part of our communication with the company we have asked them to contact their investors, apologise and ask them to find a resolution as a matter of urgency.

iTrakit remains available to purchase on Indiegogo, where the comments section is full of frustrated investors asking for refunds and saying they have been scammed.

Another said: "Time to shut it down, guys. You missed your window."

One comment posted seven days ago said: "You know what kills me the most is that you guys are still advertising to sell to people that you 'only got three left' when you don’t even have a product."