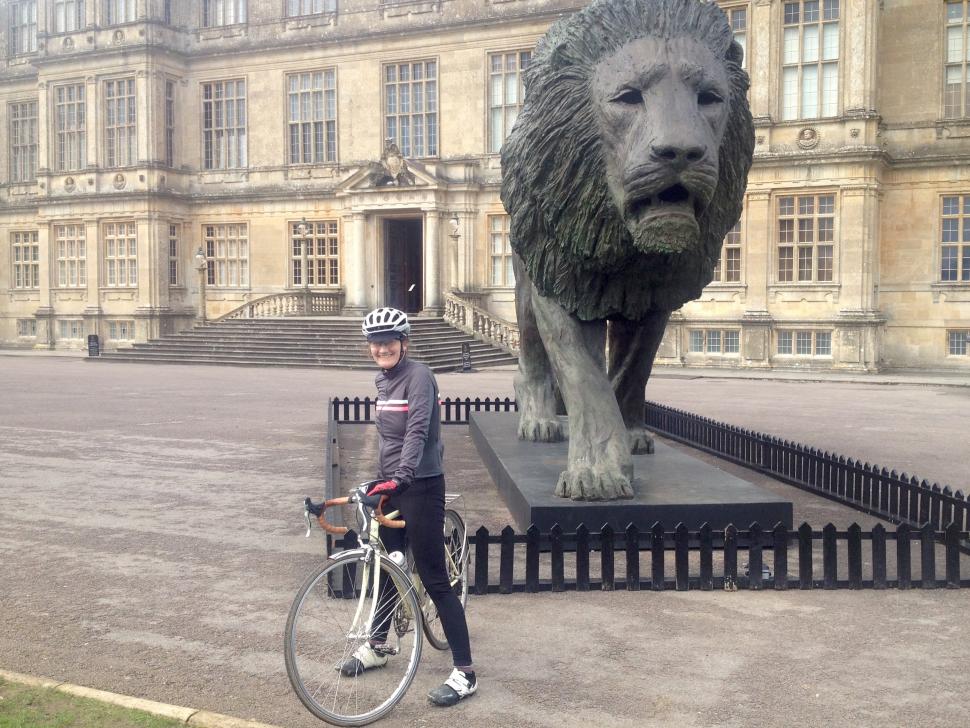 UPDATE: Longleat says all non-National Cycle Network areas of the estate are off limits to cyclists "for the safety and enjoyment of staff and guests"...
by Dan Alexander

*UPDATE: Longleat Estate provided a statement (below) to road.cc on 21/03/2022 commenting on the incident and outlining the Estate's cycling policy*

Whilst we are happy to continue to allow this access, we have taken the decision to restrict cyclists in areas of the park which sit outside of this, including the front of Longleat House. These areas are designated for ticket holders and emergency vehicles only. This is a decision which was taken after careful consideration and review, after a number incidents over the past few years. We therefore have decided to have a consistent approach when it comes to all cyclists.

We understand the vast majority of cyclists respect the estate, however for the safety and enjoyment of staff and guests who have purchased tickets to see the attractions, we have sadly had to limit access only to the agreed National Cycle Network Routes.

A road.cc reader got in touch to share their experience of over-zealous security at Longleat stately home, complaining of an "outdated and frankly pathetic attitude" towards cyclists.

road.cc reader Matt accused staff of treating him with no respect after he was told to move on from the Lion statue, at the front of the mansion dating back to the 16th century, despite obeying 'no cycling' signs by wheeling his bike.

As he left, the rider was approached by a "huge security vehicle" with a security guard responding to a report of a cyclist in front of the mansion.

"I explained that I had just wanted to take a photo of the lion, so I had got off my bike and pushed. Then came the killer line: 'You have a cycle. Therefore you are a cyclist. And cyclists aren’t allowed in there.'

"I pointed out to him that as I wasn’t on the bike I was technically (and legally) a pedestrian, and the poor man looked a bit embarrassed about the whole thing. I completely understand that Longleat is private property and that cyclists are only allowed there by permission, but this outdated and frankly pathetic attitude speaks volumes about the people who own and run the place."

Matt's story was backed up by a road.cc contributor who was moved on from the front of the house (but not before snapping the picture above next to the lion statue) while thinking about using the cafe for coffee, another part of the Estate cyclists are seemingly unwelcome.

Matt added that prior to his security encounter he was enjoying the "truly breathtaking" scenery, and suggested that if the Estate took a more welcoming approach to cyclists they could "probably make a fortune".

"If they were more welcoming to cyclists and opened a cycling-friendly cafe they could probably make a fortune," he said. "It’s a wonderful place to ride through. If you and your family are staying at Center Parcs and rediscovering or indulging the joy of cycling, please think carefully about whether you want to visit Longleat.

"Take your kids for a bike ride around Shearwater instead; it’s just as nice and you won’t be funding aggressive, regressive hatred towards a group of people who are simply doing something they love."

road.cc has contacted Longleat for a comment, and will update this story when we have it.

In 2012, Longleat briefly barred cyclists from two Sustrans routes which pass through the estate home to the UK's oldest safari park.

Staff at the Estate removed blue signs that pointed out certain 'private' roads as part of the National Cycle Network (NCN) Routes 24 and 25.

A few days later, Longleat Estate confirmed that cyclists would continue to be allowed to use sections of National Cycle Route 24 and 25, with signage to be reinstated.

Last May, Bolton Abbey in North Yorkshire was at the heart of an access row after the Duke of Devonshire employed security guards to keep cyclists off his estate.

The Abbey then denied using security guards to keep pesky cyclists off their property, saying restrictions were due to coronavirus, before a guard told a cyclist he was in fact there to stop people riding bikes through the estate.

One rider reported the "chap would be more suitable at a nightclub on a Friday night."