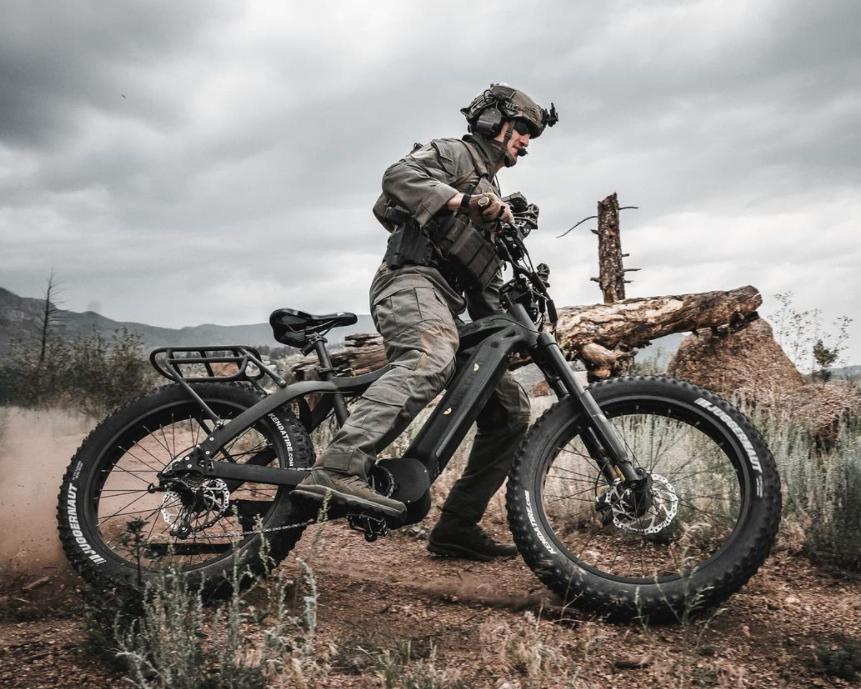 At the world's largest arms trade show in London, a number of exhibitors were showing off e-bikes optimised for use by special forces...
by Jack Sexty

While bicycles were popular military tools in the two World Wars and later favoured by the Viet Cong to ferry supplies, their usage has been limited in the 21st century... that could be about to change, with a number of high powered electric bikes including a collab between QuietKat and Jeep being shown off at the world's biggest arms fair in London this week.

iNews reports that several exhibitors at the controversial Defence and Security Equipment International (DSEI) show, a biennial defence and security trade exhibition held at London's ExCeL Centre this week, were showing off military-optimised e-bikes that will likely prove most useful for special forces. It's thought that all of the bikes on show have handlebar-mounted gun holders, and could be used to get behind enemy lines during combat.

iNews claims that Denmark, the UAE and one other European country that is a NATO member have purchased bikes already, and some of those were versions of the powerful Jeep E-Bike, made by QuietKat. 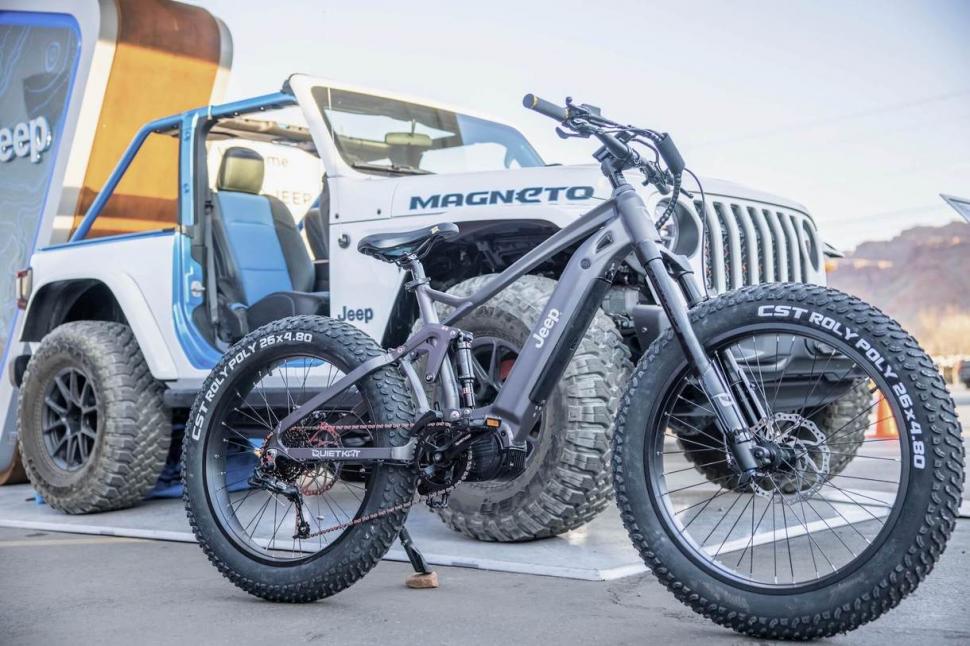 With huge tyres, a range of nearly 100km and 1000 watt motors, the military version of the Colorado-made Jeep/QuietKat bike has a portable solar panel for battery charging while on a mission, as well as the rifle holder. The UAE are currently testing it for desert combat, while it's claimed that a folding version has been requested for Danish paratroopers. The FBI is also working with Jeep, but the Ministry of Defence haven't confirmed if they have bought any military e-bikes for Britain's armed forces.

Will there be an e-bike boom in the military to follow on from the huge increase in popularity amongst civilians? Bosch has predicted that half of the world's bikes sold by 2025 will be electric, and it's the huge increases in battery technology that is thought to be the reason why armies worldwide are beginning to see e-bikes as viable combat vehicles.

QuietKat's Duncan Horner told iNews: “These bikes are really the SUV of e-bikes.

“They have been built very much with the needs of a military application in mind – the ability to be completely off-road, to carry heavy loads and be silent.

“It is ideal if you need to go those final miles where you can’t use a larger vehicle but still need the assistance of a machine.”