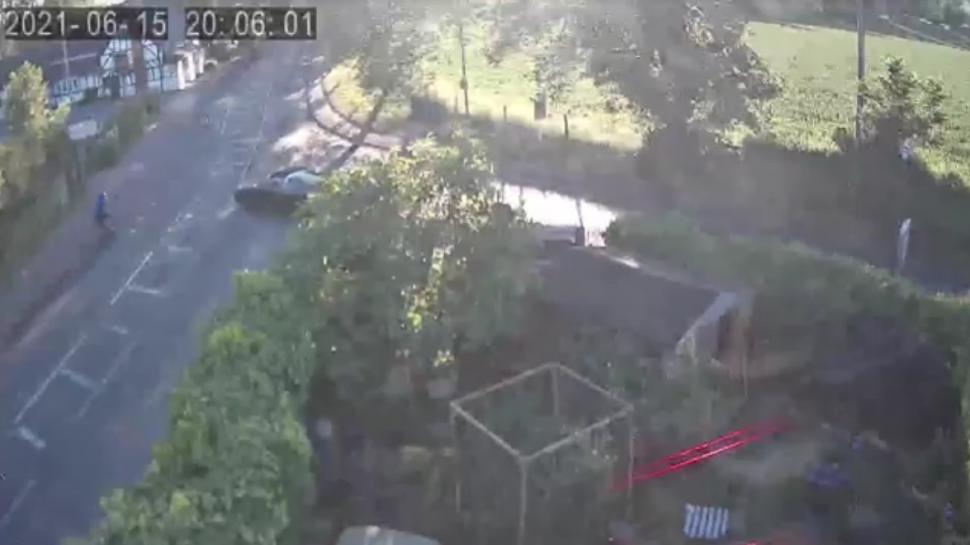 Near Miss of the Day 600: Caught on home CCTV edition

Our regular series from around the country hits another unwanted milestone, with near misses captured on CCTV and dashcam for number 600 in our series
by Jack Sexty

It's never something to be celebrated when our Near Miss of the Day series hits another milestone, as in an ideal world there wouldn't be enough incidents for us to report on regularly... unfortunately that's not the case, and our 600th is the first submission captured from a home CCTV camera. There's also a 'bonus' filmed from the dashcam of road.cc reader Tony's van.

At 19 secs into the first video, we see the driver of a black sports car pulling out of a junction, only to come to a sharp stop in the middle of the road as they spot a cyclist at the last minute. Though the footage is grainy, we can see the cyclist glance to their right as thankfully, the driver slams on the brakes just in time.

In the second clip (taken on 16th June 2021), we see a driver overtaking a cyclist on a single carriageway while Tony is travelling in the opposite direction in his van. Rather than waiting for a couple of seconds for the van to pass, the driver overtakes the cyclist with inches to spare in the same narrow lane.

Tony told us: "Unfortunately, neither car is identifiable so I cannot submit them. Maybe the cyclists will recognise themselves or the incidents."