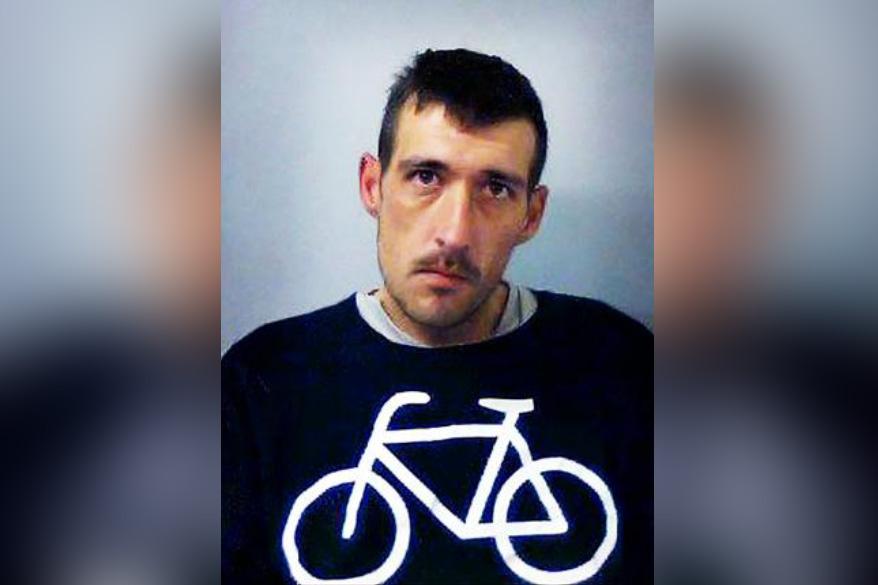 A serial bike thief in Oxford who stole again while he was awaiting sentencing for previous thefts has been jailed.

Oxford Crown Court was told that Alan Goodman, aged 38(pictured above), stole an electric bike belonging to a hospice doctor and worth more than £3,000 on 7 September, reports the Oxford Mail.

The owner of the bike, who works at the city’s Sobell House Hospice, activated its GPS tracker, enabling police to trace it, albeit with a damaged front pannier and missing rear child seat.

The court heard that Goodman, a drug addict, had committed a series of bike thefts over the past 18 months.

Those included stealing a bike from outside a supermarket in Didcot in April 2020, with Goodman insisting he believed it belonged to a friend and claiming he subsequently dumped it, although the bike has never been retrieved.

He also stole a bike from Oxford’s John Radcliffe hospital in June this year, and attempted to steal another the following month from a bike shed on the city’s Keble Road.

A security guard tried to shut the door of the storage unit to trap Goodman, but he managed to push the door open and escaped after swinging a bike lock at the guard.

He had been granted bail at Oxford Magistrates’ Court last month after he admitted theft, common assault and criminal damage.

He had been due to be sentenced for those offences at Oxford Crown Court on 1 September but failed to appear, claiming that he believed he had contracted coronavirus but was unable to contact the court or his solicitor since he had no credit on his mobile phone.

A week later he stole the doctor’s e-bike, and told in his latest court appearance by Recorder Emily Formby QC that he would have to pay the victim £260 in compensation, he replied, “She got her bike back, your honour.”

Goodman, whose defending council Emma Hornby said in mitigation that he had used heroin and crack cocaine for nearly two decades but was now receiving help from a drug dependency charity, also admitted being in breach of a three-month suspended jail sentence handed down in 2018 after he stole a bike valued at £3,000 from a shop in Oxford.

The judge told him: “I have spent time thinking about everything that has been said on your behalf this morning trying to consider what the best sentence to pass is to reflect your offending behaviour and the drug addiction that sits behind your offending.”

She said he had shown no remorse and only a custodial sentence was appropriate given the seriousness of his crimes, jailing him for 22 weeks with an additional two months’ imprisonment for breaching his previous suspended sentence.