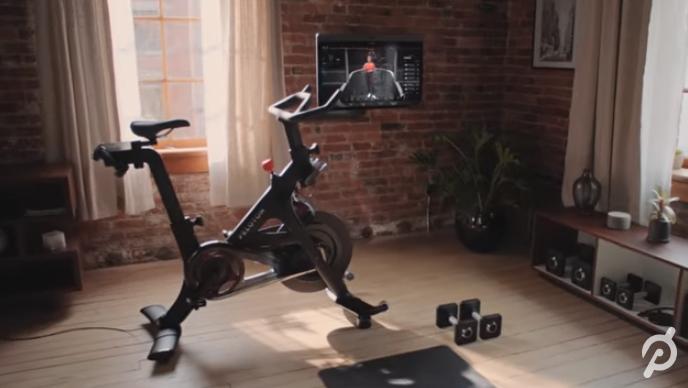 Connected fitness brand Peloton says it will airfreight its bikes and treadmills from the Far East to the US in an attempt to circumvent the current global shipping capacity, the news coming as it reveals that its quarterly sales have topped $1 billion for the first time.

Writing on the company’s blog on Thursday, the same day the company announced its results for the second quarter of its 2020/21 financial year, Peloton co-founder and CEO John Foley set out the steps it is taken to overcome logistics problems amid surging demand for its products.

Apologising for the delays and rescheduled delivery dates that many customers are experiencing, he said that the business had increased its manufacturing capacity six-fold in the past year, but explained that shipping bikes and treadmills from production sites overseas had “proved challenging in this environment,” with the coronavirus crisis disrupting shipping globally, with a shortage of container capacity pushing up costs as well as delays at ports due to measures taken to try and contain the pandemic.

“You may have read about the port congestion in Los Angeles and Long Beach, where shipping container volume has doubled in the last 12 months,” he wrote. “The global increase in shipping traffic has added significant delays to all sorts of goods coming into US ports, including Peloton products. These unpredictable delays have resulted in painful delivery reschedules for many people as Peloton Bikes, Treads, and accessories have been held at Port for upwards of five times longer than usual. For that, I again apologise.”

He said that with immediate effect, the company is “investing over $100 million to help expedite the movement of Bikes and Treads globally, in order to meet our delivery commitments.  On average, in the coming months, we will be incurring a transportation and delivery cost that is over ten times our usual cost per Bike and Tread, including, in many cases, shipping them by air instead of by sea.

Stressing the company’s commitment to “create more local jobs” in its principal markets – the US, Canada, the UK and Germany – Foley said that the business now operates “nearly 50 of our own dedicated Field Operations centre” in those countries.

“In these facilities, local Peloton employees assemble and test thousands of Bikes and Treads per day, right in-country,” he added, outlining plans “to expand our US-based manufacturing operations on an even more impressive scale.”

In the three months to 31 December, Peloton’s total sales were $1.06 billion, a 128 per cent year-on-year increase with revenue including $870 million from hardware such as its bikes and treadmills, plus $195 in subscription fees, resulting in net income of $63.6 million.

The company, which has received a major boost due to lockdowns in its key markets encouraging people to exercise at home, says it now has 1.67 million connected fitness subscribers, a 134 per cent increase on the previous year and 625,000 paid digital subscribers, up by 472 per cent, with total membership now standing at 4.4 million.