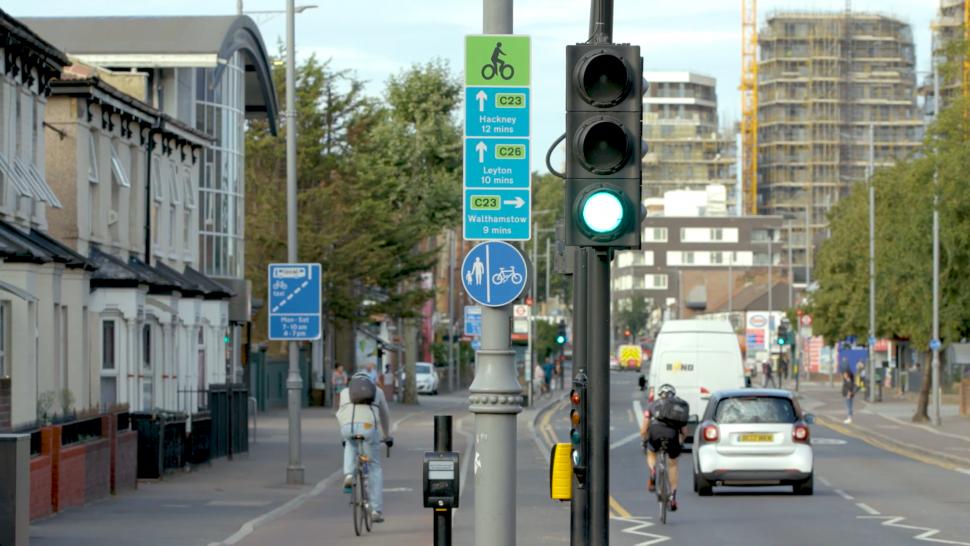 London properties along major cycle routes are on average seven per cent more expensive than the surrounding area, with renters paying a 20 per cent premium to live close to the routes formerly called Cycle Superhighways.

The figures come courtesy of Boomin, and saw the property website study average buying and renting prices of the 43 London postcodes the capital's main cycleways pass through, before comparing with the average price in the wider borough to paint a picture of how much more living next to one of the cycle routes costs.

Transport for London is in the process of rebranding the aforementioned Cycle Superhighways as Cycleways, with Boomin analysing prices along six main routes: Kentish Town to Elephant and Castle, Merton to the City, Tower Hill to Lancaster Gate, Stratford to Aldgate, Wandsworth to Westminster, and Tottenham to the City

Citing a change in attitudes towards cycling since the pandemic, Boomin's research found that 73 per cent of London buyers and tenants would now prioritise living within close proximity of a major cycle route over living similarly close to a tube station.

It also showed the premium of living close to a cycle route, with a major cycleway accessible property on average £46,249 (7 per cent) more expensive than the cost of buying elsewhere in the borough.

The rental market showed an even greater percentage disparity between tenancies close to cycle routes and those elsewhere in the borough.

The Kentish Town to Elephant and Castle route saw the greatest mark-up, with prices on the cycle route setting tenants back an average of £2,413 per month, £619 (35 per cent) more than properties elsewhere in the borough.

All six routes have a rental premium, to differing degrees. Tower Hill to Lancaster Gate (£465 per month) was second highest, backed up by Wandsworth to Westminster (£379), Stratford to Aldgate (£246), Merton to the City (£228) and Tottenham to the City (£227).

On the buying side, Tottenham to the City was the only one of the six to have cheaper prices along the route than elsewhere, with a cycleway property setting you back on average £643,439 – just under £50,000 less than the average cost of buying in the four boroughs it bisects.

Michael Bruce, CEO and Founder of Boomin told the London Post: "Cycling is perhaps the best way to traverse the capital, particularly for those heading to and from work, as it not only allows them to avoid the dreaded tube, but it's great exercise and it can save you a considerable amount on public transport costs.

"Of course, the downside is that London's roads can be perilous, as we are unfortunately all too aware of, so utilising one of the capital's major cycle routes is a great way to minimise the dangers of commuting by bike.

"However, renting or buying close to one of these major routes will come at a greater cost, but while this may eradicate the money saved on a travel card, you can still reap the other rewards that a more active lifestyle will bring."