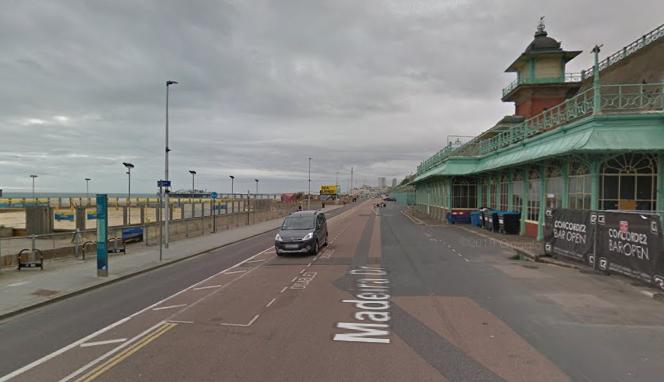 Brighton & Hove City Council will this week consider two rival petitions regarding the seafront Madeira Drive, closed to motor vehicles since April – with one that calls on the local authority to reopen the road to all traffic currently supported by three times as many people as the one urging the council to keep it for cyclists and pedestrians only.

The council closed the road to cars and other motor vehicles from Monday 20 April to give locals more space to take their outdoor exercise during the coronavirus pandemic, including walking, running and cycling.

The initiative saw the council become the first local authority in the UK to impose a road closure during lockdown to enable social distancing, and the boldness of its plans for cycling and walking infrastructure resulted in it being awarded £594,000 in the first tranche of the government’s funding for emergency cycling and walking infrastructure.

It has been allocated a further £2.367 million in the second wave of funding for a total indicative spend of around £24 per resident – the highest of any local authority in England.

However, the council is now coming under strong pressure to reverse the measures in place on Madeira Drive, which since 1896 has hosted the finish of the world’s oldest motoring event, the London to Brighton Veteran Car Run, as well as the Brighton National Speed Trials, first held in 1905.

The petition to reopen the road, which has amassed more than 10,000 signatures, was launched by the National Transport Trust and has been heavily promoted by car enthusiast and motorcycling organisations and websites across the country. It calls on the council to reopen the road

to all users without further delay to save the businesses operating there, reinstate access for motorcyclists, scooterists, taxis and coaches, and enable visitor parking.

Brighton and Hove has suffered enormous economic damage owing to lockdown and needs all the help it can get to recover.

A rival petition to keep the changes as they are for the rest of the year has received just over 3,000 signatures, and says that the closure

provides crucial exercising space for local residents to use (whilst following social distancing) without the risk of road traffic accidents.

Since its closure to road traffic in April due to COVID-19, Madeira Drive has provided lots of additional safe space for walking and exercise and is always busy. There is plenty of road parking on Marine Parade, which is always empty.

Given the heavy promotion of the petition to reopen Madeira Drive to all traffic, such as this article on the motorcycling website VisorDown, and the fact that there is no requirement to insert an address when adding a signature, it does not seem unreasonable to assume that many – perhaps most – of the people signing it live outside Brighton and visit it rarely, if ever.

Certainly that is the impression given by the VisorDown article, which, after claiming that the “strong Green Party presence in the council” sees vintage motor vehicle events “as polluting and unnecessary wastes of space” highlights that people responding to the council’s consultation on the issue “don’t have to divulge who you are, where you live or any other personal information.”

By the same token, it’s not hard to imagine that most of the people signing the counter-petition would live locally and in many cases would have been enjoying the extra space afforded by the road closure.

As a result, and as we have seen elsewhere in the country where some local authorities have swiftly reversed temporary cycling infrastructure following complaints by motorists – some of them summarised by Duncan Dollimore, campaigns manager at Cycling UK in this blog post, there is a risk of the council giving way to what it perceives to be public opinion, even if that does not truly reflect what the people of Brighton actually want.

The council’s meeting takes place from 4.30pm on Thursday 23 July and will be streamed online.