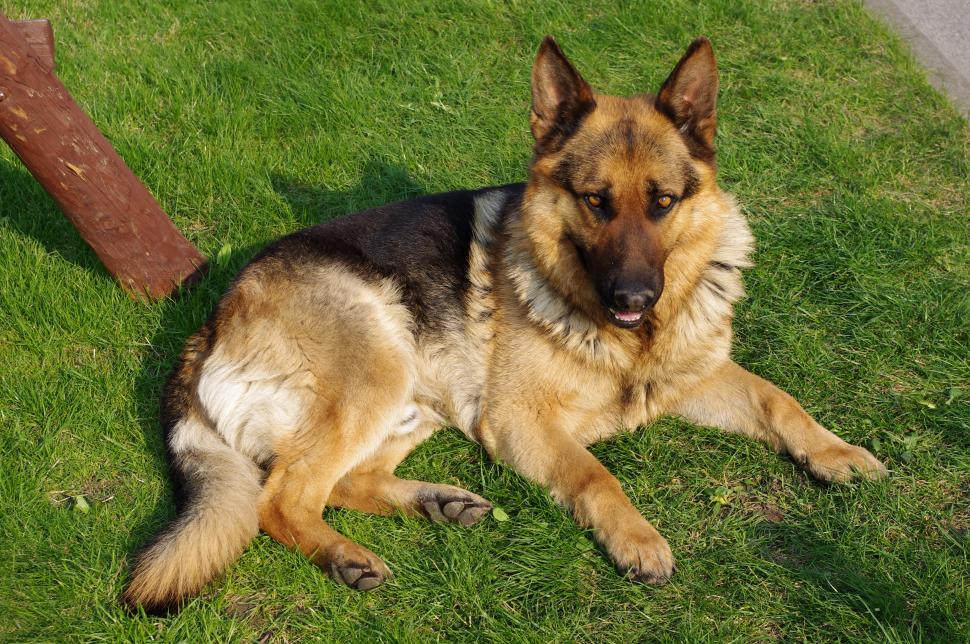 A teenage cyclist suffered puncture wounds that needed hospital treatment after being bitten by a pet German Shepherd on a reclaimed former railway in Derbyshire in April.

The Derbyshire Times reports Patricia Williamson told a court this week that her dog suffers "anxiety" around cyclists having been hit by someone riding a bike when she was a puppy.

The incident happened on April 29 on the former railway between Clowne and Woodthorpe when, according to prosecutor Rebecca Williamson (no relation to the defendant), the 14-year-old "noticed two dogs in the area".

"He described seeing them out of nowhere and one dog coming towards him and biting him at the bottom of his left leg," she continued. "The bite punctured the skin, causing it to bleed."

The dog's owner, 63-year-old Williamson — who was fined £140, ordered to pay £200 compensation, a £34 victim surcharge and £85 court costs — was "apologetic straightaway" and "put the dog back under control".

"She explained the dog didn't like bikes because it was hit by one when it was a puppy," prosecutor Ms Williamson continued, pointing out the dog was not on a lead but had been wearing a head collar.

According to the solicitor representing the dog's owner there have been no other incidents with the five-year-old Alsatian and the pet interacts with Williamson's seven grandchildren regularly without issue.

A magistrate told her: "A young child was injured and the dog was off the lead at the time — this caused significant injuries to a young person. However we have heard the dog is by and large a family pet and there have been no issues in the past.

"This appears to be an isolated incident and you were mortified by the effects of it."

Williamson admitted being in charge of a dog which was dangerously out of control and was given a contingency destruction order in relation to her pet, that it should be muzzled and on a lead at all times when in public.

Main image for illustration purposes only.